Titans to distribute face coverings to fans for game against Bills

The face coverings will be given to the roughly 8,600 fans who attend the Tuesday night matchup. 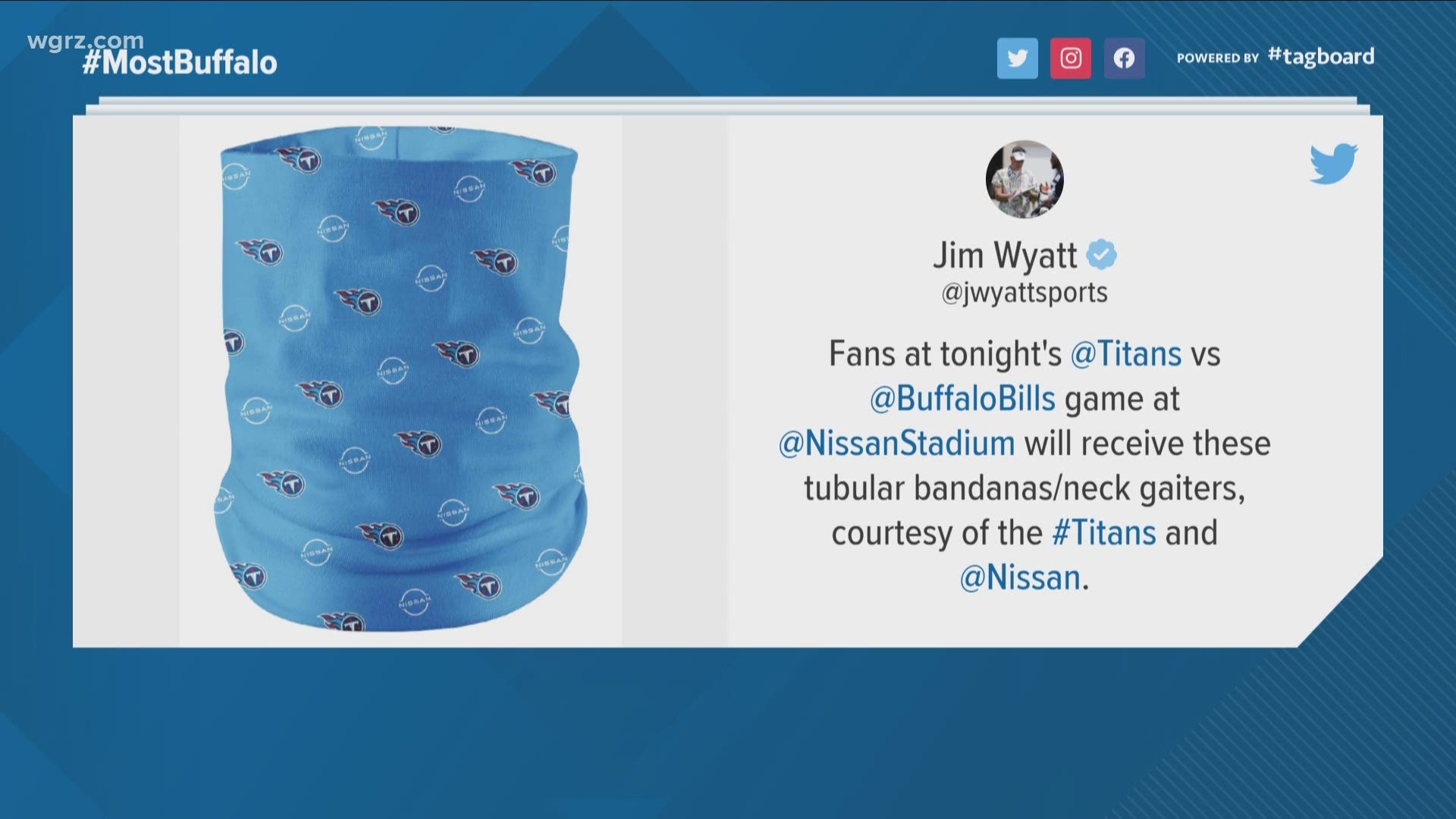 NASHVILLE, Tenn. — The Tennessee Titans plan to give away a pandemic-friendly keep sake to each fan before they enter the stadium: a face mask.

The Tennessee Titans beat reporter Jim Wyatt alerted fans on Twitter ahead of Tuesday night's matchup against the Buffalo Bills that fans will be receiving a, what Wyatt described as, "tubular bandanas/neck gaiters."

Others may call it a face mask or face covering.

The face covering will be given to fans courtesy of the team and Nissan, who owns the naming rights to the stadium in Nashville.

Prior to their COVID-19 outbreak, the Titans announced in mid-September that they were going to be slowly bringing fans back into the stadium for games.

For tonight's game against the Bills, they will will allow 12.5% capacity, or roughly 8,600 fans to be in the stadium for the game.

Kickoff tonight is at 7 p.m.

Fans at tonight's @Titans vs @BuffaloBills game at @NissanStadium will receive these tubular bandanas/neck gaiters, courtesy of the #Titans and @Nissan. pic.twitter.com/3kfDdzYqiX