The projected No. 1 overall pick in this April’s NFL Draft has announced he is leaving Clemson and headed to the league. 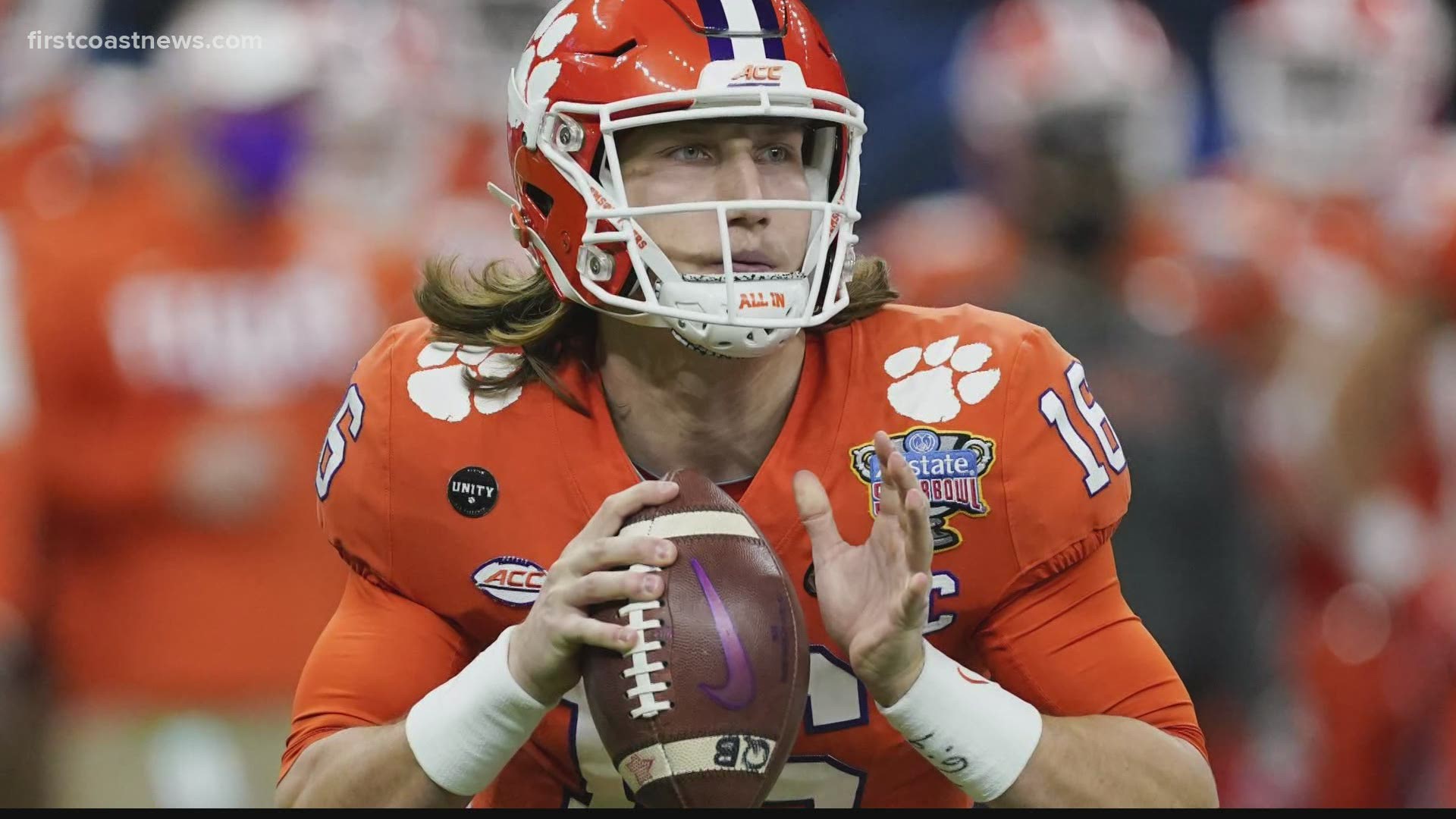 Trevor Lawrence will not be returning to school. He’s headed to the NFL.

And, in turn, by most accounts: he’s headed to Jacksonville.

The projected, No. 1 overall selection in the 2021 NFL Draft (of which the Jacksonville Jaguars own the rights to) announced today that he will go pro. Lawrence made the announcement via his social media accounts.

The Cartersville, Georgia, native was a three-year starter for Dabo Swinney’s Clemson Tigers, leading them to the 2018 National Championship as a true freshman and two more appearances in the College Football Playoff his sophomore and junior seasons. Lawrence finishes his college career having thrown for more than 10,000 yards and 90 touchdowns. He led the Tigers to three ACC Championships, including this year – despite missing a pair of games after testing positive for COVID-19. Clemson fell to fellow-projected draftee, Justin Fields, and Ohio State 49-28 in the College Football Playoff semifinals on New Year’s Day.

The Jaguars gained the rights to the No. 1 overall selection via their record, 15-game losing streak this year – which coincided with the New York Jets’ Week 15 and Week 16 victories. The Jets had begun the year 0-13.

RELATED: Jaguars Owner Shad Khan will be more hands-on in 2021

RELATED: Five candidates to become the next Jaguars Head Coach