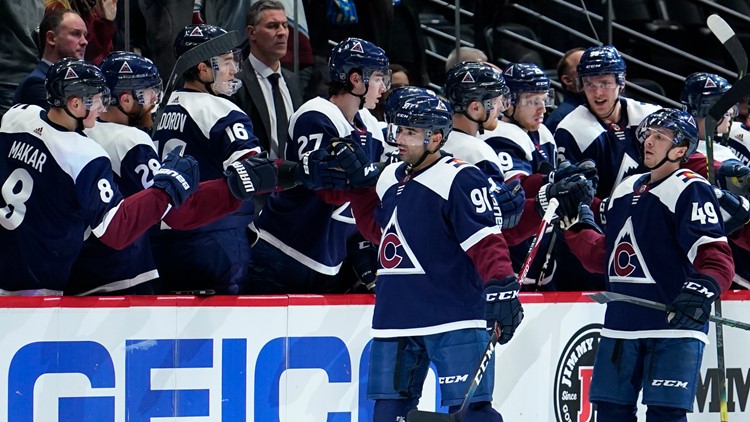 Photo by: AP
Colorado Avalanche center Nazem Kadri celebrates a goal against the St. Louis Blues with teammates on the bench during the second period of an NHL hockey game, Thursday, Jan. 2, 2020, in Denver (AP Photo/Jack Dempsey)

Avalanche break out of slump by blasting the Blues

It might be the wrong sport, but Colorado hung seven goals on St. Louis Thursday night at Pepsi Center en route to a 7-3 win.

Nazem Kadri had two goals for the Avalanche and five other players also put their name in the scoring column.

Philipp Grubauer made 24 saves for Colorado in net.

The Blue had won eight of nine games entering the contest, before falling to the Avalanche for the first time this season.

Colorado next plays at New Jersey on Saturday night.