Five Avs players are on the "unfit to practice" list, which is NHL-speak for the COVID-19 list. 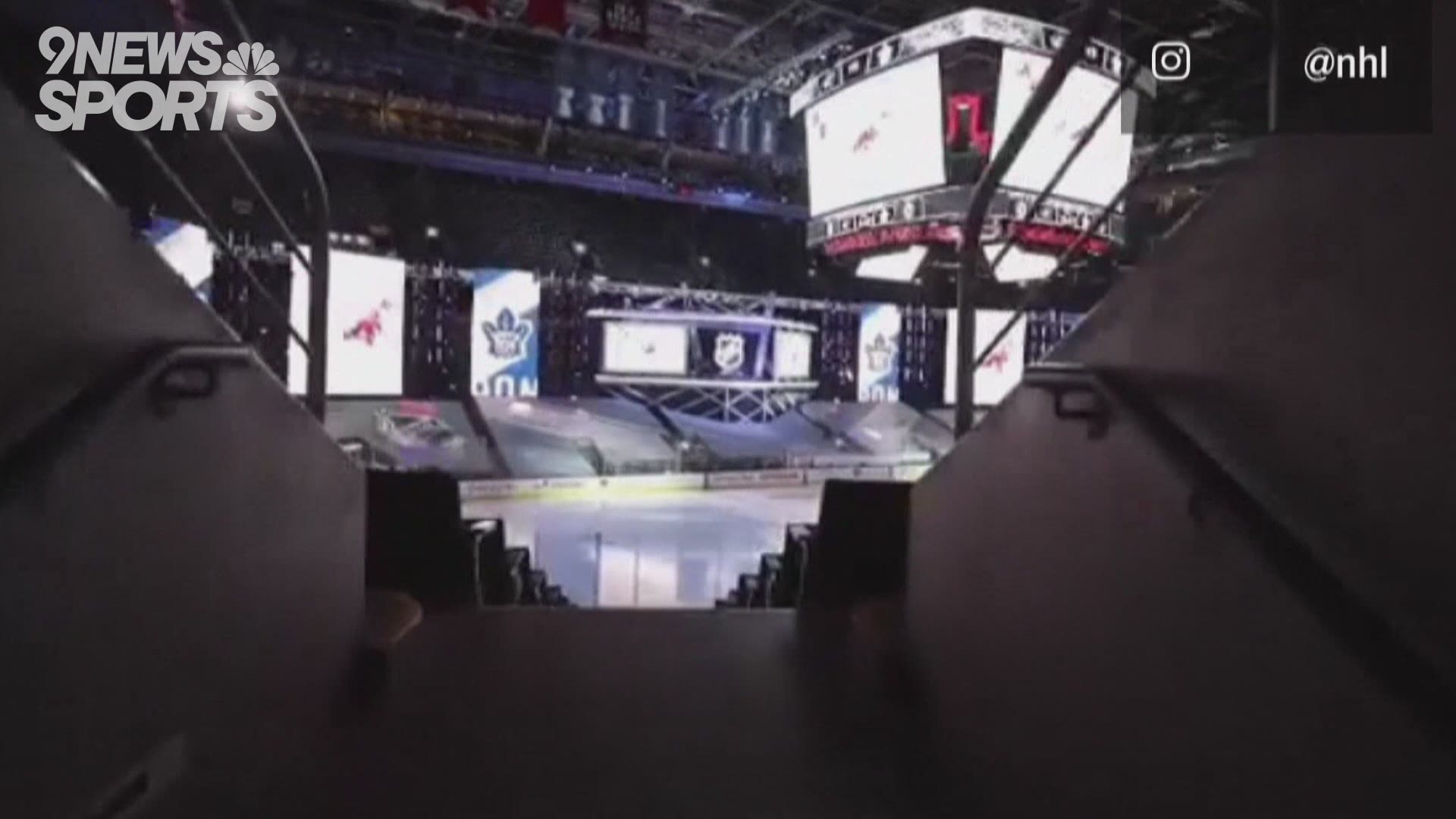 ENGLEWOOD, Colo. — The bubble has already popped for the Colorado Avalanche.

That's four starters, including the starting goaltender, all out before the season even starts.

Bednar said they're taking precautions to prevent an outbreak, but what happens if they end up in a Broncos-type situation?

"Has there been discussion as far as losing all of our goalies, I'm sure there has. That discussion is taking place with the GMs, the owners and the league," Bednar said.

Defenseman Ian Cole said the team is limiting their time spent outside of the rink, but that might affect the camaraderie.

"You know, it is tough to build that chemistry away from the rink, whether that's here at home or on the road or going out to dinner or hanging out in each other's rooms, or whatever. Unfortunately that aspect of growing as a team is kind of set aside at the moment, which isn't ideal," Cole said.

Still, the guys are taking it in stride.

"It'll be better than the bubble, we might actually get to see some grass. But it is what it is. People are going through harder times than us," said Avalanche forward Nathan Mackinnon.

"It's going to be a lot different, more time at the hotel so I might have to bring the PlayStation on the road for the first time but we'll see how it goes," said Avalanche forward Mikko Rantanen.

Still, it's all about perspective.

"There's a sacrifice you have to make in order to do the greatest job in the world, which in my opinion is coach this team or play for this team, and all of our guys are willing to make those sacrifices," said Bednar.