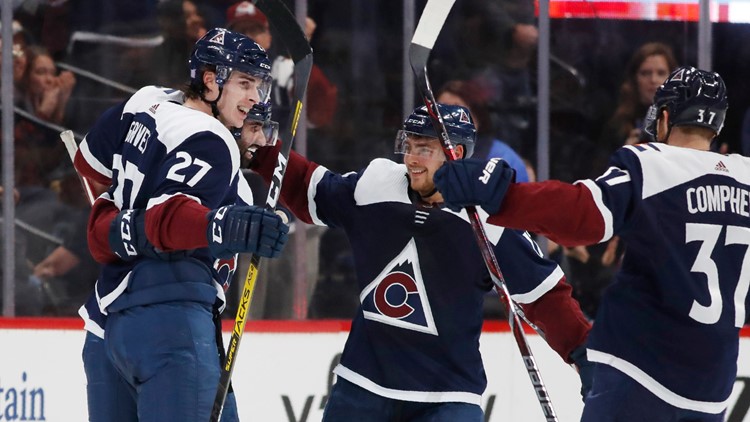 Nathan MacKinnon had a goal and three assists before sitting out the third with an upper-body injury. Cale Makar and Ryan Graves each added a goal and two assists for the Avalanche, who snapped an eight-game home losing streak to Nashville dating back to Jan. 8, 2016.

Nashville led 3-2 after Filip Forsberg and Matt Duchene scored in the first 4:55 of the second period but Colorado took over with six goals in eight minutes. Donskoi and Graves scored 20 seconds apart and Andre Burakovsky got another 1:11 later to make it 5-3 and chase Predators goalie Pekka Rinne.

Rinne, who came into the game with a 2.31 goals-against average versus Colorado, gave up five goals on 22 shots.

Juuse Saros came on and allowed a short-handed goal to Matt Nieto 50 seconds later. Matt Calvert scored at 10:01 and Donskoi's second of the night at 13:26 made it 8-3.

Craig Smith scored in the third period for Nashville, and Donskoi completed the hat trick with his eighth goal of the season at 17:53.

Pavel Francouz made 20 saves for the win in place of Philipp Grubauer. Colorado coach Jared Bednar said Grubauer will miss two games with a lower-body injury.

Makar scored his second of the season 50 seconds into the game. Ryan Ellis tied it midway through the first and MacKinnon got his ninth during a 5-on-3 power play late in the first.

NOTES: Saros finished with 19 saves. ... Colorado D Nikita Zadorov sat out the third period with an upper-body injury. ... Rinne is 25-10-2 against the Avalanche. ... The Avalanche recalled goalie Adam Werner from Colorado of the AHL. Werner, the team's fifth-round draft pick in 2016, was 5-4 with a 2.88 goals-against average in nine games with the Eagles. The Avalanche also recalled C T.J. Tynan from the AHL.