Avalanche have three different types of debuts Tuesday vs. Sharks

Bowen Byram will make his Ball Arena debut, Erik Johnson his home debut for the season and Kiefer Sherwood his Avalanche debut. 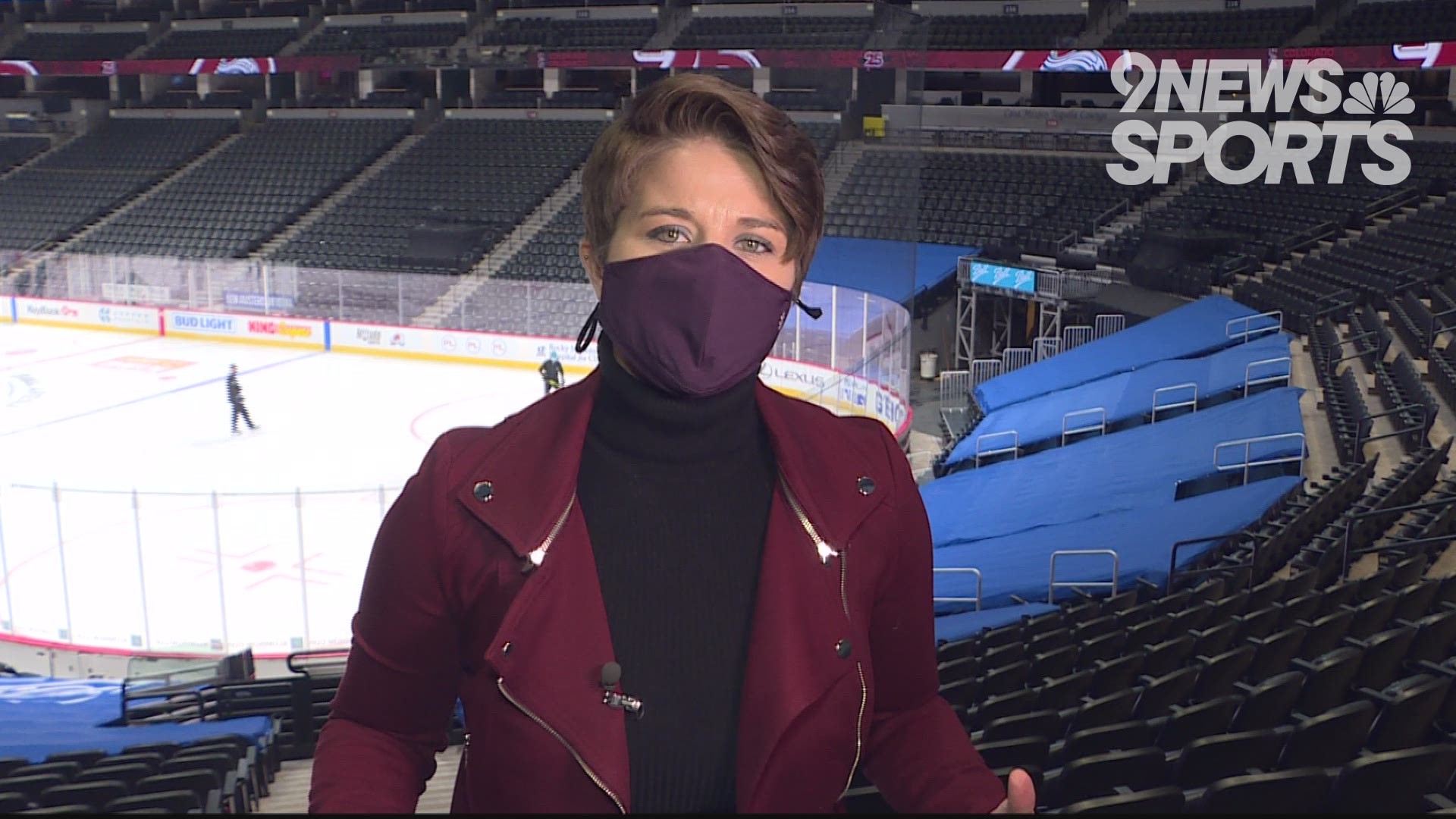 "I would expect he could do what he did for us in the last two games in Anaheim, I thought he was great," Avalanche head coach Jared Bednar said Tuesday morning.

Byram logged a career-high 18 minutes in his third outing. And while the team can send him back to Juniors after a six-game evaluation, it would appear the Byram experiment is here to stay.

"I'm not surprised, but I'm pleased with the way he's been defending, both on the rush and in (the) d-zone. Then, on the offensive side of it, we've seen him jump in and make some dynamic plays. You don't have to look much further than the pass he (gave) to Mikko (Rantanen on the give-and-go for the backdoor goal). I think it's a good sign of what's to come."

Also making his first home game appearance of the season Tuesday night is Erik Johnson, who missed time due to COVID-19. The alternate captain said it's his job to look after Byram and the newbies.

"I want all of these young guys to feel more comfortable. The more comfortable they are, the better they'll play. I've been trying to help him as much as I can, but on the ice, he doesn't need much help. He's going to be here a long time and be a really good player," Johnson said.

The third time must be the charm, because Kiefer Sherwood will make his Avalanche debut, stepping in for the injured Matt Calvert.

"I'm the new kid on the block so I need to earn my stripes and try to open some eyes and try to earn some respect in the locker room and amongst the guys," Sherwood said.

And the fresh legs will hope to provide a fresh spark for the surprisingly 3-3-0 Avalanche.

RELATED: Ducks use strong offensive game to take down Avalanche 3-1