The Avalanche took an early 1-0 lead but gave up four straight goals in a disappointing 4-1 loss. 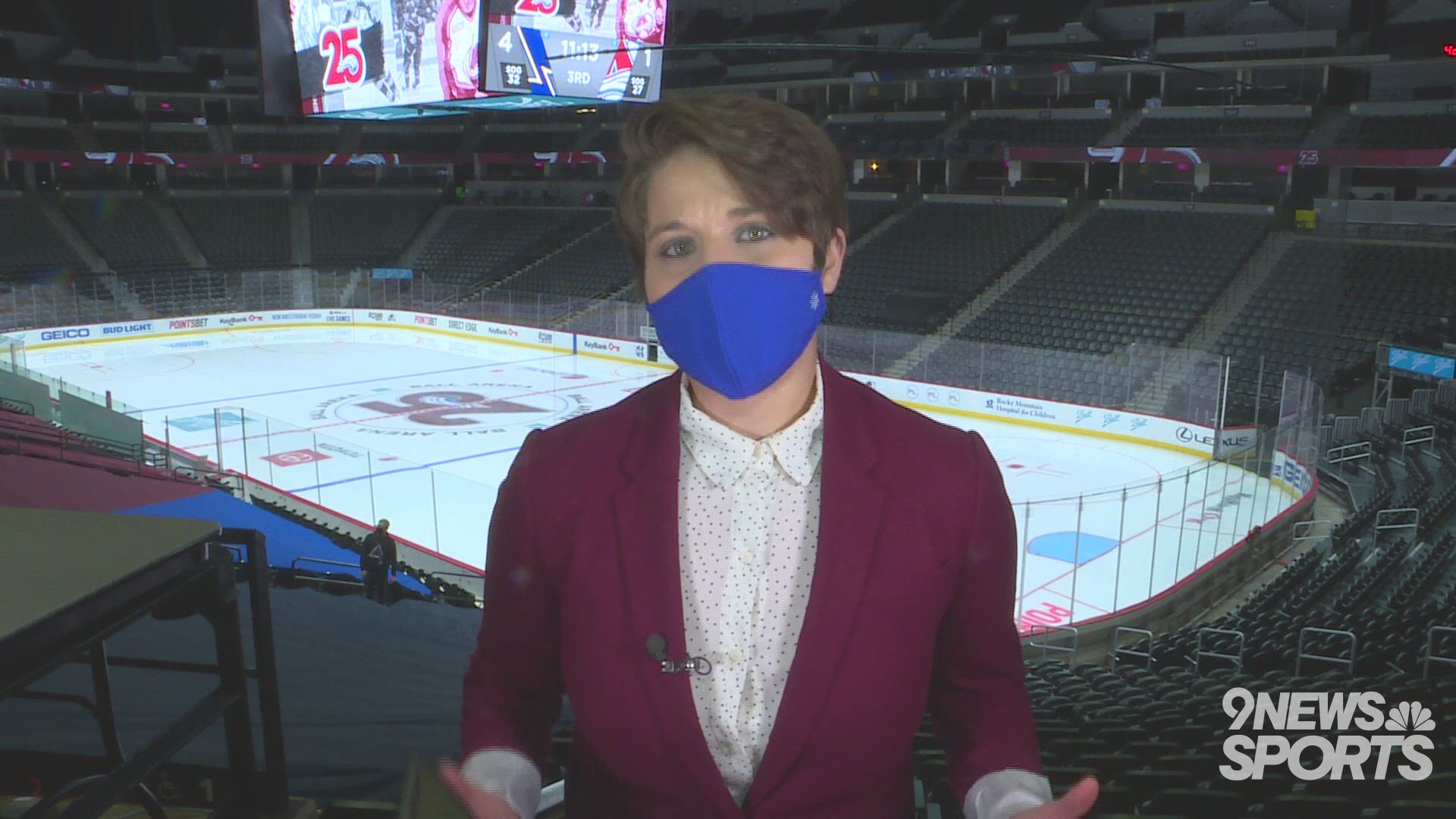 DENVER — It was a first for a lot of thing on opening night for the Colorado Avalanche.

The first puck drop in a newly named arena wearing a new uniform combo in front of zero fans. It was also the first loss for head coach Jared Bednar on opening night since he took over the team five years ago.

"They deserved to win the game, no question. Hopefully that's a good wakeup call for our team," Bednar said after the Avs 4-1 loss to the Blues on Wednesday night to start the 2021 season.

It was like a premonition in pregame as Bednar said his biggest concern heading into the opener was how his team would physically compete against an opponent.

He got his answer, as the Avalanche were just plain outworked.

"As hard as you compete in camp and as much as I liked our camp, it's just a completely different level when you get the opposition in your building or you're playing against another team. To me, we just got outworked right from the start. Not ready to go, lazy habits, hoping it was going to be easier than what it was and it showed," Bednar said.

A shortened camp still leaves no room for excuses, as there's just no time.

"I think we got outcompeted in a lot of areas today. It was a short camp, but that's not an excuse," said Avs goalie Phillipp Grubauer.

"Everybody has to look in the mirror a little bit and just be better in every area," said forward Mikko Rantanen.

The Avalanche don't have much time to lick their wounds. They'll be right back at it Friday night to face the same St. Louis team as they try to even up their record at 1-1.

RELATED: Avalanche ready to open 2021 season without fans, but will miss their energy