Emergency goalie activated! Meet the guy who suited up for the Avs during a recent road game

'You really are technically one bad incident away from being in an NHL game.' 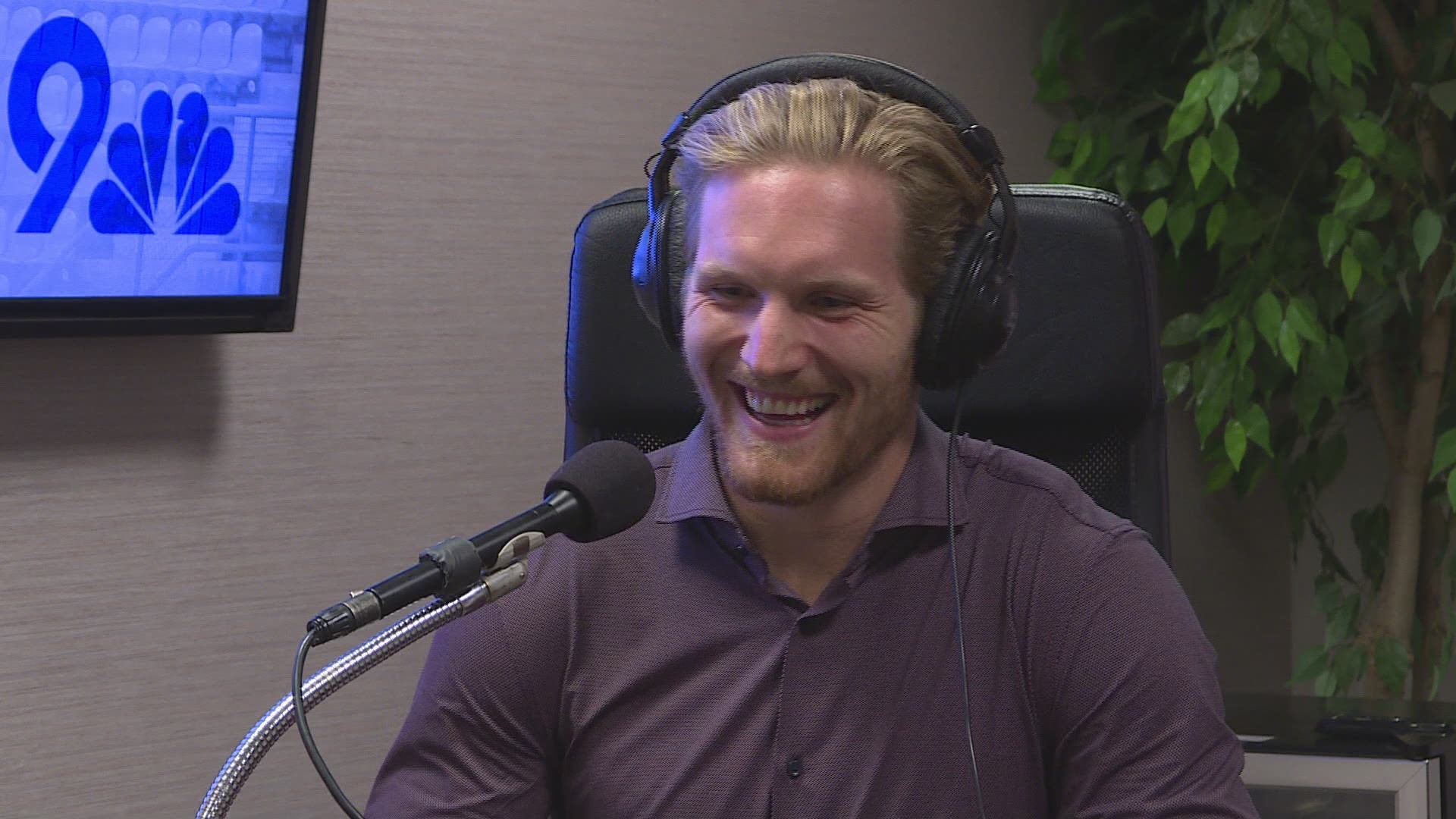 DENVER — The Colorado Avalanche had to call in an emergency backup goalie during a Nov. 12 game in Winnipeg.

Yes, an emergency backup goalie is a thing, and it's an amateur (albeit a very good one) who's 1. not played professional hockey, and 2. has at least played club hockey at the college level, according to the guy who does the job for the Avs when they're in Colorado, more on that below.

Less than a minute into that Nov. 12 game, Jets star Mark Scheifele fell into Avs goalie Pavel Francouz, who was already taking over for an injured Philipp Grubauer, NBC Sports reported. So, the Avs had to call upon a fabled emergency goalie. In this case, it was Byron Spriggs.

Spriggs, who lives in Manibota, suited up but never made it onto the ice.

"You really don't understand maybe in the heat of the moment what actually is going on, you know," Spriggs said. "You really are technically one bad incident away from being in an NHL game."

We convinced Spriggs to be a guest on From the Cheap Seats, our Avalanche fan-centered podcast. He explained what the gig is and what it's like to actually suit up to potentially play (he's suited up twice).

>> Listen to the full interview in the podcast episode below

While Spriggs is technically the emergency backup goalie for the Jets, he can be called in to play for either team.

Spriggs said after suiting up, he didn't sit on the bench with the team but sat closer to the tunnel -- apparently still visible to friends.

"I had like 65 missed texts, so many missed calls, shout-outs on Instagram," he said. "I had a bunch of pictures of me sitting behind the glass with a terrified look on my face,"

Back in Colorado, Justin Goldman does the job for the Avs (and any opponent should they need him).

And hey, we convinced Goldman to be on the podcast, too!

Look for new episodes of From the Cheap Seats every Tuesday on your favorite podcast app.

More ways to stay in touch:

SUGGESTED VIDEO: From the Cheap Seats | An Avalanche fan-centered podcast