Jones is currently a hockey analyst for NBC Sports and recently spoke with 9NEWS' Arielle Orsuto. 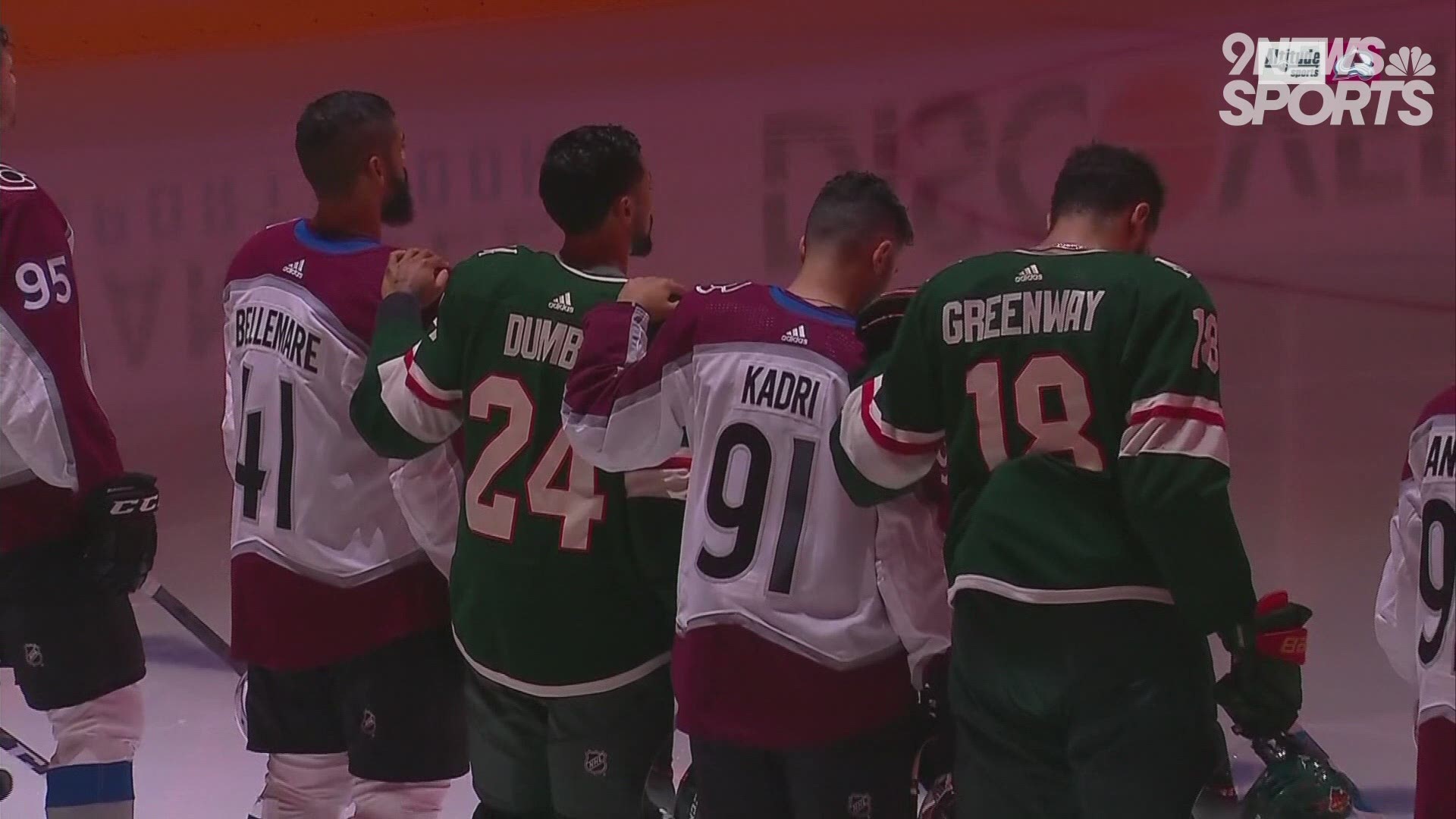 DENVER — The Colorado Avalanche have a chance to win their first Stanley Cup since 2001.

For former Avs winger and current NBCSN analyst Keith Jones, that could be a reality this year.

"It's going to be a grind, but they have the right elements in place and Joe Sakic did a great job of adding pieces to the core that he had in place. They're better than they were last year and they're a dangerous, dangerous team," Jones told 9NEWS' Arielle Orsuto over Zoom recently.

And the Avalanche know how to find the net. Take it for what it's worth, but the goals were plentiful in the exhibition opener against Minneosta.

"Nathan MacKinnon scoring one of those goals gives you a great feeling if you're a fan of hockey because that guy can flat out fly," Jones said.

Mackinnon is up for the Hart Trophy for the second time in three years. Jones say it will be close, but he won't take home the hardware this season.

"I think Leon Draisaitl is going to win it, but I think Nathan would be the second choice. Nathan's season was outstanding and it's hard to believe that he's still improving. Avalanche fans have been spoiled with great players in the past and it's great to see that they're getting another group of guys coming through Colorado to provide entertainment," Jones said.

Jones also played with some of the best players in Avalanche history. Can these Avs reach that level?

"I can't say that Joe Sakic and Nathan MacKinnon are similar other than the fact that they love the game and are both awesome. Joe had a great shot and was an extremely hard working player and earned everything he got. Stand out players, but very different," Jones said.

But now, this team is away from home for the duration. How will that affect their quest for the Stanley Cup?

"They kind of become your family during the Stanley Cup Playoffs. Frequently, teams will stay in hotels, even at home. We did that when I played for the Avalanche. When you win games, you feel great, and not just yourself, but your teammates as well. That's one thing they can look forward to," Jones said.

Buckle up Avalanche fans, the NHL is back.