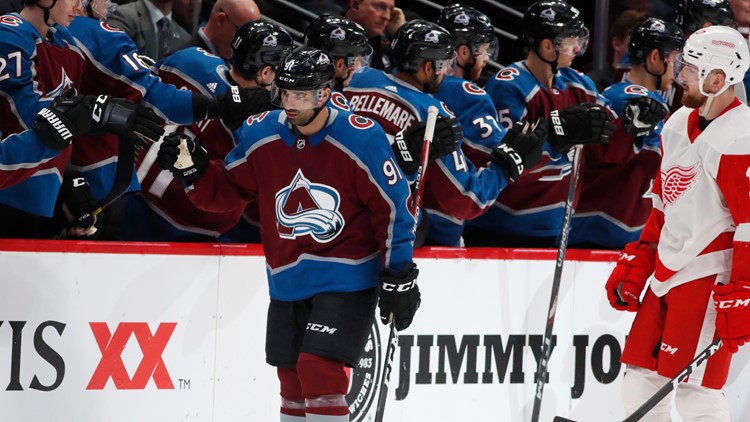 Photo by: AP
Colorado Avalanche center Nazem Kadri, back, is congratulated as he passes the team box after scoring a goal as Detroit Red Wings defenseman Filip Hronek looks on in the second period of an NHL hockey game Monday, Jan. 20, 2020, in Denver. (AP Photo/David Zalubowski)

Nazem Kadri and Nathan MacKinnon scored 1:54 apart and the Colorado Avalanche were propelled by another second-period spurt in a 6-3 win over the reeling Detroit Red Wings.

The Avalanche also pulled away from the defending Stanley Cup champion St. Louis Blues with a middle-period flurry over the weekend.

Leading 2-1 early in the third, Kadri helped Colorado put the game out of reach when he and Matt Nieto added goals within 53 seconds of each other.