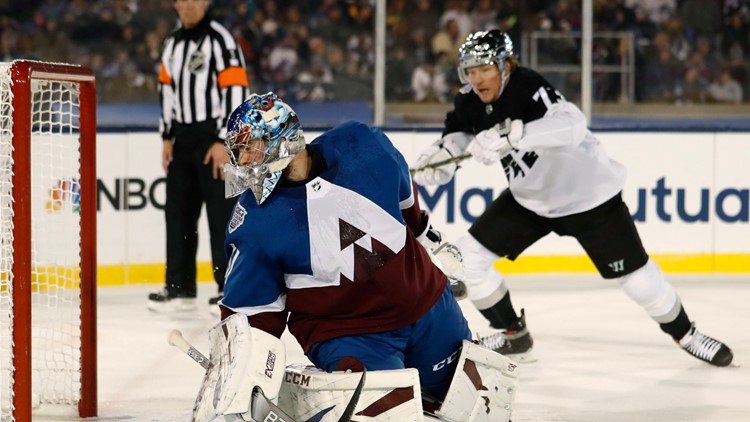 AIR FORCE ACADEMY, Colo. — More than 43,000 people piled into Falcon Stadium on Saturday night, but Tyler Toffoli was the star who stole the show.

The Los Angeles Kings center found the back of the net three times, becoming the first player to record a hat trick in an NHL Stadium series game – powering his team to a 3-1 victory over the Colorado Avalanche before a sell-out crowd of 43,574.

Toffoli’s goal at the 14:01 mark of the opening period drew first blood as the Avalanche struggled to get shots on net. His second goal with less than a minute remaining in regulation proved to be the game winner, although he added an empty netter with five seconds left on the clock for good measure.

“I think that’s the most nervous I’ve been putting a puck in an empty net in my life, but it worked” Toffoli said. “It was a lot of fun.”

It was the second late-game loss in as many matchups for the Avalanche (33-18-6, 72 points), which fell to the defending Stanley Cup Champion Washington Capitals at Pepsi Center on Thursday night after leading for most of the game.

This defeat, however, was dealt by the worst team in the Western Conference and penultimate club in the entire league (21-33-5, 47 points).

“We wanted nothing more than to win this game. We just couldn’t get it done,” coach Jared Bednar said.

Colorado got in its own way in terms of creating opportunities. Twice the Avalanche were gearing up for a power play strike when they were cut short by a penalty of their own, shifting to 4-on-4 hockey.

“That’s a little frustrating…We nullify what should be two real good opportunities to either break even in the game, and then go ahead in the game – those are certainly mistakes we’d like to have back,” Bednar said. 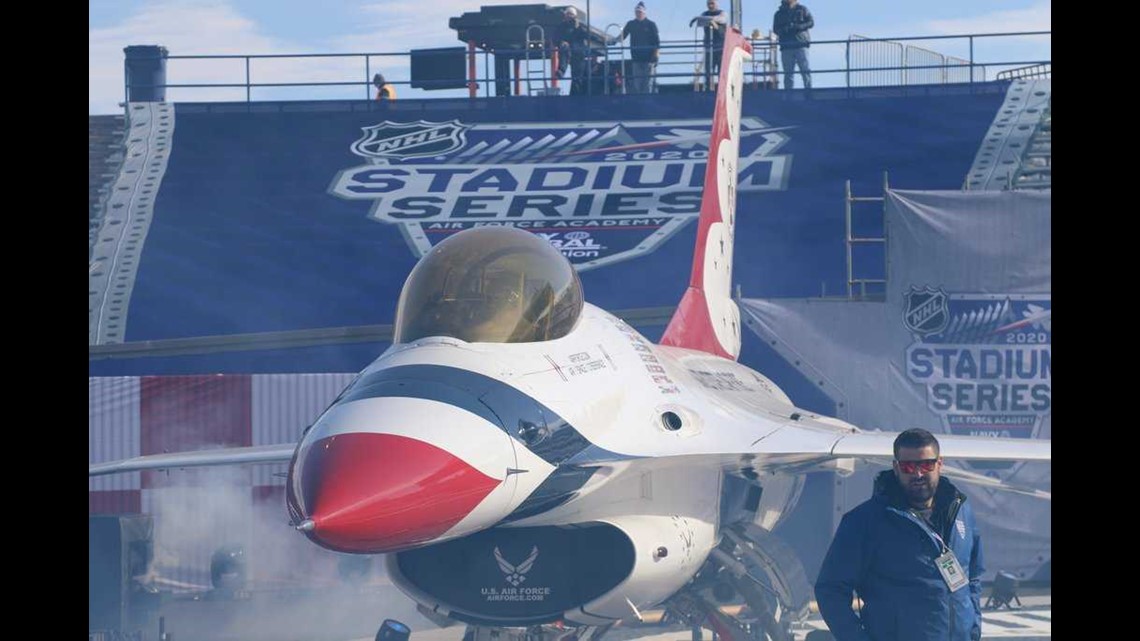 Scoring Colorado’s lone goal was defenseman Sam Girard, who struck at the 19:18 mark of the second period on an assist from Mikko Rantanen.

Another concern that will remain occurred in the third period when defenseman Ian Cole ran into goaltender Philipp Grubauer, who was forced to exit the game with what Bednar called a “lower-body injury” after allowing just one goal.

Backup goaltender Pavel Francouz was less than a minute from forcing overtime when Toffoli put past the game-winner.

“I like our chances in overtime,” center Nathan MacKinnon said. “We blew a point, at least…I had a couple good looks I wish I could have scored on – just unfortunate.”

The Avalanche have fallen to third place in the Central Division and will look to bounce back on Monday night when they host the Tampa Bay Lightning at 7 p.m.