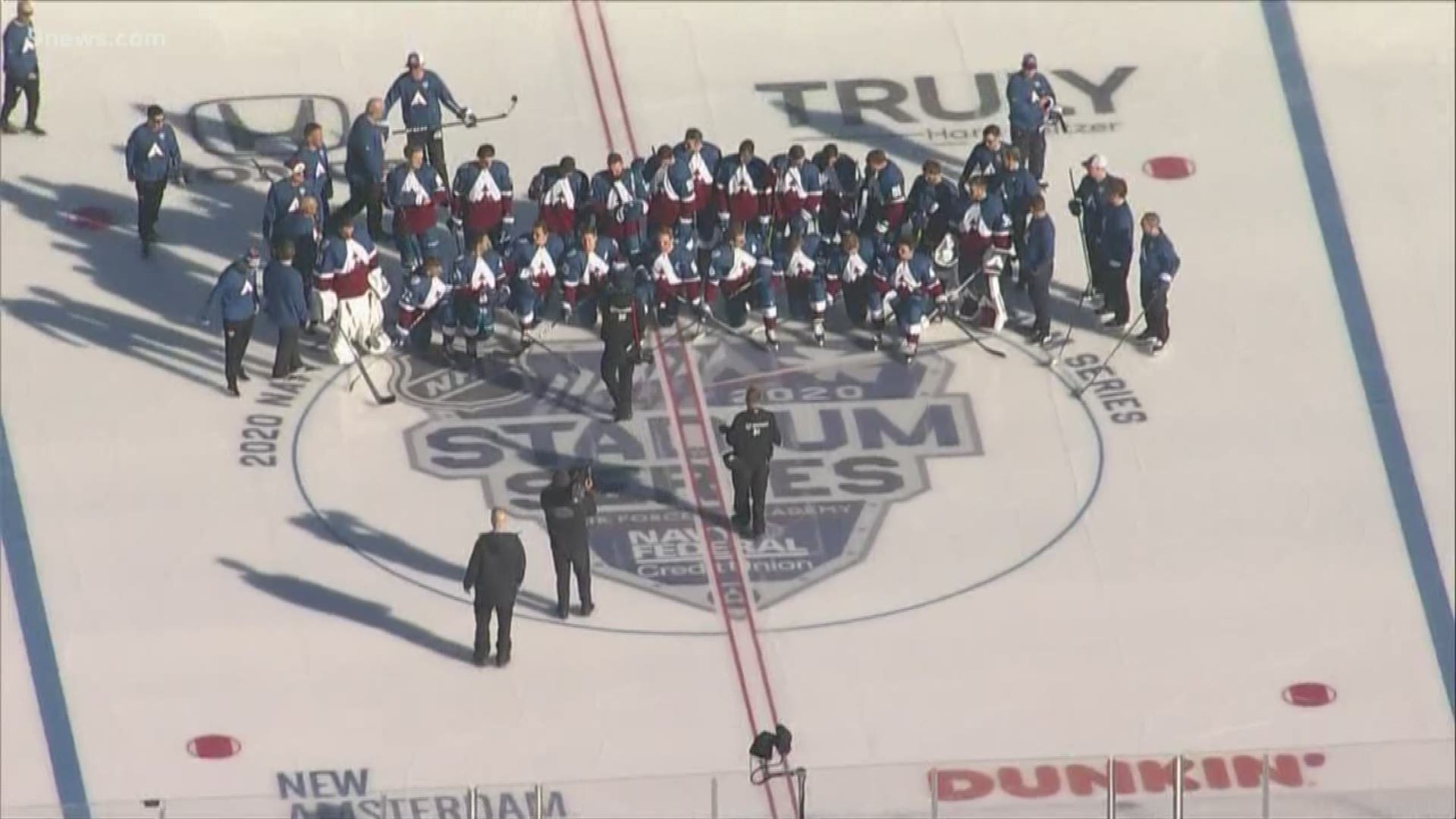 The game between the Colorado Avalanche and Los Angeles Kings will be played Saturday, Feb. 15 at Falcon Stadium at the U.S. Air Force Academy.

The Avs last played an outdoor game on Feb. 27, 2016 at Coors Field in Denver against the Detroit Red Wings.

Fans are encouraged to arrive at the Air Force Academy and Falcon Stadium early on Saturday to alleviate expected traffic and security lines.

Parking passes can be purchased in advance for $20 at AFTickets.com/StadiumSeries. Advanced sales end at 5 p.m. on Friday, Feb. 14.

Limited parking will be available for $30 cash only on game day.

Lyft and Uber will be allowed onto the Air Force Academy. The rideshare pick up and drop off location will be located near Lot 5A on the northwest side of Falcon Stadium parking lots.

Tickets for the NHL Stadium Series game are sold at Ticketmaster.com.

A ticket office will be located on the northeast corner of Falcon Alley.

The Truly Hard Seltzer NHL PreGame Fan Festival will entertain fans of all ages at Falcon Alley at U.S. Air Force Academy from 1 p.m. to 5:30 p.m. on Saturday, Feb. 15.

The festival will offer live musical performances from SoulX and DJ RIPM along with photo opportunities with the Stanley Cup. Many interactive fan exhibits are planned including a hockey puck drop game, a custom NHL Stadium Series puck wall art piece, and video booths for fans to film their own stick tap.

The Avalanche will be greeted by cadets, drum & bugle corps, spirit team and “The Bird” Mascot as they enter the stadium.

There will be an aerial demonstration from the Air Force Academy’s 94th Flying Training Squadron, and a flyover of four F-35s Lightening II’s from the 56th Fighter Wing at Luke Air Force Base, Arizona.

The Avalanche, National Hockey League, and Adidas have made a special-edition ADIZERO Authentic Pro NHL jersey for Saturday's game.

The Avs' new jersey "draws inspiration from the Mile High State, and elevates the design into new heights, by looking to the Air Force Academy’s Cadet Chapel and Colorado’s blue skies, eminent landscape and renowned landmarks," according to the NHL.

The jerseys are accented with larger-than-life cresting and striping, specially designed for viewing in a stadium setting.

The Stadium Series jersey will be available online at Adidas.com, NHLShop.com, and at the Pepsi Center’s Altitude Athletics Store.

The Colorado College and Air Force men's ice hockey teams will meet in the "Faceoff at Falcon Stadium" on Monday, Feb. 17 at 5 p.m. Tickets are available for $25 at AFTickets.com. Parking is $10 and can also be purchased online.

The college programs will also play at the Broadmoor World Arena in Colorado Springs on Friday, Feb. 14 at 7:30 p.m. Tickets are available at CCTigers.com/Tickets. 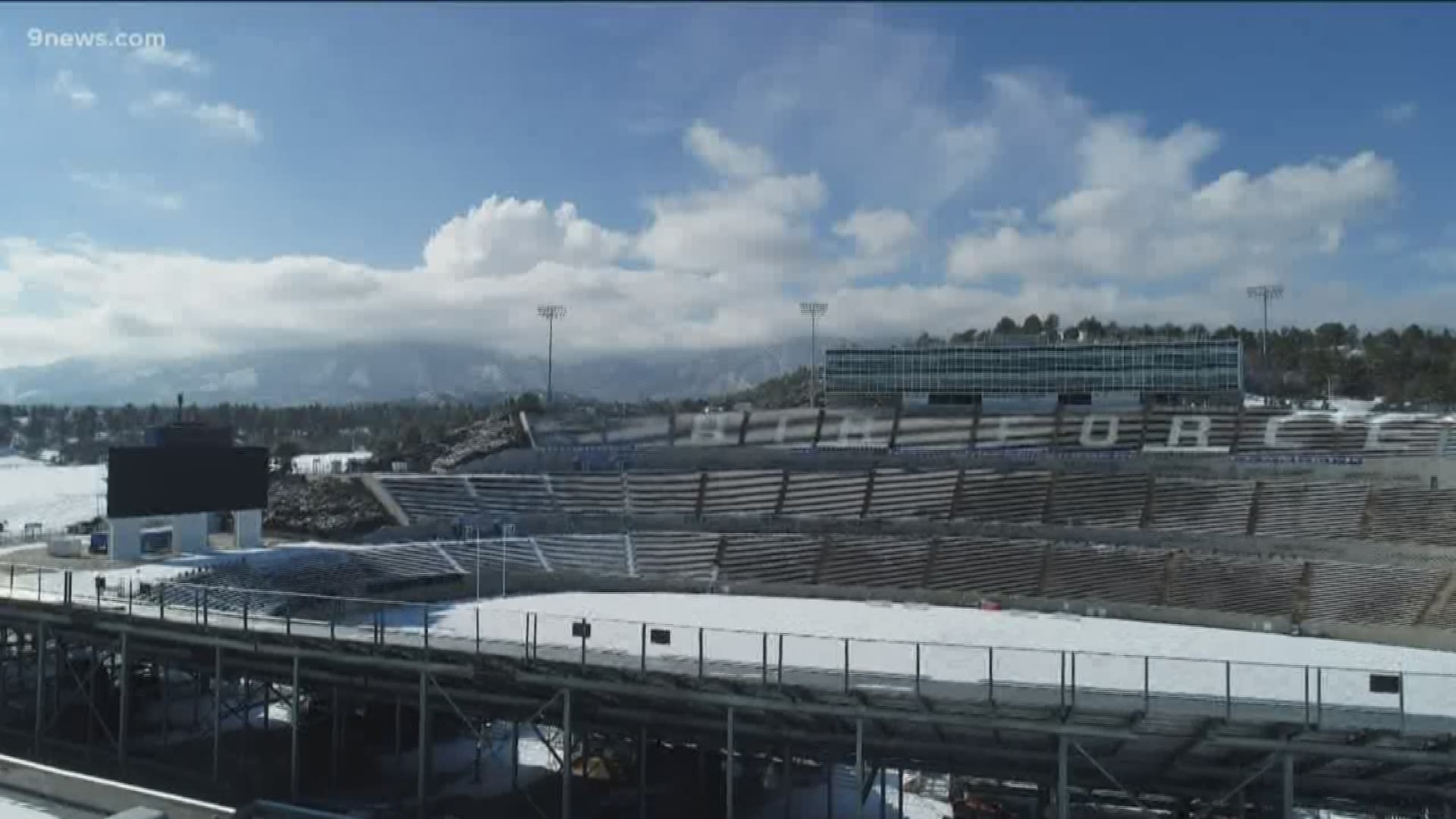