Bars around Denver won't be showing the game. It won't be on TV either. Nearly the only way to watch will be at Pepsi Center. 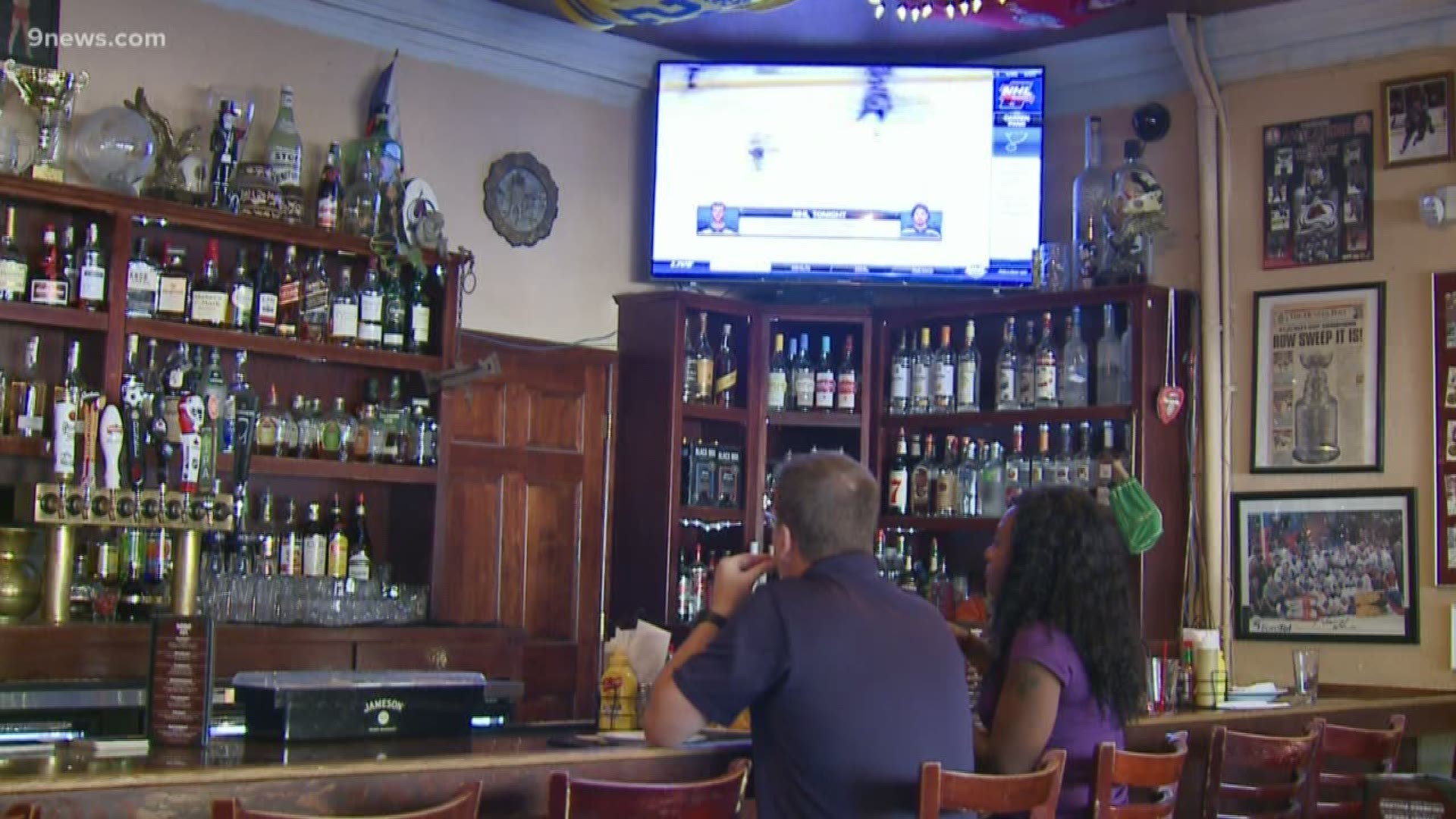 DENVER — Thursday marks the start of hockey season in Colorado and the Avalanche are giving us hope where the Broncos have lost it. After a strong season last year, they’re projected to be one of the best teams in the league. However, the only way to watch the games may be inside the arena.

Altitude Sports Network is in the middle of a contract dispute with three major cable and satellite providers that are blocking the game from airing on TV. They include Comcast, DirecTV and Dish Network.

"As far as hockey, that’s our lifeblood. From October to June, that’s where we make a lot of our money," said Andy Clark, an assistant manager at Sobo 151. "Our loyalty that we’ve given our team for years is kind of being disrespected."

The dispute may impact businesses just as it does fans.

At Sobo 151 in Denver, hockey jerseys are enshrined on every wall. Old sticks mark the spot where players signed autographs and fans drank to forget the score.

Sobo 151 is a hockey bar through and through. Now it's an Avalanche bar that can’t show Avalanche games.

"I know it all comes down to money for everyone but we don’t care about that. We just want to watch the Avalanche play," said Tyler Munkres who frequents the bar. "We want to be able to watch the games."

The contract dispute between Altitude and the cable and satellite providers that put the games on TV will likely carry on into the beginning of the season.

If you want to watch the game, you better have a ticket to get inside.

"For us as a bar, it’s not going to be good if we don’t have it on TV for the fans and our customers," Clark said. "It’s really ruining our revenue if this does not get solved."

Comcast, Dish Network and Direct TV dropped Altitude Sports after its contracts expired after last season. The cable providers say Altitude is demanding too much money while the sports network says it is working to make a deal that is fair to both sides.

SUGGESTED VIDEOS: From the Cheap Seats | An Avalanche podcast