On this day in sports: Avalanche win first Stanley Cup

The Colorado Avalanche defeated the Florida Panthers for their first Stanley Cup in franchise history on June 10, 1996. 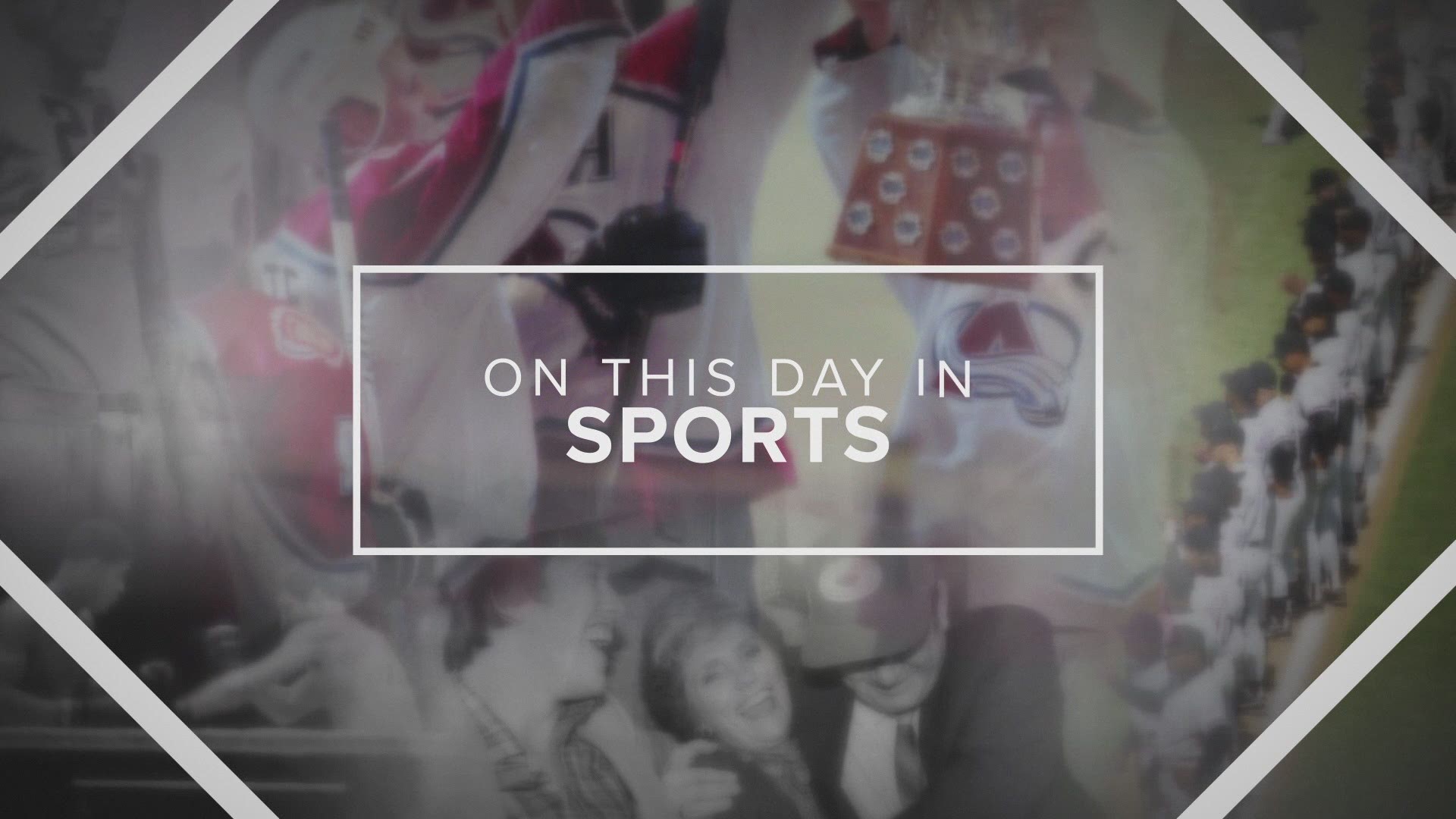 DENVER — On this day (June 10) in sports in 1996, the Colorado Avalanche won their first Stanley Cup by sweeping the Florida Panthers.

Colorado goaltender Patrick Roy stopped all 63 shots he faced in the series finale.

The game remained scoreless into the third overtime until defenseman Uwe Krupp scored the game's lone goal to give the Avs the 1-0 win in Game Four.

Captain Joe Sakic earned the Conn Smythe Trophy as the most valuable player of the playoffs. It was Colorado's first appearance as it was also the club's inaugural season in Denver after relocating from Quebec.

Colorado won another Stanley Cup in 2001.

RELATED: On this day in sports: Avalanche fire first coach in team history