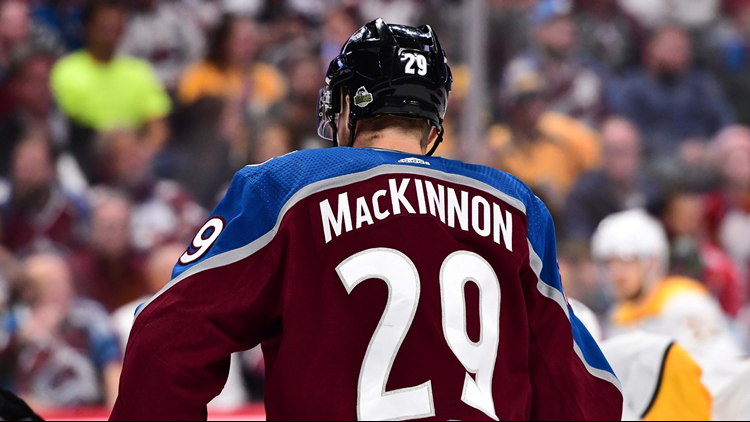 DENVER — The speedy, full-tilt pace on the ice remains in place for the Colorado Avalanche.

Same with that salty attitude to prove they belong.

Don’t even mention any preseason hype, because they’re not listening. That’s because playing last season with a chip on their shoulder worked so well as they made the postseason for the first time since 2013-14. Colorado will stick with the same sort of demeanor this season.

“We are trying to prove ourselves,” All-Star center Nathan MacKinnon said. “We’re not guaranteed a playoff spot by any means.”

Colorado improved by 47 points a season ago, going from 48 in 2016-17 during Jared Bednar’s first season in charge to 95 and earning the eighth seed in the playoffs on their final game of the season. The Avs were eliminated from the postseason by Nashville in six games.

The youthful squad added more veterans in the offseason by bringing in defenseman Ian Cole and forward Matt Calvert. Still, the fast-skating MacKinnon is putting the brakes on any sort of talk about a deep playoff run. The goal is to play with a sense of urgency — all season long.

“If we had an off-night, we lost last season,” MacKinnon said. “We’re going to have to be at 100 percent this season to win. Right now we’re just trying to make the playoffs. Hopefully, the playoffs is a given in a couple of years here.”

The team marches to the beat of the 23-year-old MacKinnon and his fellow linemates — captain Gabriel Landeskog and Mikko Rantanen. They were put together on Oct. 28 and combined for 225 points.

MacKinnon finished runner-up in the Hart Memorial Trophy race after a season in which he had 39 goals and 58 assists. He wound up second in the NHL in points-per-game (1.31) behind Edmonton’s Connor McDavid (1.32).

“He expects to be even better this year,” Bednar said. “His linemates are of a similar mindset.”

Here are things to know before the Avalanche kick off the season Oct. 4 at home against Minnesota:

For now, the net belongs to veteran goaltender Semyon Varlamov, who’s returning from a knee injury that kept him out of the playoffs. But Philipp Grubauer, who was acquired from Washington in a June trade, is pushing hard for playing time.

Colorado may need two strong goaltenders, given the injury history of Varlamov.

“I’ve had some ups and downs in my hockey career. Some big injuries,” Varlamov said. “Hopefully this year will mean Gruby and me will help the team be successful.”

Now 30, defenseman Erik Johnson is one of the older players on the team. He averaged a career-high 25:26 of ice time, but was sidelined for the playoffs with a knee injury.

“I still feel young,” said Johnson, who was the top overall pick by St. Louis in 2006. “Thirty in the NHL is old in the league, but young in life. It’s a different perspective for me to be in. It goes by super-fast.”

Johnson figures to be paired with 20-year-old Samuel Girard on the blue line this season.

Colorado boasted one of the younger teams in the league last season, with 11 different rookies dressing. The team can’t afford any sort of sophomore slump from players such as Alexander Kerfoot, Tyson Jost or Girard.

“I’m excited to get on the ice and prove to everyone that I have a lot more to offer than I did last year,” said Jost, who had 12 goals and 10 assists in 65 games as he dealt with leg and lower-body injuries. “I worked really hard this offseason to elevate my game.”

The noise returned to the Pepsi Center as the fans packed the seats. Colorado won 28 games in its building, which tied the franchise record set by the 2000-01 Stanley Cup squad. The Avs had a run where they won 10 in a row at home.

Varlamov believes a fast start is imperative. Of the opening 10 contests, six are on the road, including a four-game stretch in which they play at the New York Rangers, New Jersey Devils, Carolina and Philadelphia.

“We have to play strong and collect the points right away,” Varlamov said. “Because it’s always hard to play catch-up hockey in the NHL. We have to make sure we start the season with a good start.”