When the Avs' national anthem singer performs, he's reminded of one special veteran: His dad

When Jake Schroeder proudly sings the national anthem each night, he's reminded of a special Air Force veteran: his dad. 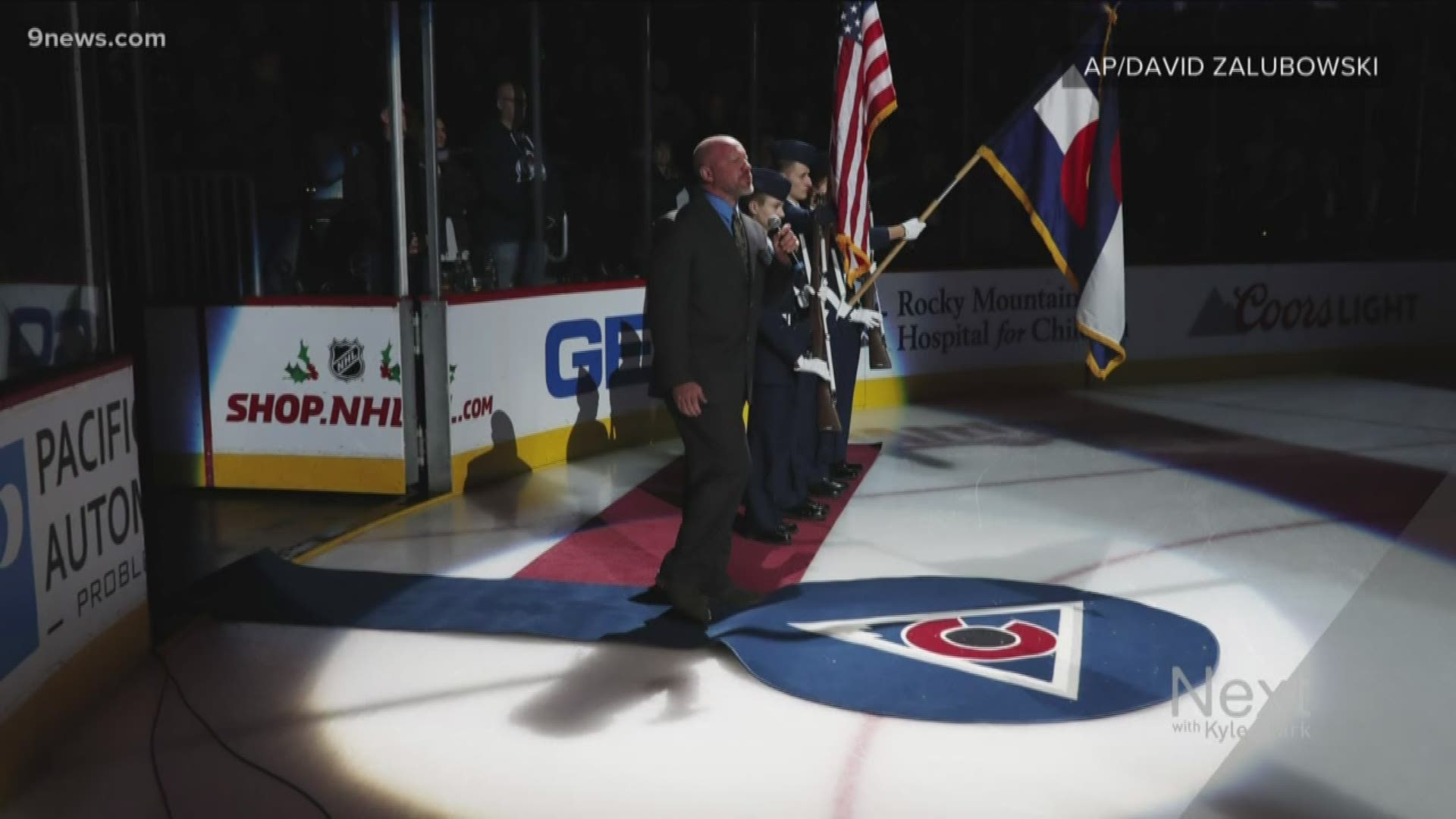 DENVER — For many people, Veterans Day is a time to make a respectful post on social media and maybe attend a parade. For those who have served, or have family who did, it is a much different thing.

For Jake Schroeder, it’s a day to remember his dad.

Schroeder is the regular national anthem singer for the Colorado Avalanche, and his heartfelt renditions are a part of the overall experience. He has a fanbase among the Avs faithful, and there is a significant disappointment for some when he is not there to start a game.

>> Listen to the interview with Schroeder below

His obvious and deep-seated passion for the anthem is the reason why. For him, it is not just another singing performance. The Star-Spangled Banner is a connection to his father.

“I only saw him cry once or twice my whole life,” Schroeder explained during an interview on the 9NEWS Avalanche podcast, “From the Cheap Seats. “But every time the anthem played at these [University of Colorado] games, he would have tears streaming down his face.”

Schroeder and his sister never asked their father why the anthem struck him so deeply, until the topic came up years later at a family dinner.

During the Vietnam War, the elder Schroeder served in the Air Force Intelligence.

“He made it clear he was not in combat in Vietnam,” Schroeder emphasized. “It was really important to him that nobody thought he was acting like he was.”

Schroeder's father worked out of an office in Okinawa, Japan, that overlooked the airfield.

“Every day, the C-130s with the kids that had been killed that day would land, and then they would offload the bodies onto the refrigerated transports to take them home -- the big jet transports -- and they’d play the national anthem for protocol,” Schroeder said.

“And for him, for two years, or two and a half years, to see that every day… for my dad to see his contemporaries, and see kids that are his age, no wonder it made him emotional.”

Schroeder’s father, and his feelings toward the anthem, have been on his mind lately. Just over a week ago, Schroeder passed the age where his father died.

“A lot of times, I’ll think of that story when I’m stepping out there, and especially right now.”

Avs fans can hear this episode of From the Cheap Seats now on Spotify, Apple and PodBean.

>> Watch the interview with Schroeder below