The NHL expansion team will take on the Vegas Golden Knights in their first official game in team history Tuesday. 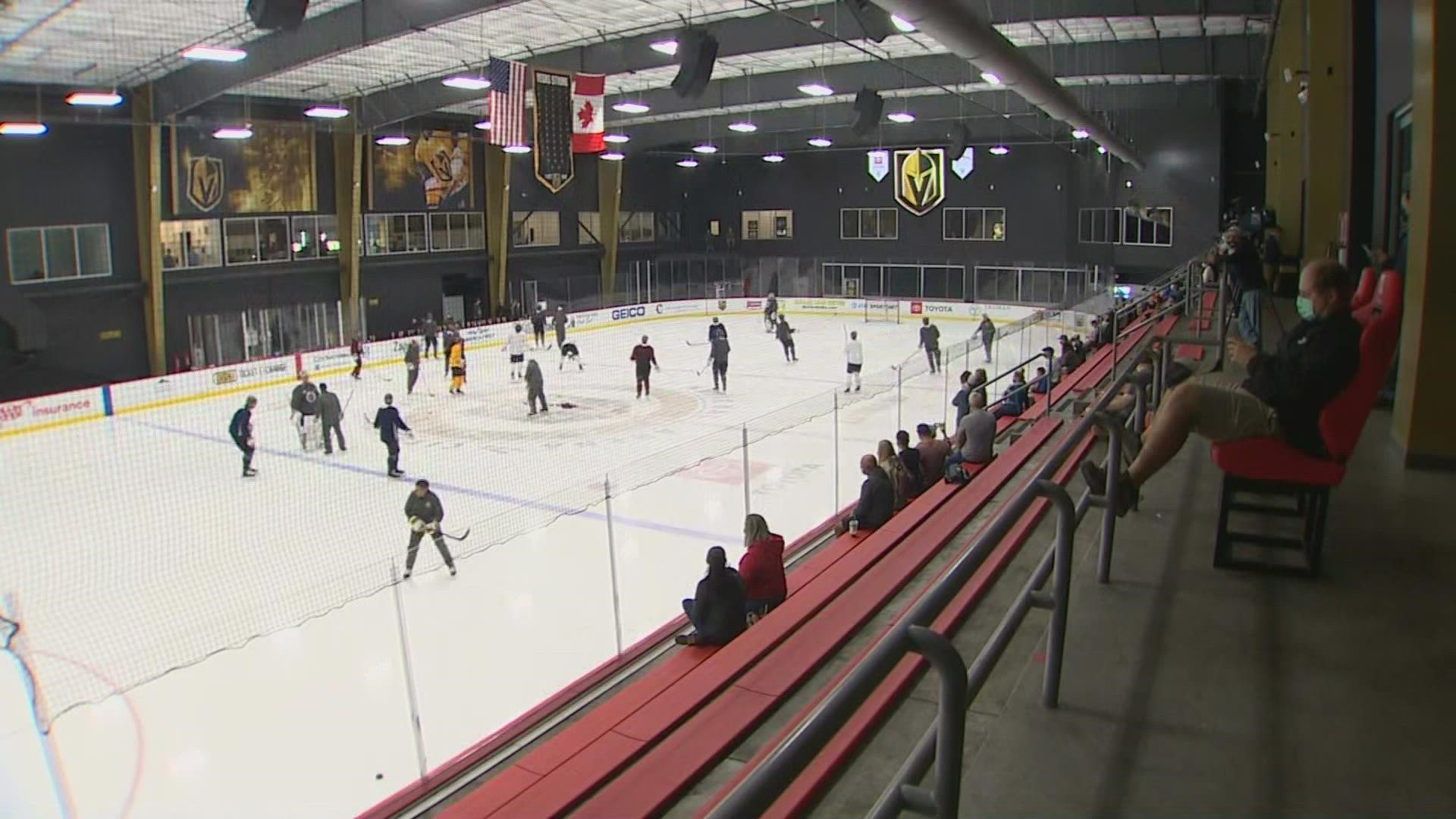 LAS VEGAS — Monday marked one day from the start of the Seattle Kraken's inaugural season.

The NHL expansion team will take on the Vegas Golden Knights in their first official game in team history Tuesday.

"It's something we have wanted for a long time," said Paul Buxton, who flew down with his buddies Jubilee Le and Ryan Walsh, clad in Kraken gear.

They were at the morning skate for the Golden Knights at the team facility in Summerlin and stood out in what was otherwise a sea of black and gold.

"Ten years, multiple different arena deals, the ups and downs, there were times it was a pipe dream," said Buxton, who also made the trip four years ago for the first game in Golden Knights history, holding a sign that said Seattle was next. He plans on bringing it Tuesday night, too.

"It's been an amazing run," Golden Knights President Kerry Bubolz said about the bar that his franchise has set.

"Winning is always important, but I would encourage fans to give the organization an opportunity to put their plan in place," said Bubolz, about what he's learned in the past four years. "We are fortunate it happened as fast as it did."

Bubolz said the Kraken should be in good shape with CEO Tod Leiweke at the helm. The Golden Knights modeled their business plan after Tampa Bay's Lightning, where Leiweke was once in charge.

Las Vegas Mayor Carolyn Goodman said the Knights have provided a reason for people to continue to travel to her city, which was hit hard by the pandemic.

"It rounded out when we got major league sports," said Goodman. Not even a decade ago, the city was considered off-limits for pro sports due to legalized gambling and a healthy nightlife scene.

"Sin City, gambling, and the naughty people, was, you know, it was artificial because everyone is trying to make the dollar and copy what we're doing," said Goodman, who highlighted the fact that the city has 150,000 hotel rooms within a half-hour of the airport and direct international connections.

In fact, Major League Baseball and the NBA have both openly talked about potential future prospects in Vegas. The Oakland A's are said to be considering multiple sites in Vegas if they don't get a new ballpark in the Bay Area. Goodman said, "we don't like being used as a wedge," and that any deal would need to be privately financed.

Yet, she perks up when talking about the NBA and the potential to enter the league with Seattle, once again, as an expansion partner.

"I would have to say yes, of course," said Goodman with a wry smile.

That chapter will be written another time. For the time being, Seattle and Vegas will stick to the ice.

For Buxton, that'll be perfect.

"Full circle," he said. "It's incredible to be here and experience it."