'We practice to be like them': Bolts inspire youth hockey teams world wide

The Lightning Colombia are a youth team visiting America to help boost the sport in their own country. 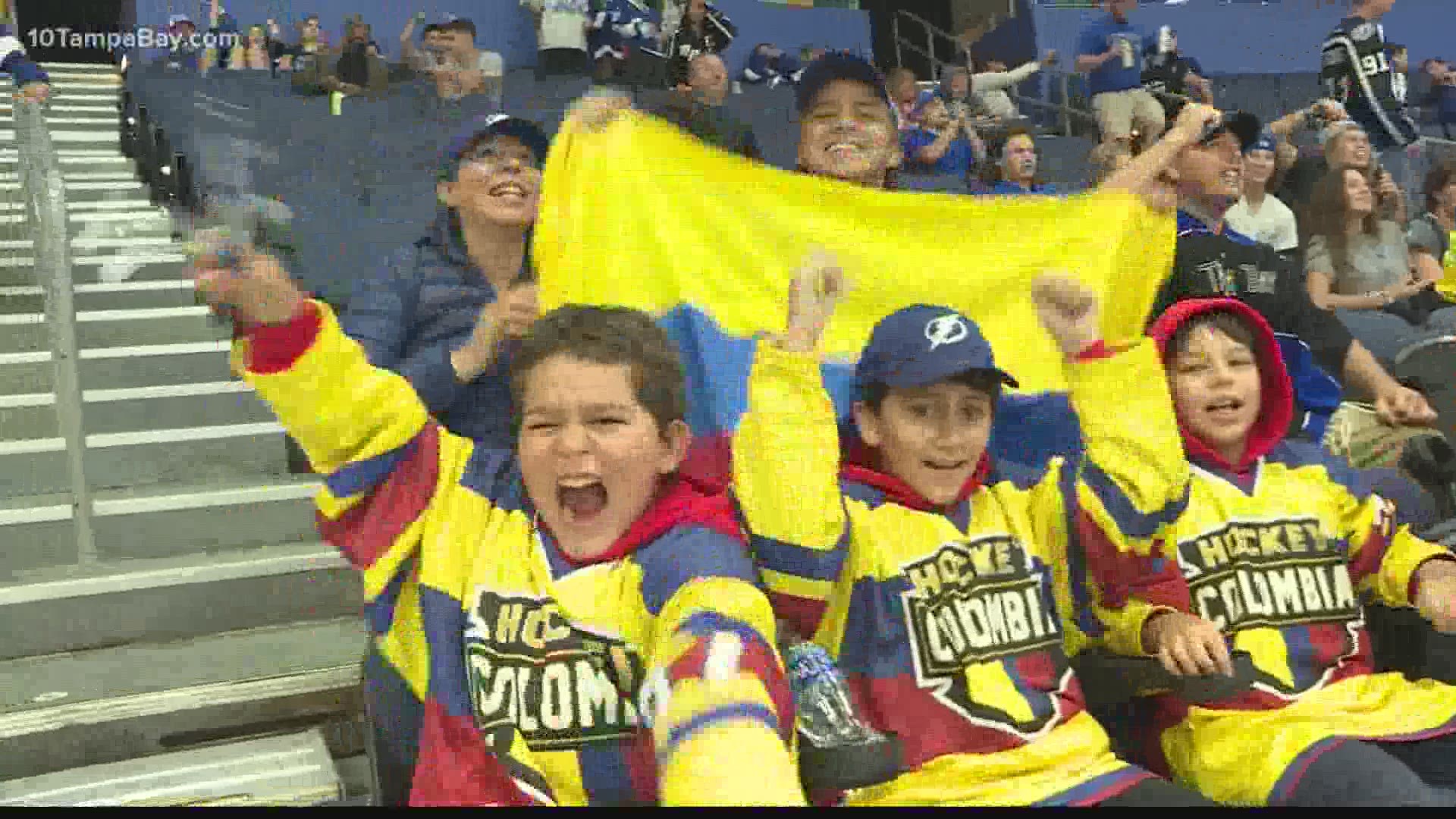 TAMPA, Fla — Miles away from home and supporting their team, the Lightning Colombia are living a dream in Tampa Bay.

"To come here, the home of the Stanley Cup Champions is absolutely unbelievable," Eric Tyndall, the coach and founder said.

He's finally had the chance to bring his team to train with the Lightning's coaches. They had it planned for last year, and then the pandemic hit. Coming to America will help grow the sport in their own country.

"It's been an eye-opening experience because in Colombia we don't even have an ice hockey rink. We actually skate at a small ice surface at a mall and that just recently closed," Tyndall said.

Despite being in the middle of the playoffs, the Lightning have hosted the team all week. The coaches are taking them through and teaching them how to skate.

"At the beginning of the camp, we're going to start with the basics and the fundamentals and see how far they can go. I'll tell you by the fourth day almost all of them were doing complete stops, doing turns on ice and it's just been a dream come true," Tyndall said.

The team is young but mighty. The kids range anywhere from 8-11 years old and girls can play too.

"I feel like I can do the same thing that boys can do, so I feel happy to play on a team where girls play," Emma Ramos said.

From practice ice to the ice at Amalie Arena, the team is inspired by the Bolt's series against the Islanders. That's why they keep practicing every day to be like their heroes.

"We play and all day we just practice and practice," Santiago Salinas said.

The team's goal is to bring hockey back to Colombia. They hope to represent their country one day in the Olympics.