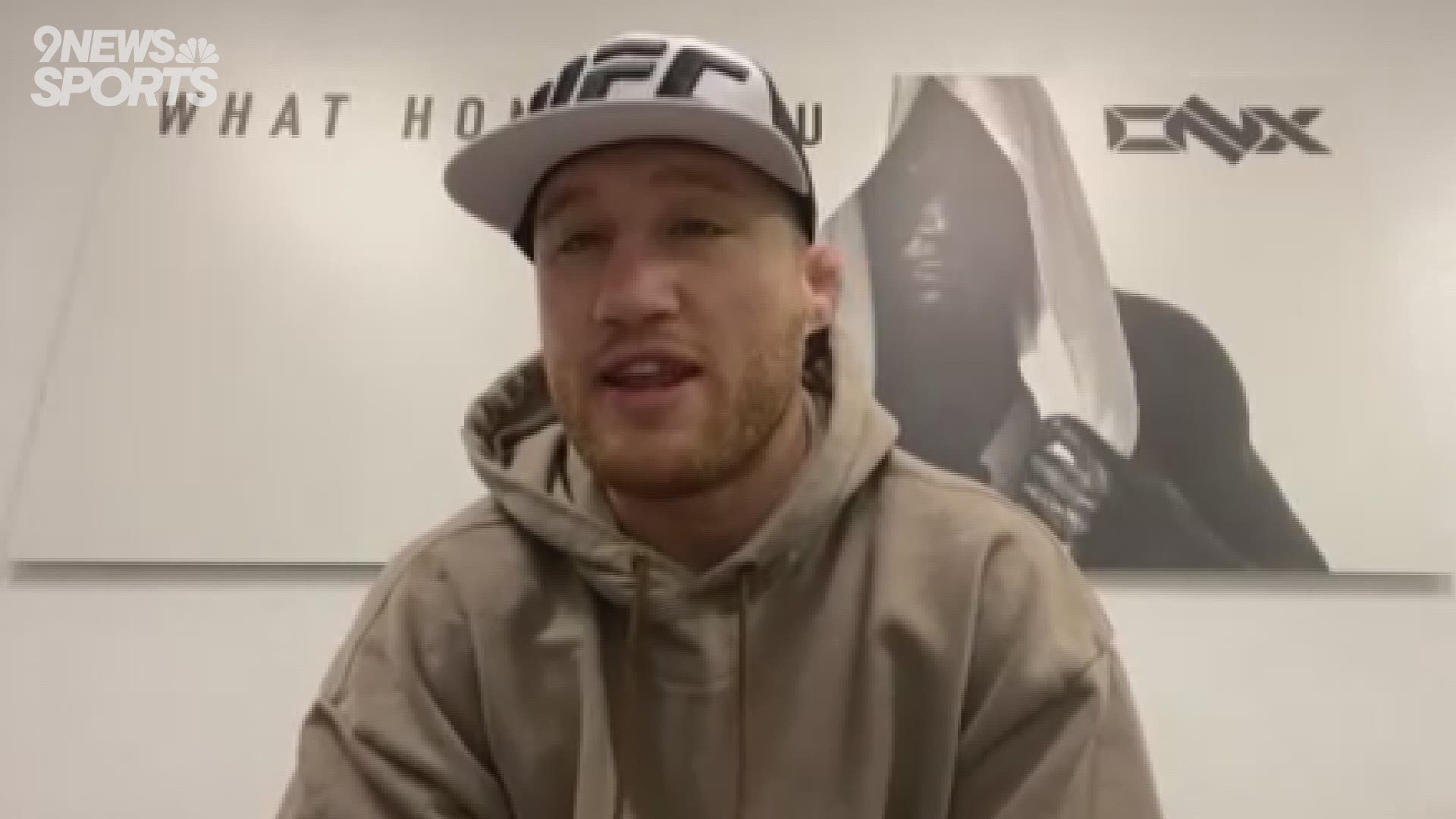 UFC fighter Justin Gaethje is as tough as they come.

“I put myself through the worst possible outcome, and if I’m okay with that then there’s nothing to fear," said Gaethje.

Not even a broken nose.

That’s what Gaethje hoped for in the days leading up to his championship fight with Tony Ferguson. It's an injury that dates back to his days at Northern Colorado.

"When I wrestled up at UNC at Greeley, I took a head butt and split my lip. My lip’s been split and my nose. Eventually I’d like to get it fixed. I’d like it to be on their dime. So, if it happened in a fight (the UFC) would have to pay for it," Gaethje said with a laugh.

Ferguson is the one who ended up paying the price, suffering a broken orbital bone. Gaethje won with a 5th round TKO to claim the UFC’s interim lightweight title. The ultimate highlight for a guy nicknamed "The highlight."

“I don’t sleep for the next night and maybe two nights after because the adrenaline is just so intense.  And just the fact that I pretty much broke the Internet for one night," Gaethje said.

The thought of facing Khabib Nurmagomedov this summer, in a unification bout, would keep most fighters up at night. Gaethje likes his chances against the unbeaten former lightweight champion.

“I’m super tough, so when he tries to take me down, I’m (also) super athletic. I can roll and roll out of different positions that he’s not going to be used to. Ultimately, it’ll be a fight.  A fight’s a fight, anybody can win on any given night," Gaethje said.

That night Conor McGregor will be a spectator. Judging from his expletive filled tweet, he’s not happy.

But the Champion always calls the shots.

“I thought it was funny. He had a chance to fight me (instead) he fought Donald Cerrone in January. That was his choice. I know I asked for a say in my destiny and I got it. Thank God it worked out really well. And now I get to pick, and I’m fighting Khabib.  And when I fight Khabib, the Conor McGregor fight will be huge after I beat him," Gaethje said.

For a guy who thinks about the worst case scenario, it’s good to be on top.