Jordyn Poulter is the starting setter for the US women's volleyball team. Her former coach is now preparing her younger sister for greatness at University of Denver 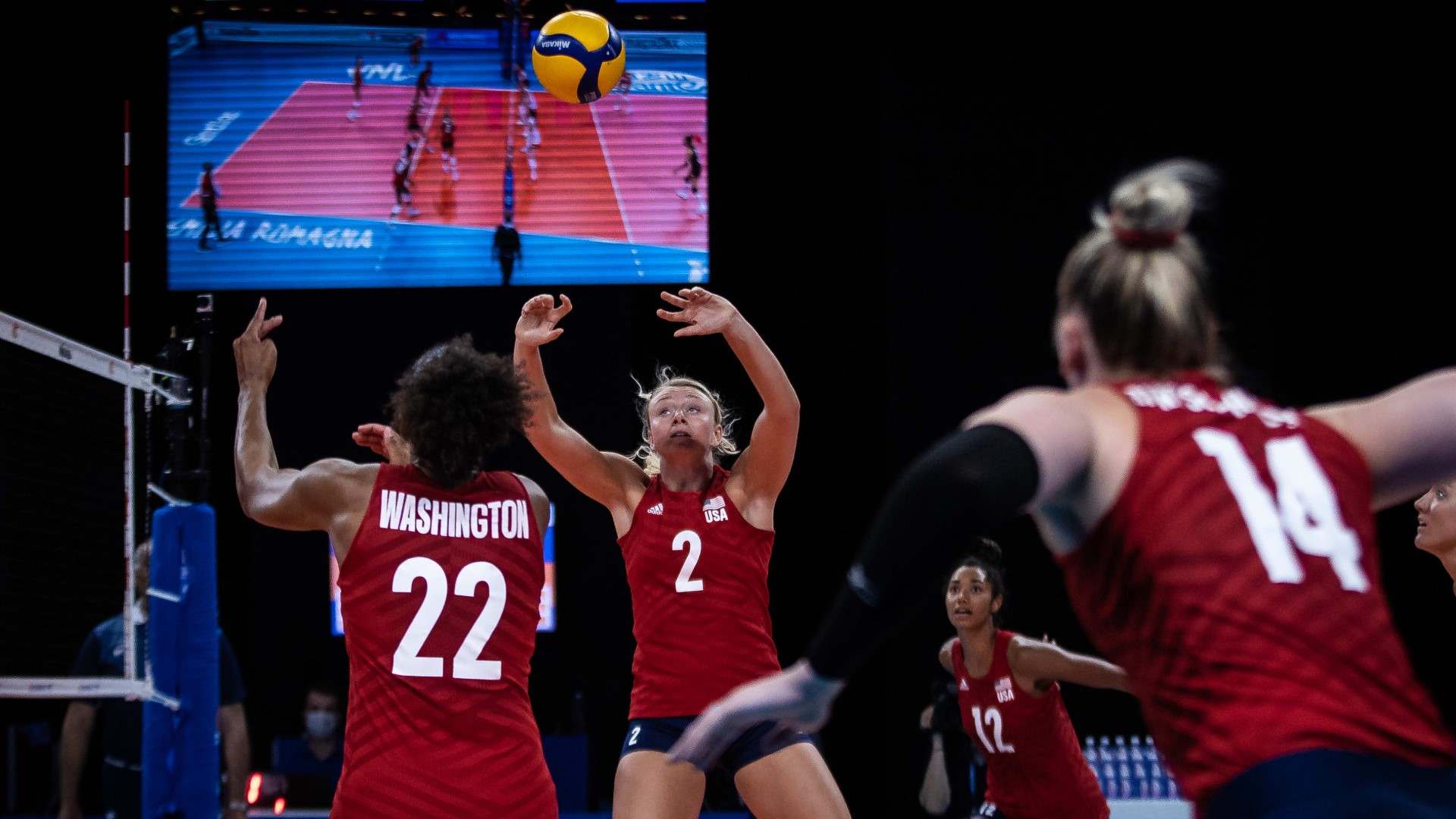 DENVER — Jordyn Poulter is all set for Tokyo.

"Just shock, you know, I feel like making an Olympic roster is every American child's dream," she said.

The Eaglecrest 2014 graduate is the starting setter for the USA Women's Volleyball team. Her former Junior National Team coach Tom Hogan is beaming from the sidelines.

"It's just so special to coach someone when they're younger and watch their development and keep communication with them and then watch them achieve their dreams of playing in the Olympics," he said.

Hogan, a former assistant coach on the 2008 Beijing silver medal team, coached Poulter to gold medals in both 2014 and 2015 before she started her stellar career at the University of Illinois.

Then, he realized, one Poulter sister just wasn't enough.

"Shortly after coaching Jordyn, I saw that her sister played volleyball as well and after seeing the work ethic and the competitive nature that Jordyn had, I knew some of that had to rub off on her sister."

Lorrin Poulter was named MaxPreps/AVCA Player of the Week during her senior year at Eaglecrest. While it wasn't the MaxPreps National Player of the Year watch list like her sister Jordyn, it certainly was enough to raise some eyebrows.

While Jordyn had some skin in the game, she made sure to keep her mouth shut while Lorrin was being heavily recruited by her former coach.

"I think it's hard, I'm sure, being a younger sister and trying to play the same sport as your older sibling, so for me, I wanted her to go into this experience and make it what she wanted to," Jordyn said.

Lorrin said she never felt the pressure, but enjoys the connection she feels with Jordyn.

"She never really actually talked about it when I was going through the process, but Tom's told a lot of stories about when he coached her. It's kind of a cool connection for us," she said.

Now, Lorrin is following in her sister's footsteps.

"She was always such a leader and that was something that I always wanted to be," Lorrin said. "She was very humble and she always got so many awards but she never let that change who she was."

Now, the humble leader is stepping up for the people who put her in the spotlight.

"My community, my club team, my high school, and everyone who's been a part of this journey, my sister, Tom, included, it's so cool to be able to represent more than myself," Jordyn said.

RELATED: Marybeth and Hunter Price bounce back from injuries to train for Olympic Trials