Annika Schleu dropped from first to 31st place because her randomly assigned horse -- one of the challenges of modern pentathlon -- refused to jump. 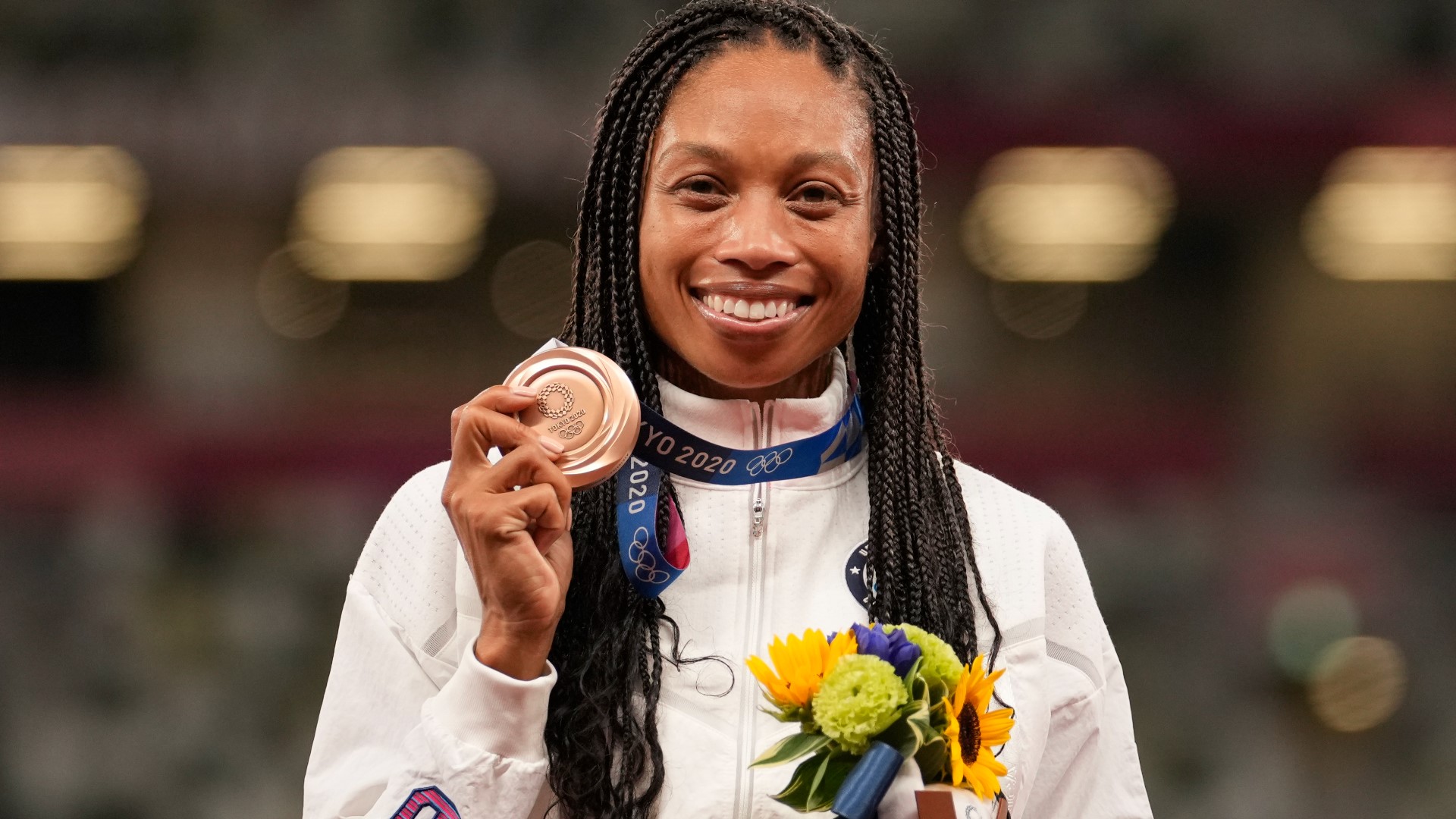 TOKYO, Japan — A horse which refused to jump dashed the hopes of gold medal contender Annika Schleu in the Olympic modern pentathlon on Friday.

Schleu was in the lead after two of the five events — swimming and fencing — when she encountered the horse Saint Boy in the showjumping event. One of the quirks of modern pentathlon is that riders are given randomly assigned horses for the event. Bonding with them quickly is supposed to be part of the challenge.

Saint Boy, however, showed little interest in jumping the fences and eventually refused to move forward at all. Schleu was in tears.

“I tried but he did not want to go. I just started crying,” Schleu said. “I did not expect to make him go and that was the reason I was crying ... I felt the horse lacked confidence. But I tried my best.”

Schleu was criticized for repeatedly using the whip in an attempt to get Saint Boy to tackle the course. The German Olympic committee called for modern pentathlon to change its approach “so that horse and rider are protected”, adding that: “The welfare of animals and fair competition conditions for the athletes must be the focus.”

Imagine: You come 4th in Rio, you go again, train so hard, ‘Tokyo will be my Games’. The big day comes and it’s going brilliantly, you have one of the biggest leads in #Olympics history. And then a random horse ruins your dream. Crushing for Annika Schleu pic.twitter.com/sbXI3C8Ox1

The result left Schleu with zero points from the round and she eventually finished the modern pentathlon in 31st. In all, six of the 36 competitors failed to score in the showjumping including another who was allocated Saint Boy, Gulnaz Gubaydullina of Russia.

The former world champion was a medal contender after finishing first in the swimming.

The gold medal went to Britain's Kate French after she held off a challenge from Lithuanian Laura Asadauskaite in the last event, the laser run, which combines distance running and shooting.

“Amazing. It really hasn’t sunk in yet, it’s incredible,” French said. “I’m so pleased I could do it in Japan, I’ve had such a great experience here. The Japanese have done such a great job putting (the Olympics) on despite the pandemic.”

Asadauskaite took the silver medal, with bronze for Sarolta Kovacs of Hungary.