Olympian Kim Rhode has six Olympic medals in skeet shooting, and the skills to give a journalist from Colorado a shot at feeling like an Olympian. 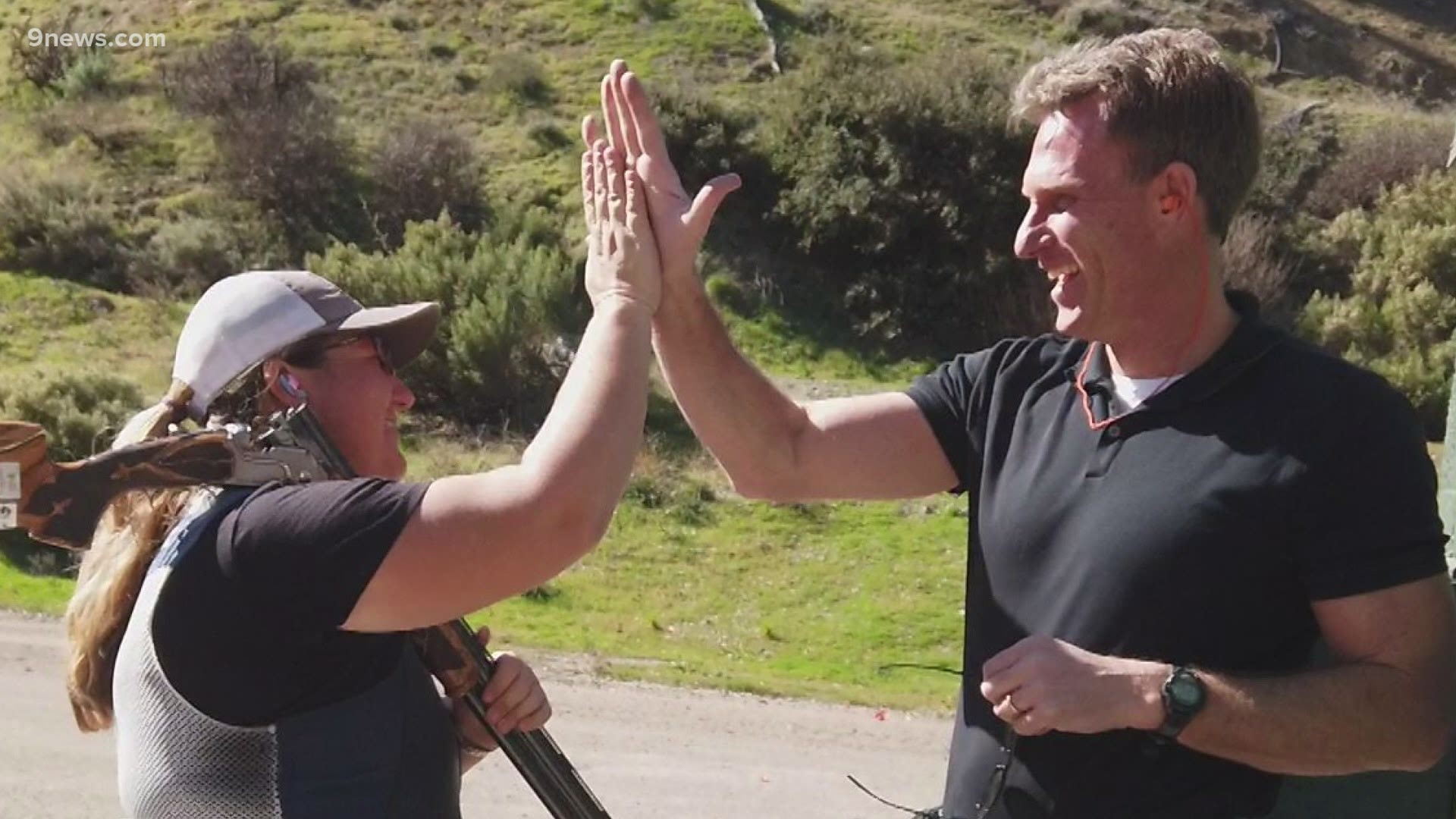 LOS ANGELES — At the Oak Tree Gun Range near Los Angles, skeet shooter Kim Rhode is so known they have a range with her name on it.

It’s no wonder everyone knows Kim, she trains at that California range and is arguably the best skeet shooter ever.

She's been to six Olympic games and has earned medals in all of them.

> Watch Matt Renoux's full lesson in the video above.

RELATED: Let us take you inside one of the most amazing forests in the world

RELATED: What to expect from an Olympic Opening Ceremony during a pandemic

“I’ve had six Olympics,” Rhode said. “I know how to practice and how to train.”

And that’s good news because these days, Rhode is helping to coach a younger generation of skeet shooters ... along with me.

She gave a few pointers to a guy who’s never shot a shotgun before, let alone a $15,000 personally-designed shotgun.

“I would say that the gun becomes part of us,” Rhode said.

After a few tips, they let the five-inch diameter target fly, and moving at 55 miles an hour, it’s my job to hit it from 40 yards away.

I miss, no surprise there.

But Kim’s not done with me yet.

She’s one of the best skeet shooters in the world and that’s got to mean something, so with a few more pointers it’s time to try again.

With a second shot, we hit the target.

It’s just two shots in the millions Rhode has taken to be the best, and a good shot at what’s it’s like -- even for a minute -- to feel like an Olympian.

"You already got it, now it’s just keeping yourself tuned up."