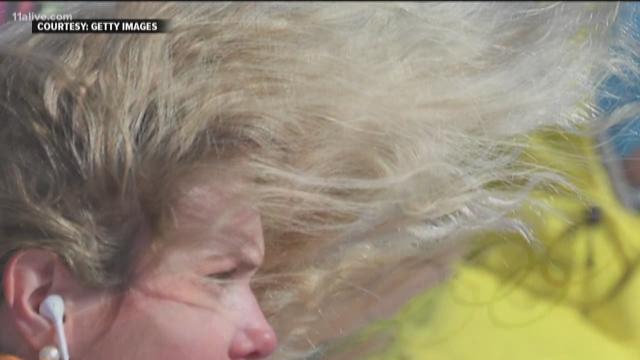 Kelly Clark left it all out on the halfpipe.

But her third run in the women's gold medal final wasn't enough to get on the podium in her fifth Olympics.

Clark's run included a 1080 and her execution was nearly perfect. The judges gave her an 83.50, putting her in fourth. She missed the podium by 2.25 points on what may have been her final Olympic run at age 34.

Clark is a five-time Olympian, competing in every Winter Olympics since 2002, and she is considered a legend in the sport.

Five trips to the #WinterOlympics. A lifetime of memories. Kelly Clark gave it her all. https://t.co/D65NuoQ952 pic.twitter.com/TykKmcTWl3

NBC interviewed Clark just minutes after her run. She was gracious despite missing the podium

"I don't know. I honestly haven't seen everybody's runs. I've been pretty focused on what I've been doing, so I just kind of did what I could," Clark said when asked about her low score. "I'm happy with my riding."

"I don't understand where the judging is going right now," he said on air during NBC's coverage. "Kelly's score was very low. I've seen every run come down this ring.

"For some reason, the judges don't want to reward Kelly."

Richards won two U.S. Open halfpipe titles and was a member of the 1998 U.S. Olympic team.

Liu Jiayu does a 900 and misses the grab and gets an 89. Kelly Clark lands a 1080 with way bigger air and control with grabs and gets an 83? Ok judges yeahhhh ok #PyeongChang2018 #Olympics #Halfpipe

HOW TF IS #KELLYCLARK NOT GOING TO MEDAL AFTER THE THIRD RUN??? #ageism #PyeongChang2018 #Olympics #womenshalfpipe

Clark is the most decorated Olympic snowboarder in history. Unfortunately, she won't get another medal to add to her collection.

Her teammate, Chloe Kim, dominated in the event. She scored a 98.25 to win the first gold medal of her career.

Snowboarder Chloe Kim lives up to the hype in Olympic debut