Biles, who is from the Houston area, has earned her seventh career Olympic medal. 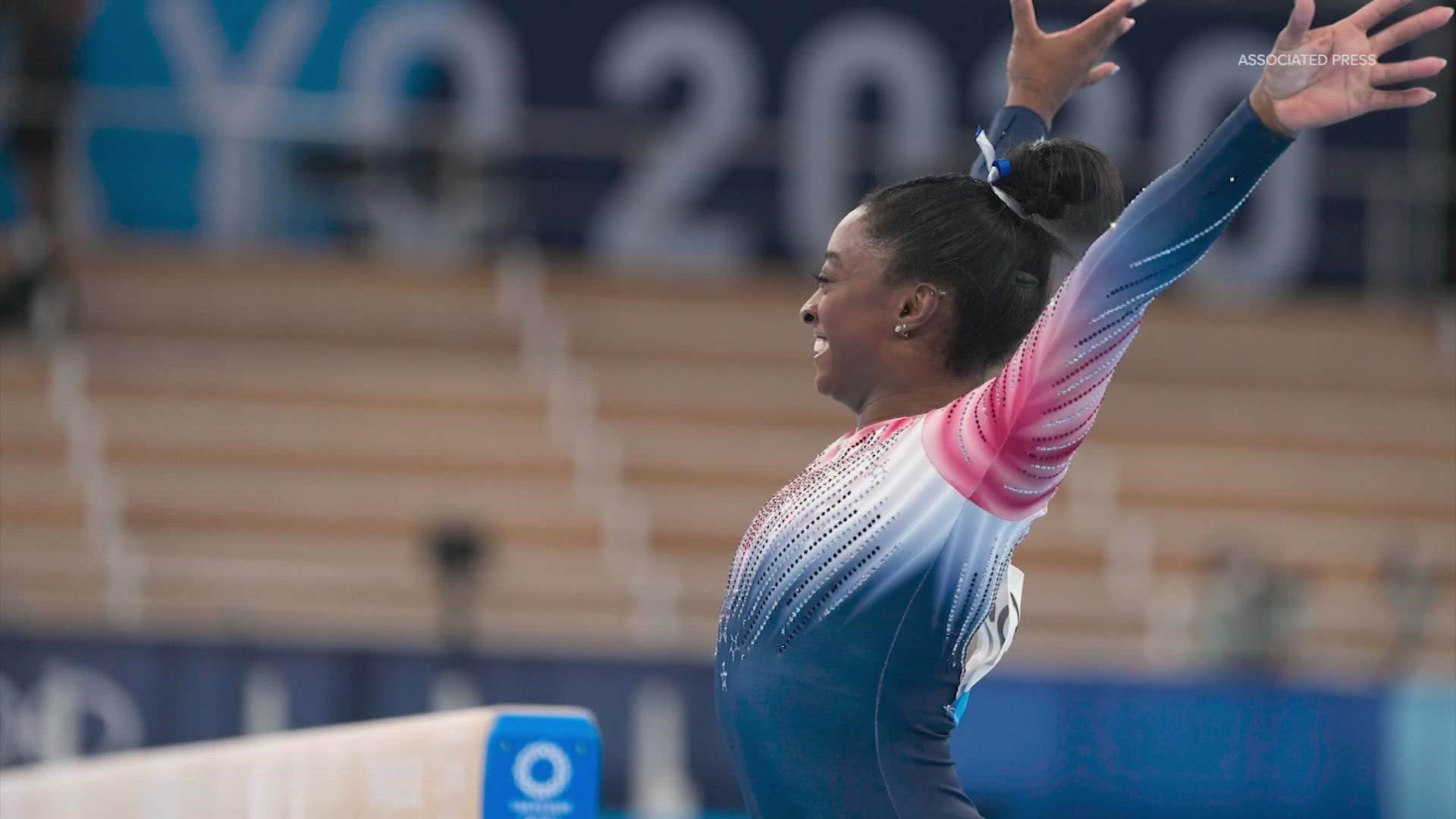 Biles drilled a slightly altered routine in front of a crowd that included IOC President Thomas Bach a week after taking herself out of several competitions to focus on her mental health.