It was a highly-anticipated milestone and coming-of-age celebration that’s friendly and low-stakes but also cements the sport's place in the world. 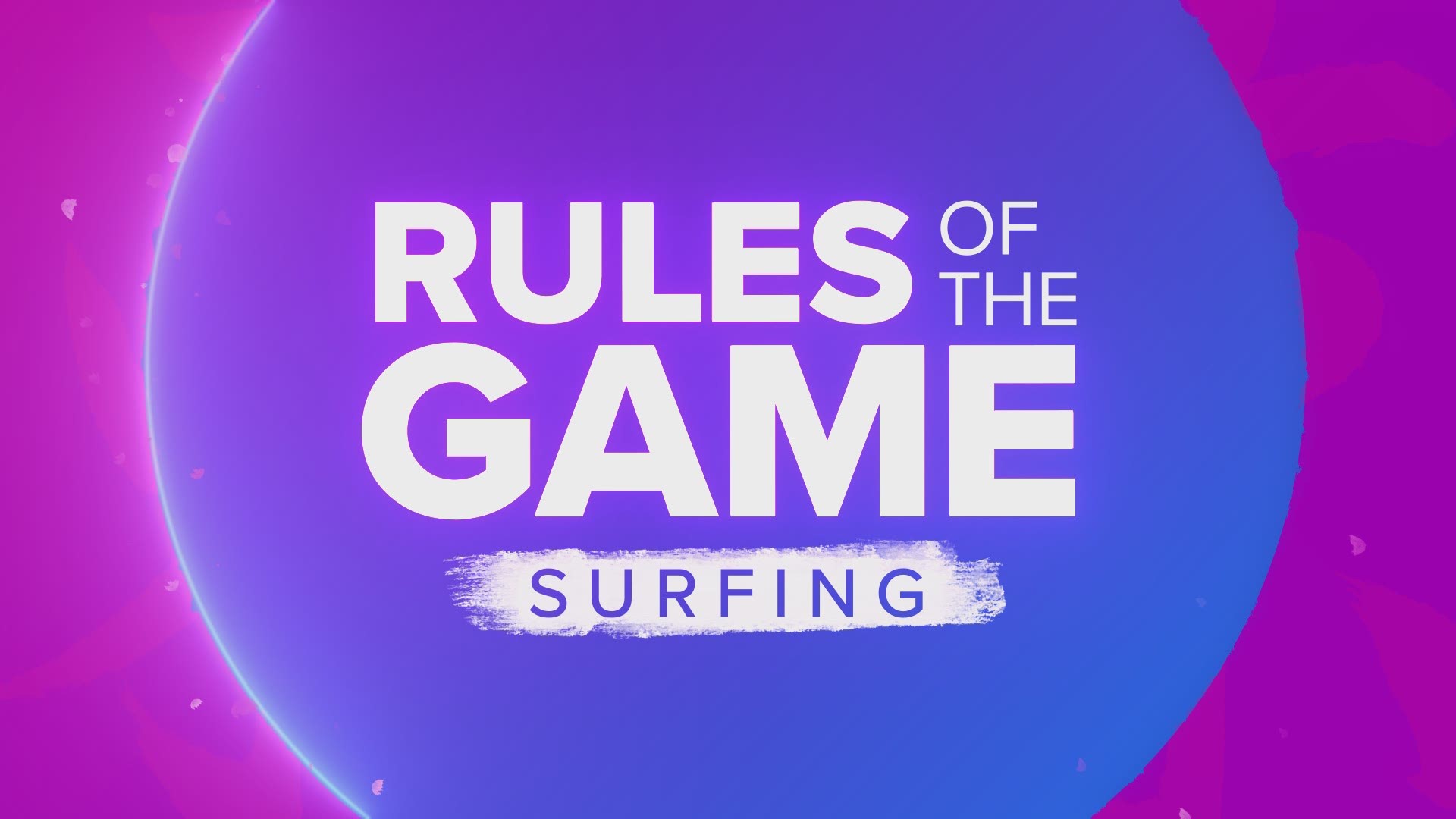 ICHINOMIYA, Toyokawa — It was surf’s up Sunday for the sport’s century-in-the-making Olympic debut as competitors were consumed emotionally by the momentous occasion and exuded the pure joy of finally making it.

For many spectators, this was the first glimpse of a beloved-though-niche competitive sport that is as wild as it is stunning.

Kanoa Igarashi is a 23-year-old Californian with dual Japanese citizenship who is surfing for Japan and has the advantage of growing up at the Olympic site, Tsurigasaki beach, about 90 miles east of Tokyo.

The young surfer summed it up this way:

“I feel like I’m representing my family, my sport, and my friends. I can’t wait to just talk to them for the rest of the day and to just enjoy watching surfing in the Olympics,” Igarashi said. “I can’t believe I said those words. We are in the Olympics!”

The nerves were clearly there, too. An Australian competitor said he wanted to puke. An American said she had a melt down.

Yet they hid their panic beneath the surface and put on a good show despite modest waves in the morning. Surfers came out of the water beaming with pride, and so excited to finally be at the big event they’d longed to be a part of.

Day 1 had the feel of a high school prom: a highly-anticipated milestone and coming-of-age celebration that’s friendly and low-stakes, but also cements their place in the world.

“Yesterday, I actually had a little mini-meltdown because of all the nerves and anxiety that built up,” said Carissa Moore, the 28-year-old reigning world champion who surfed for the U.S. “Today, I had more of a sense of calm going into it and was like, ‘Hey, today is game day. Whatever happens, I’ve done everything I could.’ And now it’s time to have fun.”

American teammate John John Florence, 28, said he was over-thinking his wave choice, which delivered the only surprise of the day when he was the sole red-shirt heat leader not to immediately advance.

Florence, who is coming off a recent injury and knee surgery, said he was disappointed in his first performance but proved himself in the second round with elimination on the line. He landed an impressive combo and some airs to boot. The dramatic turnaround showed that the Kelly Slater protégé who is considered among today’s greatest surfers was very much back again, and just in time.

“Having that heat earlier (in the first round) kind of got the nerves out and I just didn’t overthink it as much,” Florence said. “I do really good when I just let myself surf so I just went out there and surfed the best I could in those conditions.”

The contests featured 20 men and 20 women and began at 7 a.m. with 30-minute heats featuring four surfers at a time.

The men went first in the morning with low-energy waves that required them to grind out their own power, a challenge many top-level wave chasers aren’t used to, as they typically compete in the most enviable surf sites.

But waves picked up in the afternoon thanks to a brewing typhoon that promises an even better day tomorrow when the competition goes to 1-on-1 heats.

Credit: AP
Japan's Mahina Maeda maneuvers on a wave during the second round of the women's surfing at the 2020 Summer Olympics, Sunday, July 25, 2021, at Tsurigasaki beach in Ichinomiya, Japan. (AP Photo/Francisco Seco)

The first-ever Olympic surfing competitions were also marked by a last-minute scramble for the International Surfing Association to find an alternate for the men’s event. Portuguese surfer Frederico Morais said late Friday that he tested positive for COVID-19 and would miss the event, prompting the governing body to confirm the alternate before Saturday's deadline.

Surfers qualify via world tournament rankings, though each country can only have two surfers per gender.

Carlos Munoz of Costa Rica was the next male surfer eligible, and he accepted the slot before rushing to travel with the stringent pandemic rules in place for entry into Japan. He ultimately did not make it in time, so only 19 male surfers were in the water competing on the first day.

The small hiccup was hardly noted and certainly not minded by the small groups of Japanese locals who gathered just outside the perimeter on the beach in hopes of catching a glimpse of the joyous occasion.

And with tunes blaring from the beach, it seemed nothing could spoil surfing’s big Olympic day.

“I’m so stoked. It’s a special event. I’ve been training a lot in the last couple of months. I’m glad to be here,” said 27-year-old Italo Ferreira, the “Brazilian Storm” aerial master and medal contender who rode the first wave ever at an Olympic surfing event. “It’s special to everyone. It’s special for the surfers around the world and the fans. I’m so glad to be a part of this history.”