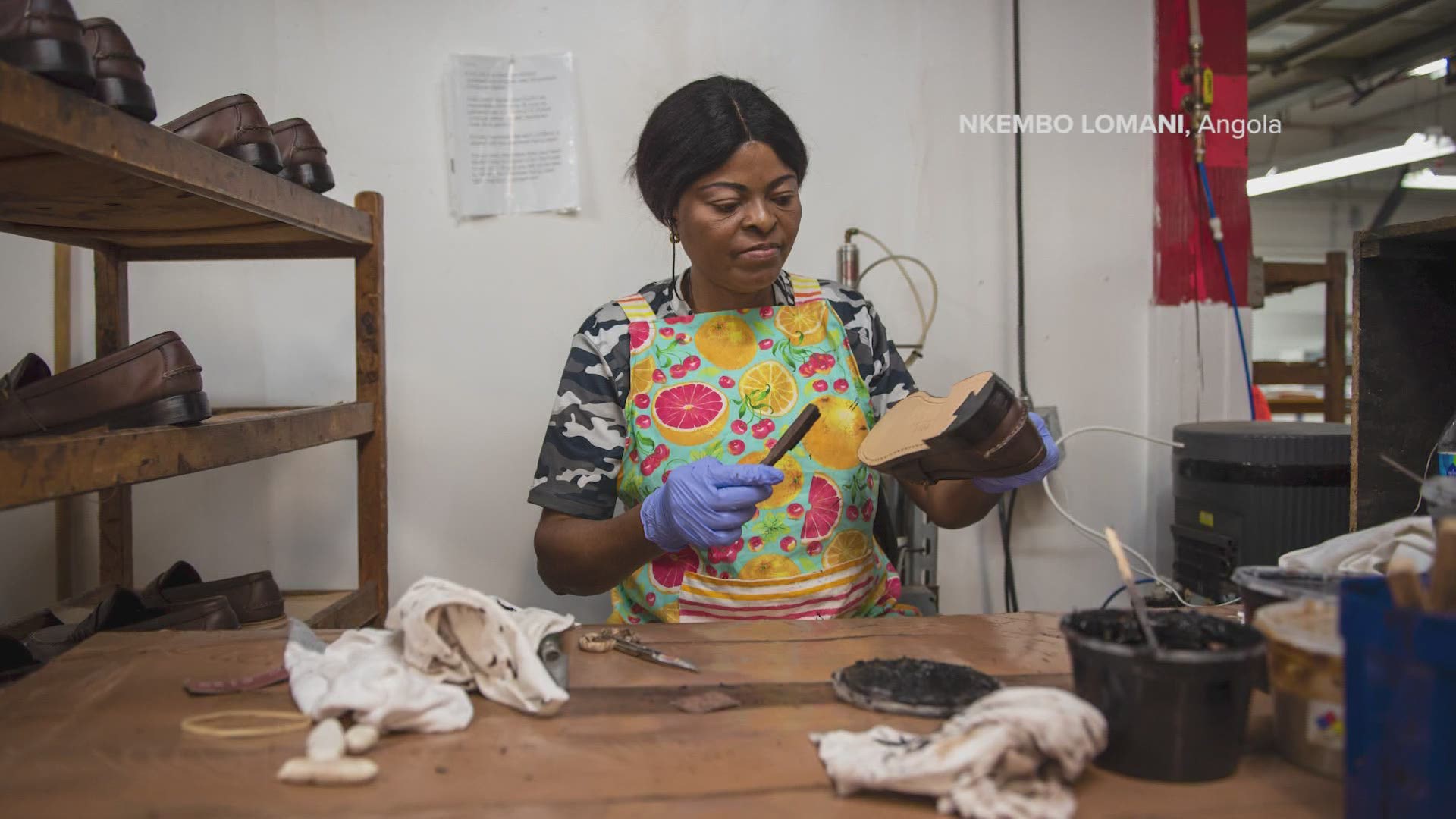 LEWISTON, Maine — When Team USA walked across the stage during the 2020 Olympics opening ceremony in Tokyo on Friday, they were wearing shoes made by a Lewiston company.

"They want to see their designs come to life, and so we make that happen. We make their images come to life," said owner and founder, Mike Rancourt.

The sneakers are handmade in Rancourt's factory by a staff of 35 people, and every material must be sourced from the United States.

"The fact that we continue to produce or make thing -- I think that's important for us as a society," said Rancourt. "Lots of demands and executing to a really high level."

Marc Labbe, of Auburn, packed each one of the shoes into boxes. His hands were the last to touch the sneakers themselves before the athletes take them out of the boxes in Tokyo.

"They can't believe that a small company here in Lewiston, Maine is making shoes for the Olympians," said Labbe. "It's an honor really. Not everybody gets the chance to do that."

This is the second time Rancourt has made shoes for Team USA: the company made the red, white, and blue boat shoes that the athletes wore during the opening and closing ceremonies for the 2016 Olympic Games in Rio de Janeiro, Brazil.

"There is definitely a legacy, but I'm also proud of the fact that I'm from Maine, I'm from Lewiston-Auburn, but I also represent Maine, and the fact that our sneakers now will be on this world stage, worn by Americans, I think that's amazing. I still get excited about it when I think about it," said Rancourt. "We were able to execute and produce the product here in Maine that's going to be seen on a world stage in Japan in the next three weeks."

1 / 21
Gabrielle Mannino/NEWS CENTER Maine
Marc Labbe of Auburn packages shoes in boxes, the final step of the process. Team USA's shoes can be seen in the foreground.

Making a sneaker is a bit different for Rancourt, which has years of experience making leather shoes such as moccasins, oxfords, and loafers.

"First off, it's more complex," said Rancourt. "Even though we've been making sneakers for about five years, now it's the fact that we were taking all new materials that we had not worked with before."

Rancourt said they had a tough time hiring about five to ten years ago as the older workforce, skilled in handmaking shoes, began to retire. He started hiring immigrants and said it has been a "tremendous" experience.

"They know about quality, understand quality, and so it's been a great experience," said Rancourt. "You could see their face lit up when we described these were going to go on Olympic athletes, made in the USA, shown in Tokyo by the world, they just lit up with it. so I could tell that sense of, 'we're here, we want to be part of America. We want to be part of Lewiston-Auburn and the community, and it's tremendous."

It was awesome to work with @gmanninophoto on our shoot at @RancourtCo where they made the @TeamUSA opening ceremonies uniform boat shoes for #Rio2016 , now these sneakers for #Tokyo2020 as a partner of @RalphLauren @newscentermaine https://t.co/3JVikw5IcV pic.twitter.com/dzbu6OCa3c