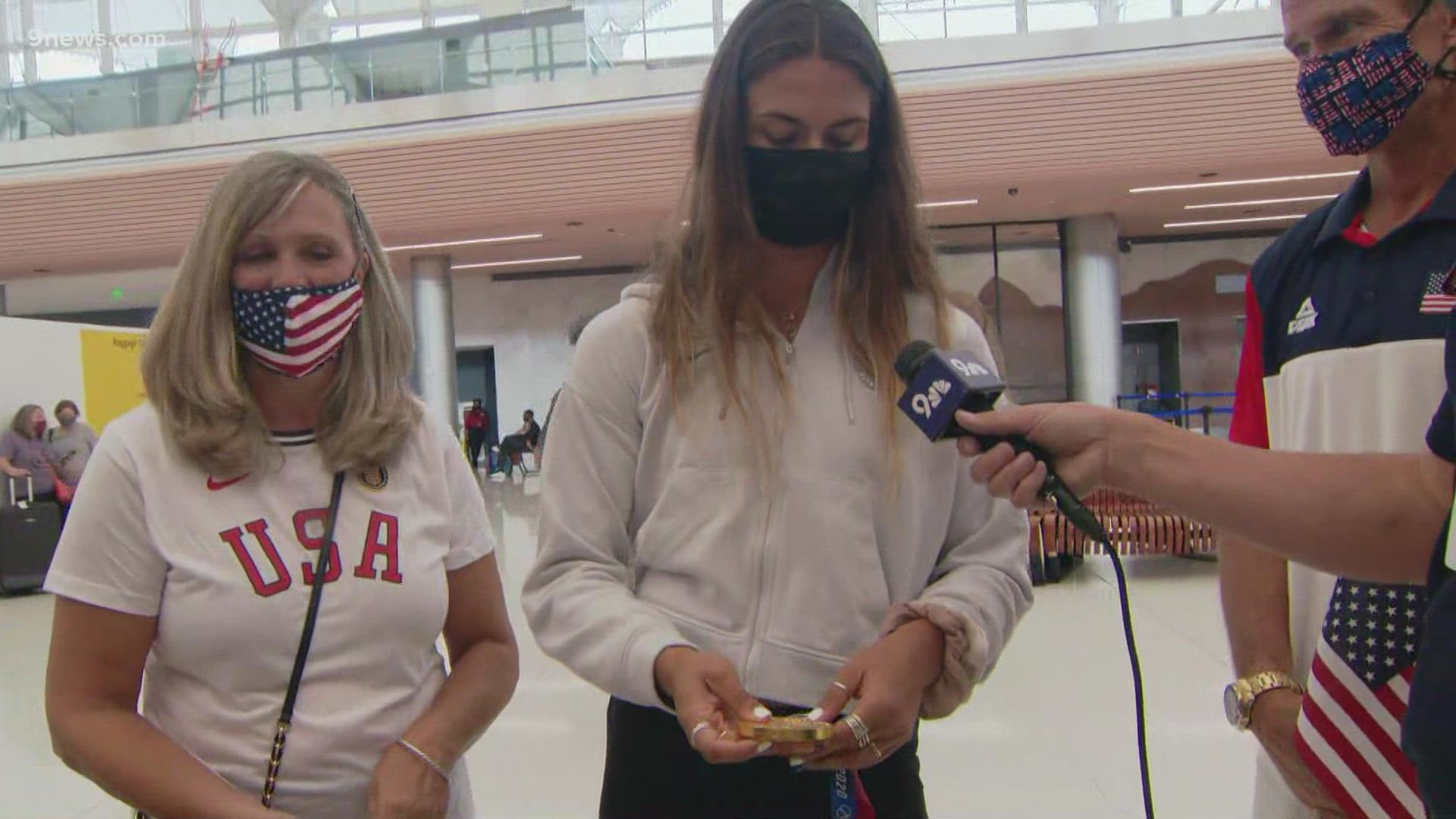 TOKYO, Japan — The path to Valarie Allman's gold medal — the first for the U.S. track and field team at Olympic Stadium — started with, of all things, a plate of spaghetti.

That promise of pasta from her high school team was enough to lure her into the discus and to the point she reached on a rainy Monday night at the Tokyo Games: A breakthrough — and a much-needed gold medal for the United States.

Allman opened the final with a throw of 68.98 meters (226 feet, 3 inches) and then waited through an hour-long delay and around 50 throws by her competition. But nobody could pass her.

“To be here, to be in this moment, feels so surreal,” Allman said.

About that life-altering meal: As a teenager, she was a dancer who dabbled in different track disciplines. But she hadn't found her true track calling. The throwers on her high school team in Longmont, Colorado, said she could partake in a pasta meal with them on one condition: She had to give throwing a try.

That's how the discus became her thing.

“Looking back, gosh darn, that was the best spaghetti dinner of my entire life,” said the 26-year-old Allman, a multi-time All-American while at Stanford who now and trains in Austin, Texas.

Worked out well for the U.S., too.

Hardly anyone figured the country's first medal at Olympic Stadium would come from women's discus. Not so much because of the event — American Stephanie Brown Trafton won it at the 2008 Beijing Games — but because of where it fell on the schedule: Day 4.

The fact she had to wait out a rain delay only added to the drama. She and her fellow competitors could be seen sitting under cover, with rain gear draped across their heads, after the downpour hit. She was in a groove before the stoppage, too. All she thought about during the delay was staying calm. She tried to think about her technique.

And while her first throw would be her top attempt, no one could catch her. Kristin Pudenz of Germany was second and Yaime Perez of Cuba captured bronze.

“I’m still waiting for my feet to touch the ground,” Allman said.

Light on her feet, Allman has a certain rhythm in the ring. That's from her dancing days, which she's carried over to the discus.

“It’s a second-and-a-half dance that you do hundreds of times, and really repetitive, but gosh darn, I do think it’s a dance,” she said. “It’s poetry. It’s grace. It’s balance. It’s powerful. It’s figuring how to do it as efficiently as you can.”

She and her coach, Zebulon Sion, have steadily built her into a gold medal-winning discus thrower with picture-perfect technique.

“It’s not how she finishes, but what we try to do is, in the middle, collect her energy and release that energy,” Sion explained. “It’s aesthetically pleasing — the lines, the balance, it’s stacked just right and no weird angles.”

To think, it all started with a plate of spaghetti.

“Our team is filled with so many incredible athletes, and I am just blown away that I am not only a medalist," Allman said, “but I am the gold medalist."