MountainFLOW eco-wax products are made from plants, rather than petroleum. 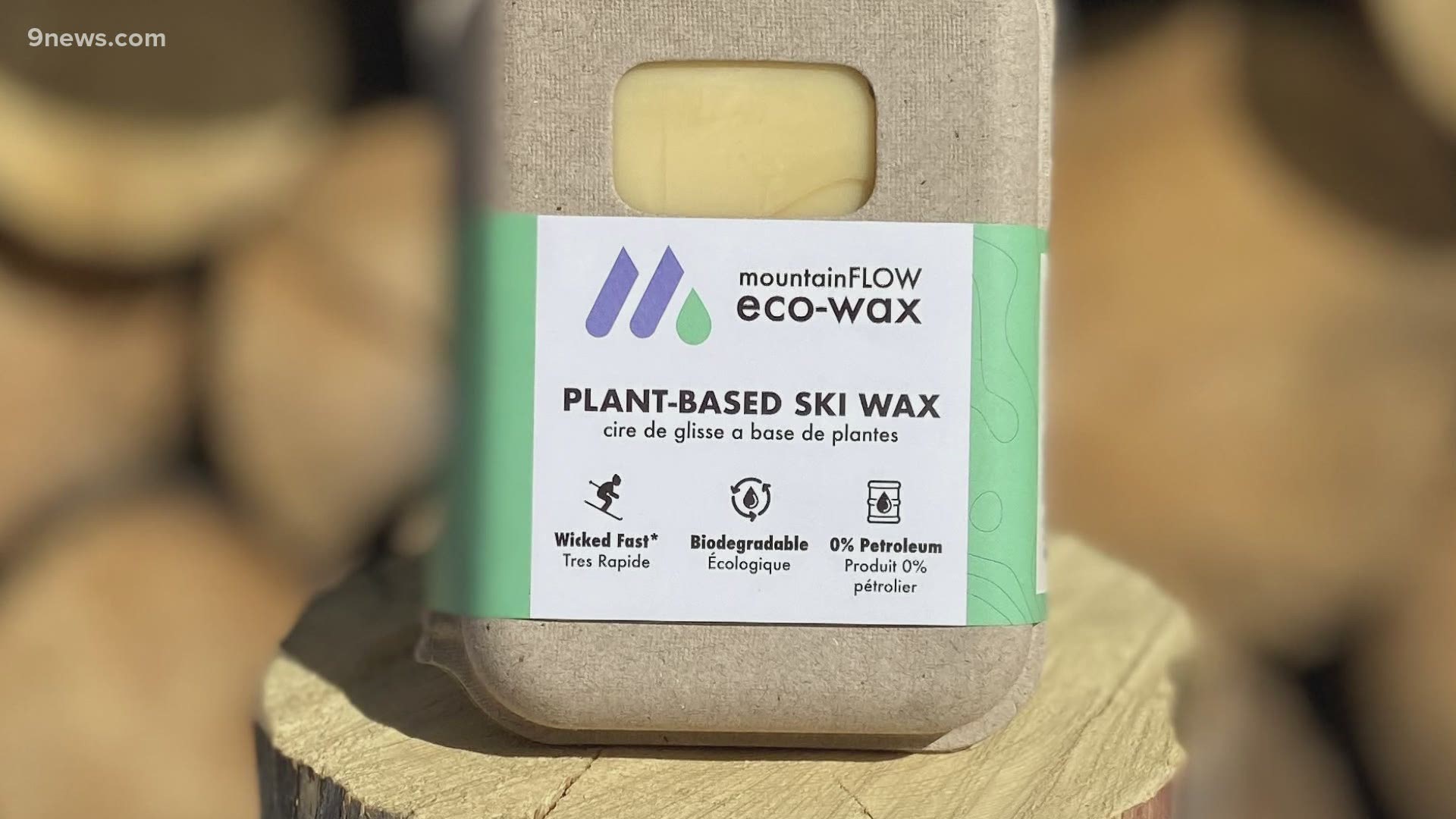 CARBONDALE, Colo. — Peter Arlein came dressed to the Shark Tank stage as if he were about to ski down a mountain – with his jacket zipped, helmet strapped and goggles secured, he pitched his company's rare ski wax to the sharks.

His idea was a success and Arlein secured a deal for $300,000 from two of the TV show's investors.

"Everyone asks did you win Shark Tank?" said Arlein, the founder of Carbondale-based MountainFLOW eco-wax. "And I was like I guess so. I got a deal, so sure I won!"

Ski gear is the normal attire for Arlein. He's worked in the ski industry his whole life. But his product makes him more of a chemist.

Arlein and his team launched their own biodegradable ski wax about a year ago. It's 100% made of plants and better for the environment than waxes that contain other chemicals. Most ski and snowboard wax is made from petroleum. It ends up in the snowpack and melts into the local watershed. For people in Colorado, that means the petroleum ends up in drinking water.

"Once I learned there was no truly eco-friendly options on the market at the time, it was a challenge," said Arlein. "Why isn't there a better option and can I figure it out? Soon into the process I realized why there wasn't that many options because it's really hard to figure out."

It took two years and 200 formulas for Arlein's team to create the plant-based wax. They cooked the formulas in his kitchen. Arlein explained they would make everything in house and test the wax on their own skis, over and over again.

"It was mostly skiing so it's hard to complain," Arlein laughed. "But like anything once you're committed, you want to figure it out. You don't want to give up. And we stuck with it."

After MountainFLOW won a Gear of the Show award at the 2019 Outdoor Retailer trade show in Denver, Shark Tank came calling. Arlein said he received an email from someone with the TV show. He didn't believe it at first. He responded anyways, kicking off a year-long process of getting on the show.

Arlein filmed his episode in November and it aired on Feb. 5.

"It was a wild experience," said Arlein. "It looks just like it does on TV. I've watched so many episodes and have seen so many people standing on the stage. Then it was me standing there, so it was a little trippy. I was pretty nervous coming into it. But, once I got out there I started my pitch and just got into the flow."

Arlein sold 20% of MountainFLOW to Barbara Corcoran and Kevin "Mr. Wonderful" O'Leary in exchange for $300,000. Arlein said he's looking forward to working with their teams and networks on expanding the company's market share internationally.

MountanFLOW products are currently available in the U.S., Europe, Japan and New Zealand.

The company first started in 2016 with a focus on eco-friendly products for backcountry skiers.

MountainFLOW recently launched a full line of bike products that are also plant-based and biodegradable. Most bike products are similar to ski wax in that they are both petroleum-based.