There are concerns having the Colorado Avalanche Information Center testify in an upcoming criminal trial will dissuade people from reporting slides. 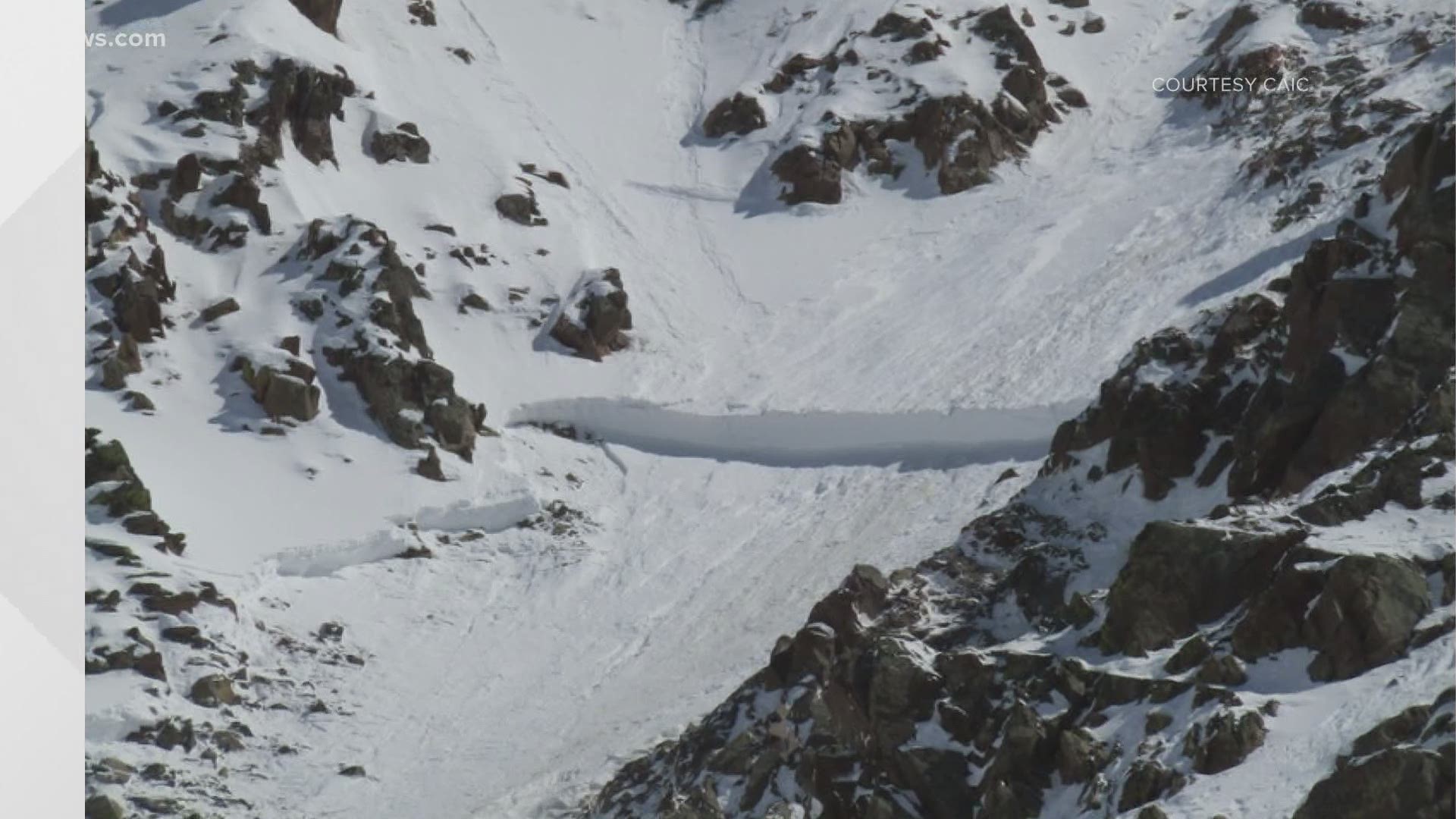 COLORADO, USA — Colorado's Attorney General has stepped into a rare criminal case against two snowboarders involved in an avalanche above Interstate 70 last year.

Attorney General Phil Weiser filed a motion to quash testimony from two state avalanche forecasters. In the documents, he claimed that having the Colorado Avalanche Information Center (CAIC) appear as experts could create a 'chilling effect' and dissuade people from reporting slides to the CAIC.

"We're worried about anything that would make people feel like they shouldn't share information with us," said CAIC Director Ethan Greene. "That's not just true about this case. It's true about everything we do every single day."

The case involves Evan Hannibal and Tyler DeWitt. The experienced backcountry snowboarders are both charged with reckless endangerment and may have to pay nearly $170,000 in restitution.

Prosecutors said Hannibal and DeWitt were riding above the Eisenhower-Johnson Memorial Tunnels when the avalanche was triggered on March 25, 2020. No one was hurt. Avalanche danger was moderate at the time, according to a CAIC report.

Forecasters with the CAIC investigated the slide, as they always do after avalanches. Hannibal and DeWitt's attorney said the boarders willingly shared GoPro video when the slide began with forecasters.

"They in good faith reported everything to CAIC," said attorney Jason Flores-Williams. "They went above and beyond professional backcountry standards. And it would be heartbreaking to my clients if somehow from this prosecution CAIC were somehow damaged."

"Our investigations are not legal; we have no statutory authority to do them," Greene said. "We do it to be able to provide education for people and also contribute to the long-term record of avalanche accidents."

Greene said everything CAIC can provide for the trial is already in their report. He also argued March is a busy time for forecasters, and his small staff is spread thin. Greene said he made a request to the state for CAIC not to participate in the trial.

Attorney General Phil Weiser, representing the CAIC, called the subpoenas 'unduly burdensome' and said 'compliance would be unreasonable or oppressive' in motions to quash the subpoenas.

The District Attorney for the 5th Judicial District, Heidi McCollum, said her office issues subpoenas for state employees all the time.

"We have cases across our district; there are cases across the entire state of Colorado that involve CBI analysts, that involve Colorado State Troopers, that involve Department of Wildlife employees," McCollum said. "I am unaware of any case where the Attorney General has filed a motion to quash a subpoena when any prosecutors' office has requested any of those individuals. So this is new territory."

McCollum said she does not believe the outcome of a single criminal trial in Summit County will affect whether someone reports an avalanche in the future.

The hearing on Weiser's motion is scheduled for March 16 in Summit County court.

Greene said if the motion is denied, CAIC will do exactly what's required of the agency.

The jury trial against Hannibal and DeWitt is scheduled to begin on March 25.