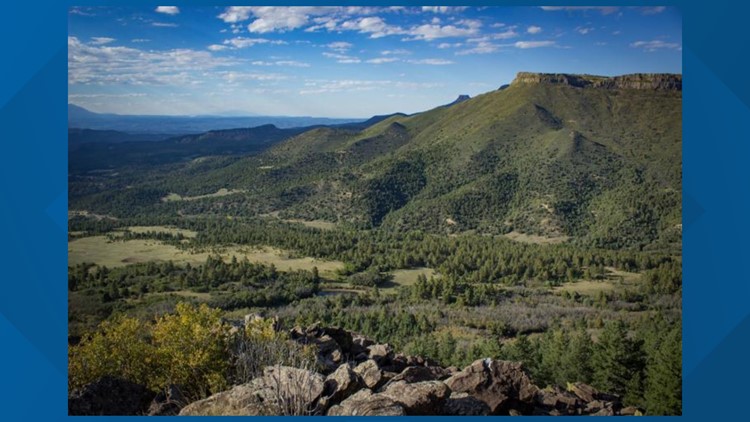 Photo by: Lauryn Wachs, THE NATURE CONSERVANCY)
Fisher’s Peak is surrounded by the beauty of Crazy French Ranch. The land recently was acquired in a conservation mission led by The Nature Conservancy and The Trust for Public Land, with essential funding from Great Outdoors Colorado and Colorado Parks and Wildlife.

Its centerpiece: Fisher’s Peak, the unmistakable flattop sentinel looming over Trinidad and visible from I-25. The mountain, along with the surrounding 19,200 acres of Crazy French Ranch, will enter Colorado Parks and Wildlife’s protected portfolio, as announced Thursday.

Later this afternoon, Gov. Jared Polis was to be in Trinidad to celebrate the adoption alongside representatives of organizations that made the preserve possible. While CPW and Great Outdoors Colorado put down the initial $14.5 million to purchase the previously private ranch, nonprofits the Trust for Public Land and the Nature Conservancy pledged the rest of the $25 million deal struck at the end of 2018.

Before opening the park, players involved have said they anticipate spending two to four years to plan trails and access.

Access to Fisher’s Peak, which is displayed on Las Animas County’s official seal, has long been viewed as a dream among locals, Trinidad Mayor Phil Rico said in a previous interview with The Gazette.

>Read more from our partners at Colorado Politics.