The vacancies range from the front desk at recreation centers, to maintenance at the parks around Denver. 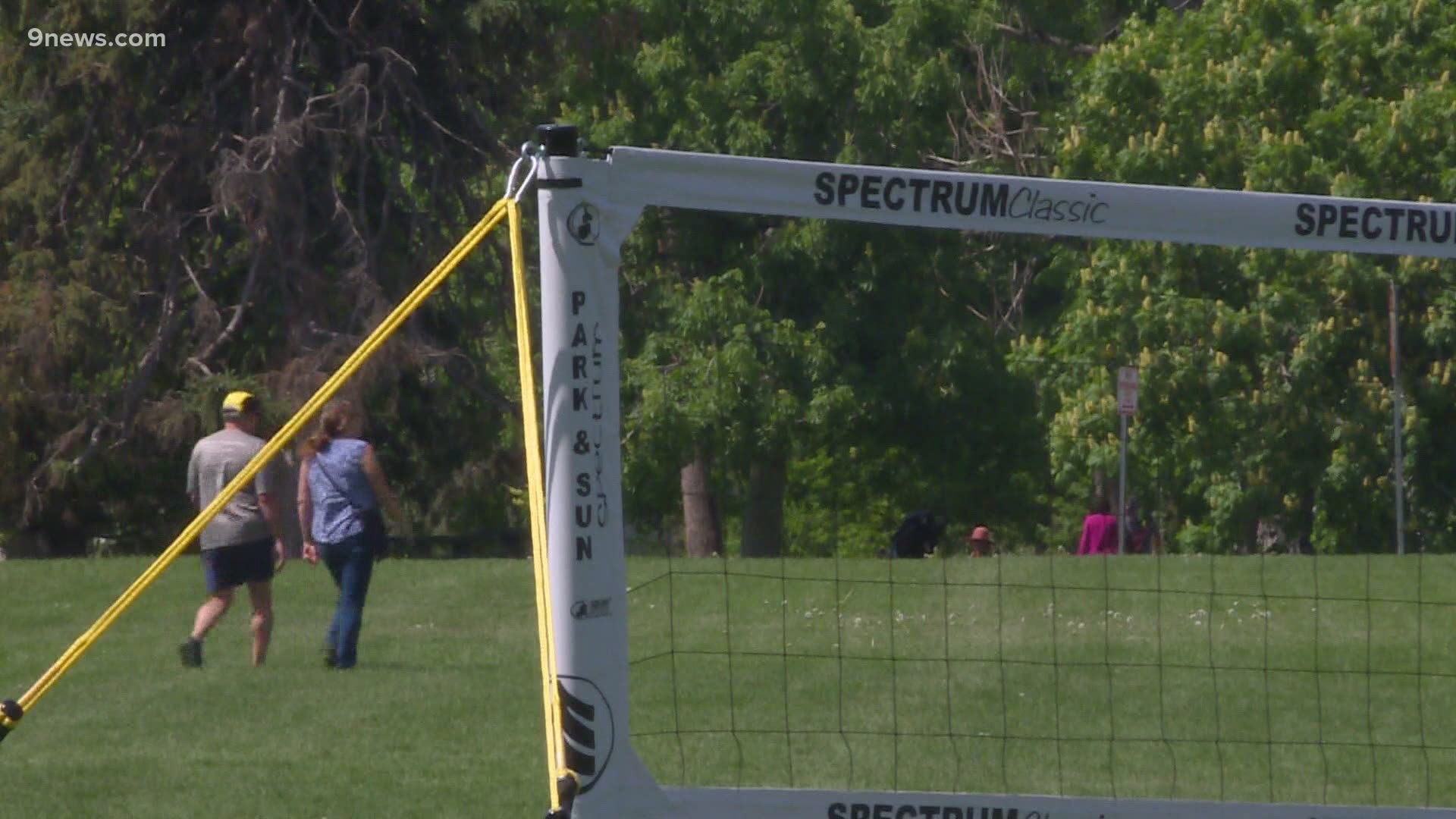 DENVER — As more people rush to Denver's beloved parks just ahead of summer, Denver's Parks and Recreation Department said that some visitors might notice a few differences.

"As we planned our budget last year to go into this year, we didn't know where we were going to be at with the pandemic," said Scott Gilmore, deputy executive director for Parks and Rec.

This year, Gilmore said he is working with smaller staffing throughout the department. Vacancies range from the front desk at recreation centers to maintenance at the parks around Denver.

He said he hopes more people apply for the open spots. Park usage was expected to be high this summer after the loosening of COVID-19 restrictions.

A tightened budget that stemmed from the pandemic was one of the factors that went into why Denver Parks and Rec weren't able to hire as many workers.

"Historically, we would hire around 200 on-call or seasonal workers," Gilmore said. "When the pandemic hit, we had hired about a hundred, right around one-hundred people. And that's where we stopped because revenues had dried up for the city, and we just didn't have the money."

There are about 100 workers for parks, so the department was looking to fill 20 to 30 more spots, Gilmore said.

"We budgeted approximately about enough to hire about 130 seasonal workers to work in our parks department," he said.

"We're starting to open them back up, but we're struggling to find lifeguards, fitness instructors ... just people to staff the front desk at the rec center," Gilmore said. "So right now, the number I looked at this week is we have 170 open positions."

Credit: Luis de Leon
A person on a bike zips by at Cheesman Park in Denver.

Gilmore said that those who work for Parks and Rec do a lot, from maintenance to taking care of landscaping.

"They work on irrigation, they empty trash cans, they just take care of the parks. They do plowing in the winter, all those types of things," he said. "In the summer, as you can see, the grass is pretty green. The grass starts to grow, the flower beds are planted. A lot more things are happening in the park, a lot more people, a lot more trash to pick up."

He added that trash usage in the central part of Denver is estimated to be up 45%.

The landscaping is also impacted, he said.

"We might only be able to mow instead of every five days, we mow every seven days," he said.

While Gilmore said he hopes more people apply for work in the department, he has a message for the community.

"Please have some patience with us if you see a park that isn't perfect or has some weeds in one of the flower beds or if a trash can looks full," he said. "We're going to get to it. But sometimes it just takes us a little bit longer to get to some of those things than normally it would've."

Among the impacts of having too few workers is that some flower beds have not been planted.

"What we've done is we actually haven't planted about 50 percent of our flower beds," Gilmore said. "It takes a lot of effort to plant flowers in the city and county of Denver. Right now, we have only planted about half our flower beds in the city. Next year we're planning on planting them all, but we need the people to help take care of those flower beds because it takes a lot of effort to plant and maintain those flower beds at the level that the citizens and the visitors to Denver expect."

At Cheesman Park, volunteers groups, such as the Cheesman Park Advocacy Group, have been working to take care of the rose gardens.

"This is really something that the community comes together with," said Cindy Sestrich, one of the coordinators of the group.

She said that the group takes care of about 24 rose beds, and they work in coordination with Denver Parks and Recreation. They've tended to the rose gardens since 2012.

"Every bit of it is volunteering," she said. "We volunteer our time, we volunteer supplies, and we just supplied... under 200 new rose bushes to put into this garden because we had a lot of die-off in the last few years."

Sestrich credited the opportunity to take care of the garden to different supervisors and the horticulturist that the group works with, as well as the Denver Rose Society, which has been the group's educational instructor.

To volunteer with the group, email CPAG@CheesmanPark.org.