Diamond Peaks Ski Patrol in Northern Colorado is one of the few groups in the country that focuses on patrolling the backcountry, rather than a ski resort. 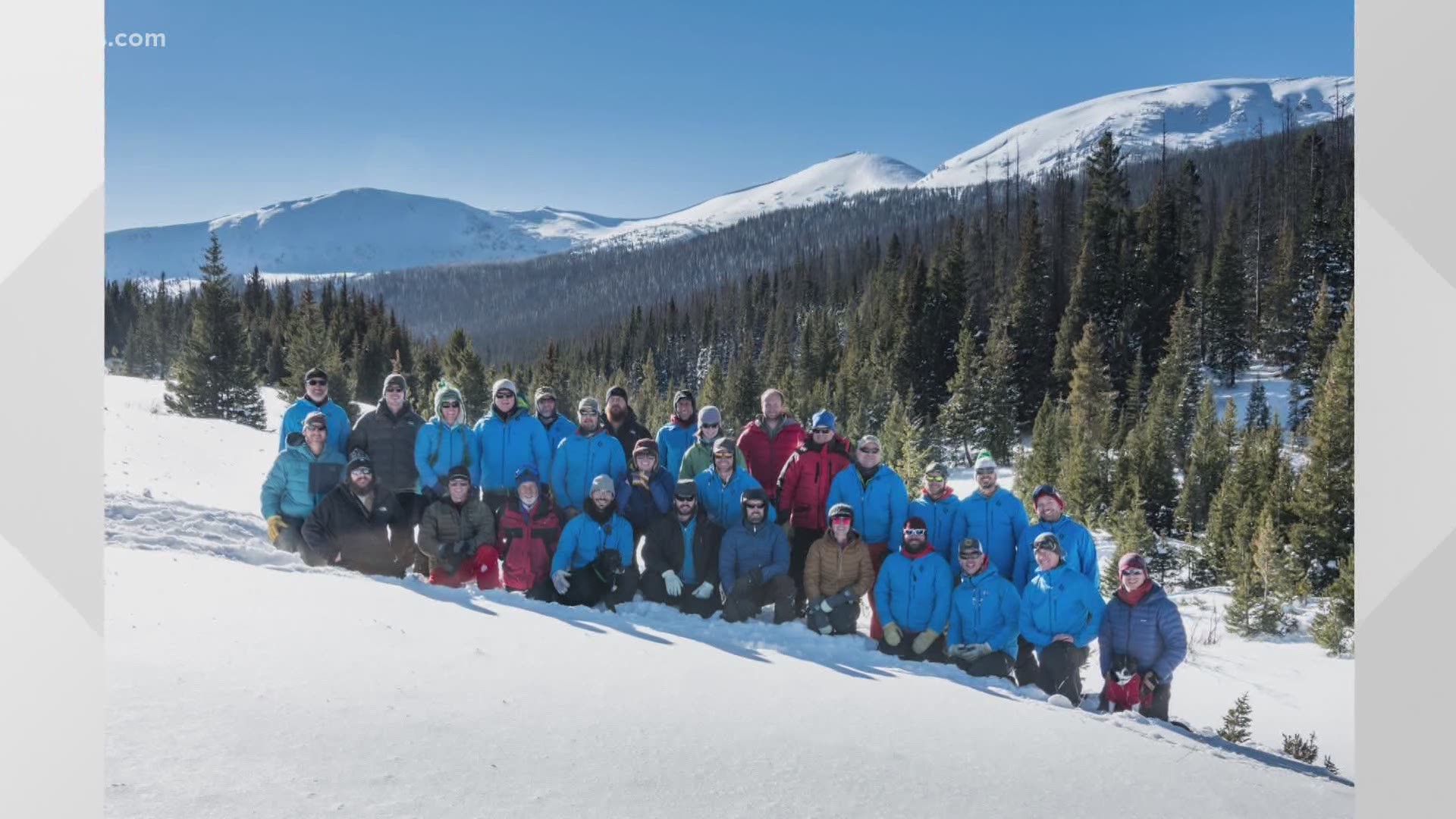 COLORADO, USA — It's been a busy season for adventuring in the backcountry. Multiple recreation areas have reported an unprecedented amount of people on the trails.

Cameron Pass in Northern Colorado is among those areas. But unlike some other backcountry regions, Cameron Pass has its own ski patrol.

Diamond Peaks Ski Patrol has a 30-year history of navigating and responding to emergencies in the area. The group was formed in the 1990-1991 season after the ski area in Rocky Mountain National Park closed. A number of patrollers still lived in Fort Collins. They registered with the National Ski Patrol and set up agreements with land management.

Diamond Peaks Ski Patrol is made up of about 50 volunteers who love to ski and are trained to save lives.

"Almost every patroller's secondary or primary answer to why they do this is wanting to really contribute something in a manner they feel like they have a degree of expertise to begin with," said Owen Richard, elected Director of Diamond Peaks Ski Patrol. "Once you start it's this great warm feeling that can sustain motivation."

Richard has skied in the area for 20 years and joined Diamond Peaks nine years ago. He agreed the amount of people on Cameron Pass this season has been among the busiest he's ever seen.

"That said, with our mission-based responsibilities, we're seeing more traffic in that regard as well," Richard explained. "We've had some mutual aid support groups going to Boulder County. We've had a little bit of activity around Cameron Pass but no astonishing accidents yet this year. Just a lot of traffic. The kind where everybody is just waiting for something to happen. And it's going to be a bad deal."

Five people have been caught in avalanches on Cameron Pass since 2011, according to the Colorado Avalanche Information Center. One was a woman who died last season.

Patrollers on Cameron Pass are grateful they haven't needed to respond to an accident so far this season. But after 11 avalanche deaths across the state this season, Richard said the avalanche danger is daunting.

"To be honest, I've seen weird avalanches in weird places in my 20 years of skiing around Cameron Pass," Richard recalled. "I haven't been seeing the big ones we see in normal areas like South Diamond Peak. It kind of feels like those particular areas, to personify them a bit, are just waiting and giggling like some nasty thing."

The group is prepared for the worst. It's common for Diamond Peaks Ski Patrol to have a group or two patrolling Cameron Pass each weekend. Richard said the National Forest Service requires volunteers to be out there four days a year. Most patrollers get more than that, according to Richard.

"I think most of the time, nothing happens," said Richard. "Occasionally you'll get a stuck motorist, someone with car troubles, a flat tire. Much more rare than that is somebody that's under duress that needs help."

Each patroller with Diamond Peaks Ski Patrol takes an 80-hour Outdoor Emergency Care class for first aid and Avalanche Rescue courses. They also receive a National Ski Patrol Mountain Travel and Rescue certification to learn about rescue scenarios and survival in the mountains.

The patrollers have multiple roles besides responding to emergencies - similar to ski patrols at resorts. Diamond Peaks volunteers help visitors with the trail system, notify them of conditions, and assist with gear issues. Richard said he wants people to be comfortable in the backcountry. He's gone so far as giving people hand warmers if needed.

"We try and lightly contact people when we're out on patrol days just to make sure everyone's good and knows where they're going," said Richard. "Sometimes we don't even necessarily introduce ourselves as patrollers. We've gotten feedback that people don't like established organizations out there. We try to be sensitive about that."

Diamond Peaks Ski Patrol has an agreement with the National Forest Service to be out on Cameron Pass. The group also works with local counties, like the Larimer County Sheriff's Office, and nearby alpine rescue teams.

"We do have training agreements, most of the emergency service specialists in the sheriff's department right now have gone through our avalanche training, we can provide that service to them," said Richard. "They can also lean on us to help in terrain that they personally may not be familiar with."