Emily Harrington is the first woman to free climb the Golden Gate route in less than 24 hours, fourth woman to complete any route in a day. 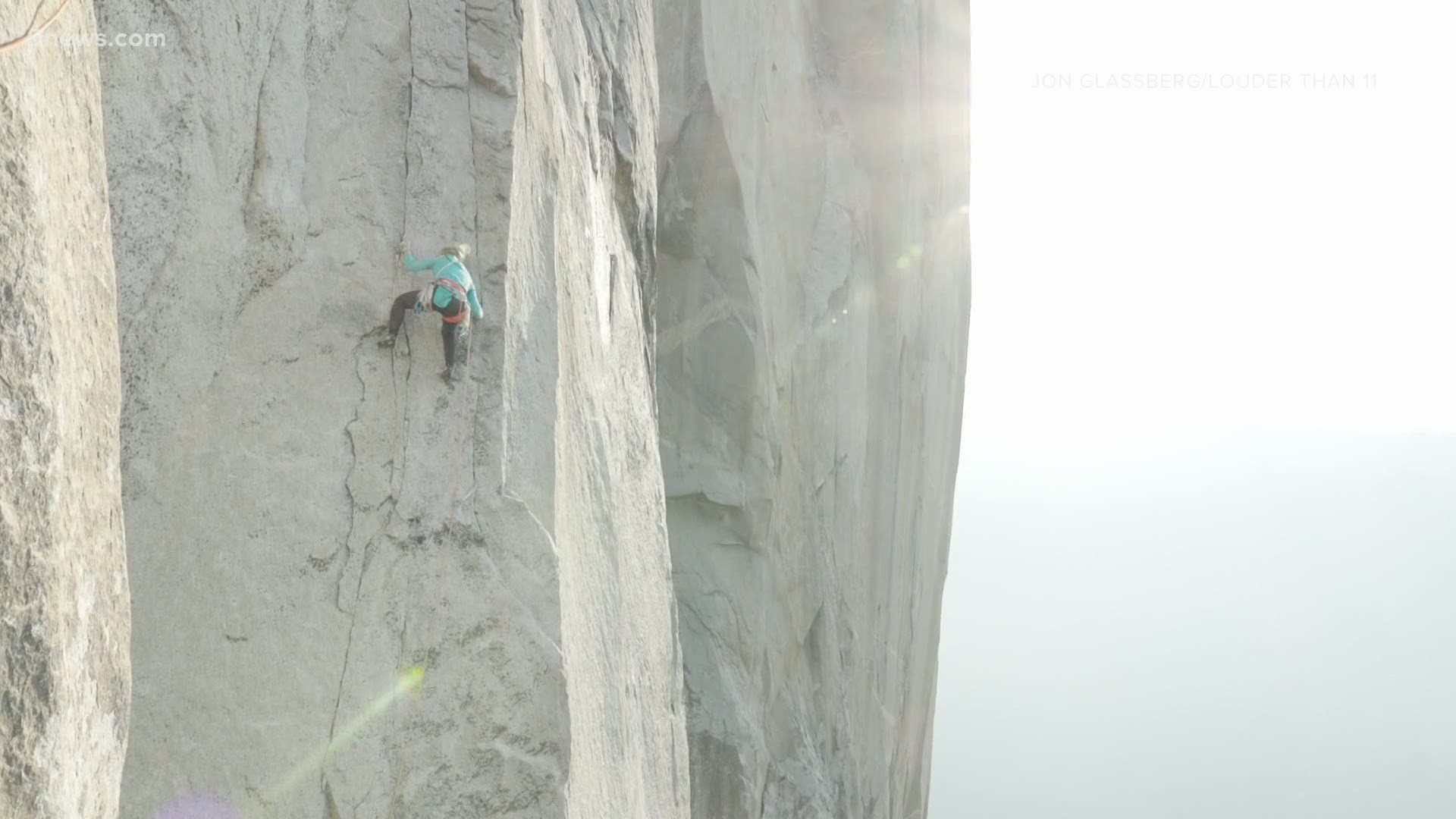 YOSEMITE WEST, Calif. — While the rest of the country watched election results come in the early hours of Nov. 4, Boulder native Emily Harrington started up the face of El Capitan in Yosemite National Park.

Exactly 21 hours, 13 minutes and one second later, she pulled herself over the top, becoming the first woman to finish the Golden Gate route in less than a day. She's the fourth woman to complete any route in that time.

"It's been a dream of mine for a really long time to free climb El Cap in a day. To me it's like, sort of the epitome of climbing to me," Harrington said. "It requires a really really vast array of skills, and as someone who's kind of, as a climber, is sort of dedicated my life to being a really well-rounded climber sort of learning about all the different aspects of climbing itself felt like this perfect challenge."

But this wasn't her first attempt, it was the fourth. During last year's third attempt, Harrington had a major fall about halfway up. She suffered severe head and neck injuries that landed her in the hospital for several days.

"More than anything, it just added fuel to the fire," Harrington said. "I knew the mistake that I had made. I knew that I had been a little bit complacent and a little bit too comfortable and hadn't taken the proper steps to make sure that I was safe. And so I knew that it was avoidable, it wasn't just like something that was going to happen again."

So less than a year later, she started the 3,200-foot climb, determined to get it done. With "Free Solo" star Alex Honnold and her fiance, fellow climber Adrian Ballinger, supporting her on the ends of her rope, she finally completed her mission.

"It was pretty surreal. I've imagined that moment for so many years and to be able to finally achieve it, it was pretty, it was just unreal," Harrington said. "I was so exhausted, I was so drained, and I was so glad that I had, like, done it and nothing too dramatic had happened. But I couldn't really wrap my head around it at the time, it was just one of those moments of disbelief that I think a lot of people have when they achieve something really big, they're not quite sure what to do and they can't quite find the words."

Credit: Jon Glassberg/Louder Than 11
Emily Harrington shows her stopwatch after making it to the top of El Capitan on the Golden Gate Route on November 4, 2020.

But Harrington almost didn't make it.

"I hit my head again, right there, a little higher up on the route. Thankfully, not as serious, I do have two stitches though," Harrington said.

She's OK now, back at home with her family.

"I'm definitely enjoying it right now," she said. "I'm trying to soak it all in and enjoy it and get a little bit of rest and recovery."

As for her next adventure, she's taking the time to figure it out.