WATCH | Man dives out of the way of provoked bull elk

This time of year, hundreds of elk are descending to the lower meadows of Rocky Mountain National Park for the rut. 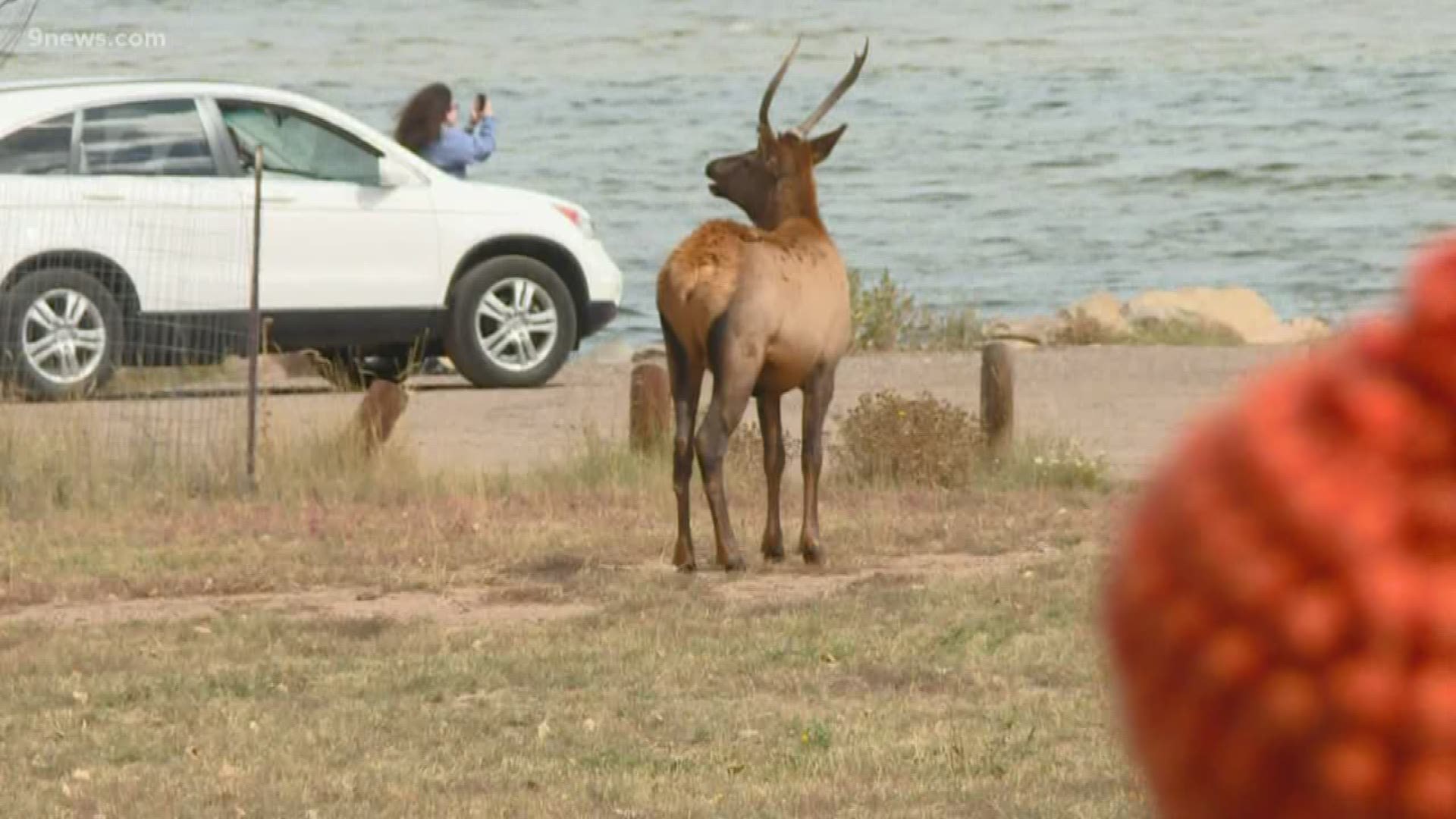 ESTES PARK, Colo. — A man was brought to the hospital after he fell following a close encounter with a bull elk in Estes Park Thursday morning.

Two bull elks were facing off on a sidewalk near the Estes Park Visitors Center sometime between 9 and 10 a.m., according to Jason Clay with Colorado Parks and Wildlife. There was some space between them, Clay said.

A man and woman walked between the bulls, which Clay said provoked one of them to go after the man.

He dove out of the way, hitting his head on a rock, according to Clay.

The man did not come into contact with the elk but was brought to the hospital because of the fall. Clay said he did not think his injuries were serious. 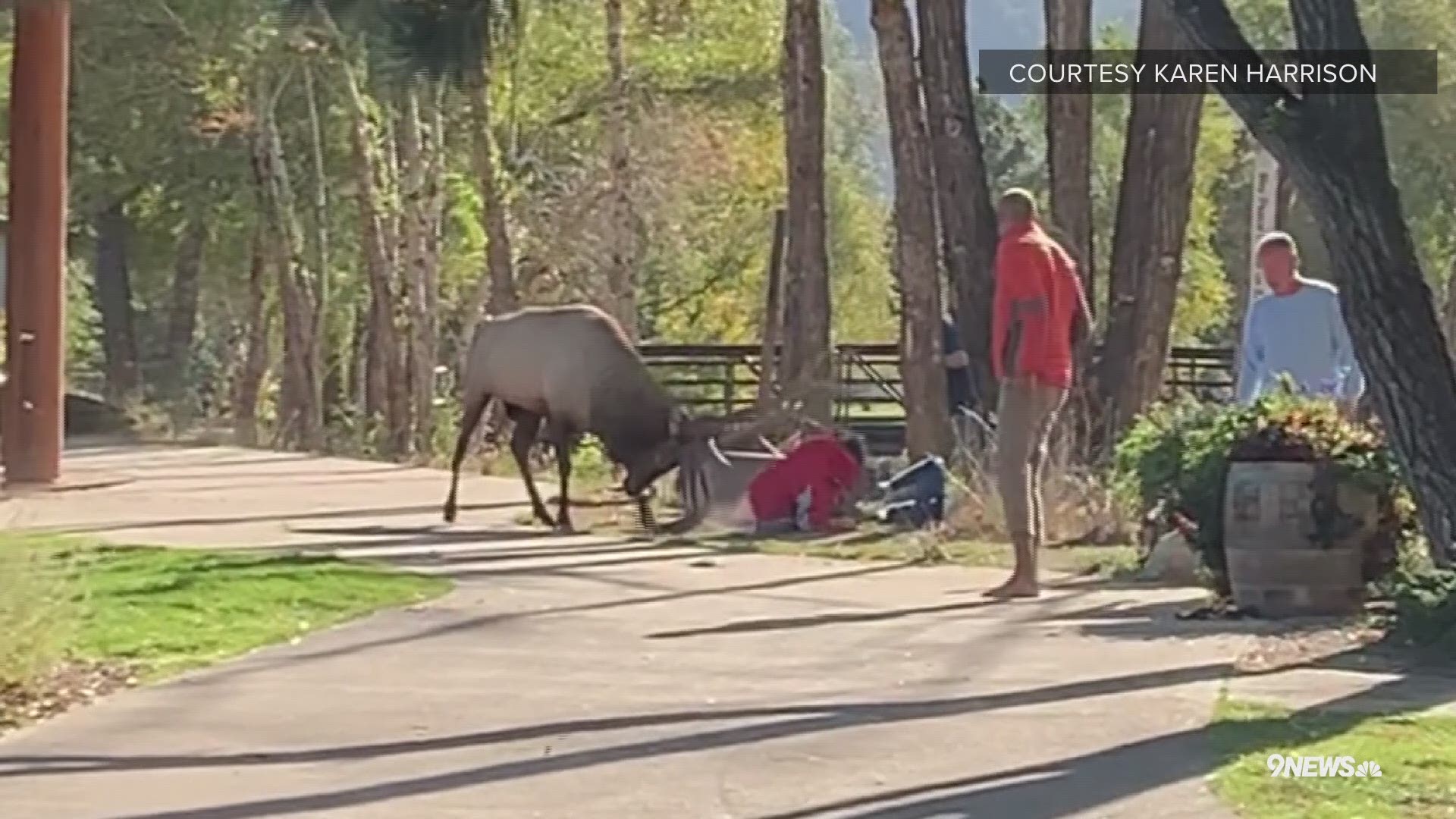 The other elk bull approached the woman and Clay said it stood over her but did not come into contact with her.

"He dropped his head and he started charging people. A lot of them were way too close. Way too close," said Karen Harrison, who watched from the parking lot.

Brian Berg was driving on the street nearby when he saw what was happening. He drove his truck over the sidewalk to help. He says his truck now has a hole and dents from when the elk rammed him.

"If it had not been for him, I don’t know what type of injuries the lady would have sustained."

Several people posted a video of the encounter on Facebook:

This time of year, there are more elk in Estes Park. The males are particularly aggressive because of the rut.

CPW shared tips for how to stay safe when viewing elk or coming in contact with them:

RELATED: 9Things to do in Colorado this weekend: September 27-29

The elk rut is in its peak from mid-September to mid-October, and it’s the one time during the year male elk (bulls) try to woo the female elk (cows). According to Rocky Mountain National Park’s website, bulls that are 8 years old to 9 years old have the best chance of being successful at mating … but first, they must charm a group of cows known as a harem. There’s tension between bulls competing for the affection of a given harem.

Clay said that every year there are close calls because people are trying to get pictures with the elk. He reminded visitors to keep a safe distance, especially from bull elk that are challenging each other.

Nothing will happen to the animals because they were provoked, according to Clay. He did not know if the people involved will be cited. 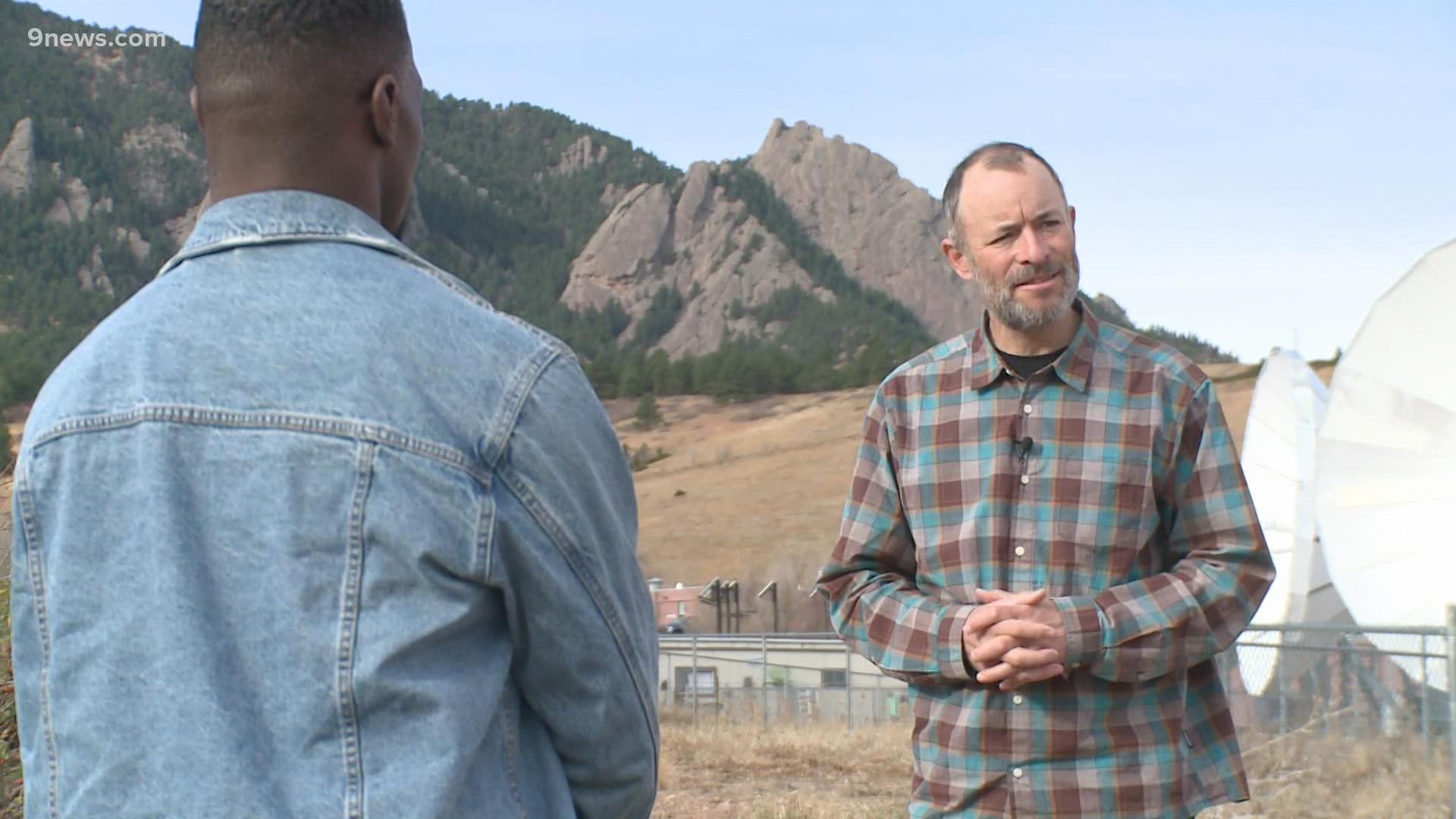 Is climate change affecting the height of 14ers?