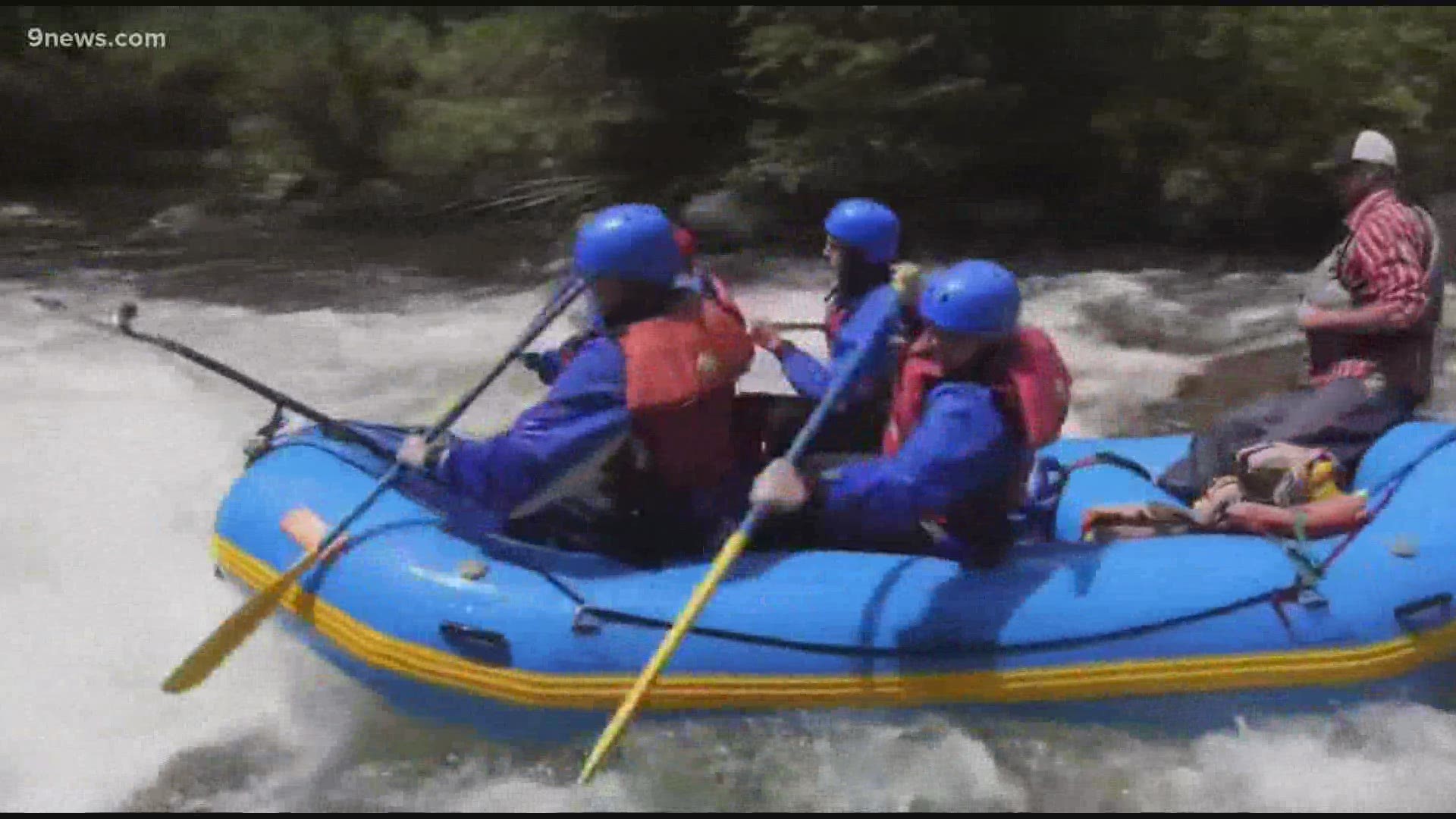 COLORADO, USA — Colorado already lost the end of the ski season to the COVID-19 pandemic, and now the beginning of the white-water rafting season has been delayed.

The rafting season typically only lasts 11 to 12 weeks, and due to the COVID-19 safer-at-home orders, the first month appears to be lost.

Several rafting companies told 9NEWS that they have canceled reservations for the first two weeks of May, and some even had customers ready for tours in late April.

Most companies are refunding trips or rescheduling for later this summer.

His organization represents about 50 of the state’s 190 rafting companies.

Costlow said they are mostly small businesses that won’t make it much longer without income. That’s why his organization submitted a proposal to Gov. Jared Polis that would allow the season to open, and still maintain an acceptable level of social distancing.

“We think our plan will accomplish that. It protects customer health, and still allows people to show up and have a good time,” said Costlow. "We would like to see rafting resume for Memorial Day weekend."

The CROA proposal includes specific guidelines for rafting outfitters to use:

“They’re definitely attainable for us. Those are things that we can do,” said Ryan Snodgrass, co-owner of Downstream Adventures based in Empire.

His company guides tours down nearby Clear Creek, which was the second busiest river in Colorado, next to the Arkansas.

He said it's usually drought that is the biggest threat to his business, so they need to capitalize on seasons with high snowpack, like this year.

“The water is there for us this year, so as long as we are able to operate safely, we’ll be able to get out on the river and have a good time,” said Snodgrass.

Rafting companies brought more than 542,000 people through Colorado white water in 2019, with an economic impact of $188 million, the second-highest total since 1988, according to the Colorado River Outfitters Association.

CROA has not yet received a response from Polis, or the CDPHE, but they're confident they will get word at some point this week.