In a Twitter rant, Spike Eskin argued that home court advantage in Denver is “unfair and unreasonable.” 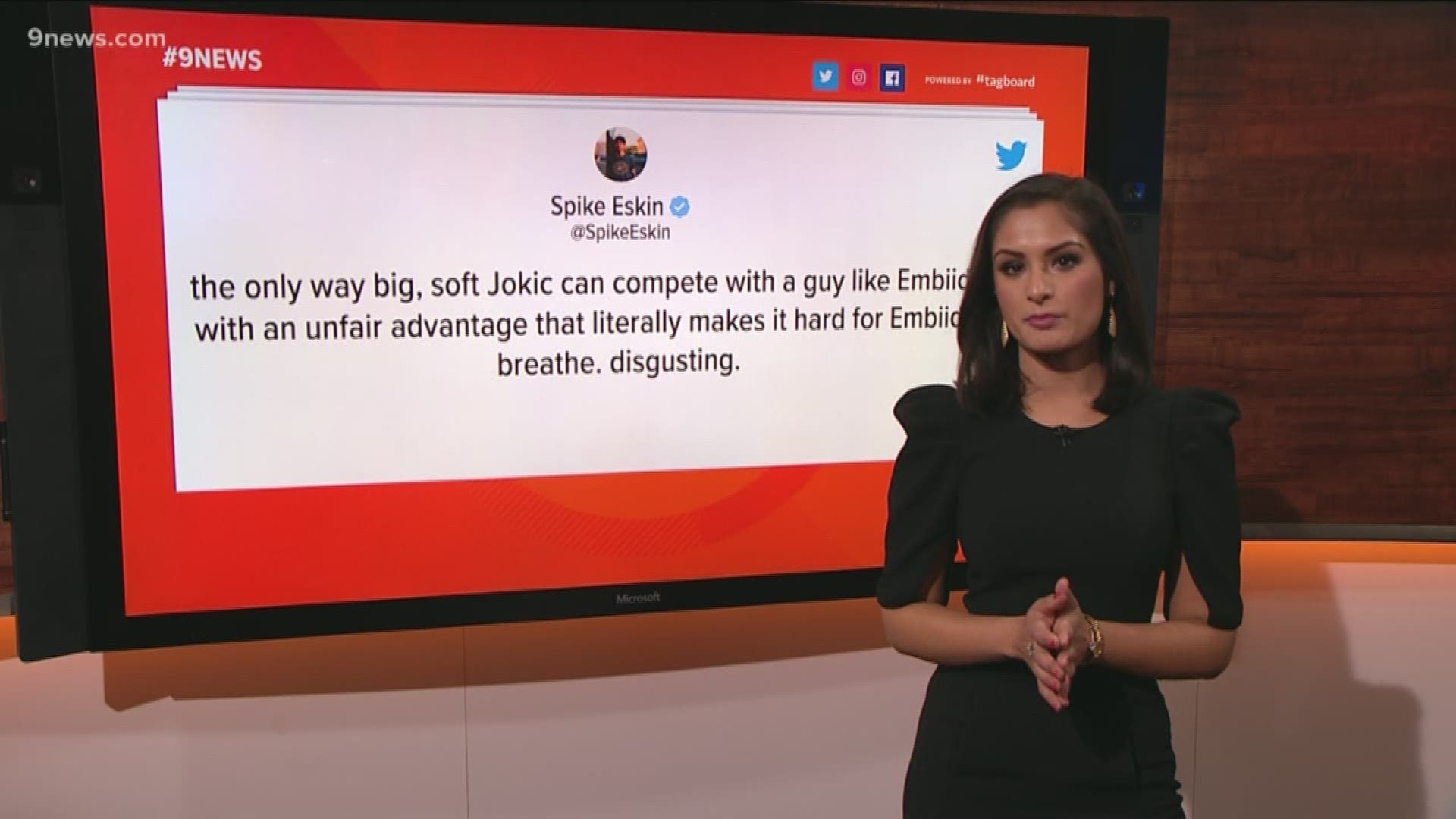 DENVER — A sportscaster out of Philadelphia took to Twitter last weekend to suggest that altitude is giving Denver pro sports teams an “unfair and unreasonable” physical advantage over visiting teams.

The series of tweets came before the Denver Nuggets defeated the Philadelphia 76ers in a game Friday night at Pepsi Center.

“Remember when watching tonight's game that the home court advantage in Denver is unfair and unreasonable considering the physical disadvantage that the visiting team has," a tweet from Spike Eskin said. "Denver should not have any home games if we insist on giving them pro teams."

In his Twitter rant, Eskin also used the hashtag "#BanDenver."

“Imagine at a sports arena if they pressurized it so the away team would have trouble breathing? it would be disallowed immediately. this is basically what happens in Denver,” another tweet reads.

Eskin went on to make at jab at Denver Nuggets center Nikola Jokić. The comment did not sit well with Denver fans.

Whether altitude alone is enough to affect the outcome of games has long been a matter of debate.

In a Verify story last year, 9NEWS talked to Indigo San Millan, the director of the Sports Performance program and Physiology lab at the University of Colorado, about Denver's altitude and whether or not it carries a home field advantage.

“It doesn’t matter the sport. When you come to altitude and you want to compete, you’re going to suffer, you’re going to pay for it,” Millian said. “And if someone is waiting for you here, right, with the knife well sharpened, they should take advantage of you.”

Bottom line? Altitude affects an athlete’s performance. Teams who practice at sea level tire 20 percent faster and transport 10 percent less oxygen in their bodies when they compete in Denver.

But a team’s overall ability matters too. Altitude gives mile-high teams an edge, but it can’t win games.