COVID-19 knocks NC State out of the College World Series

Vanderbilt will automatically advance to the finals. 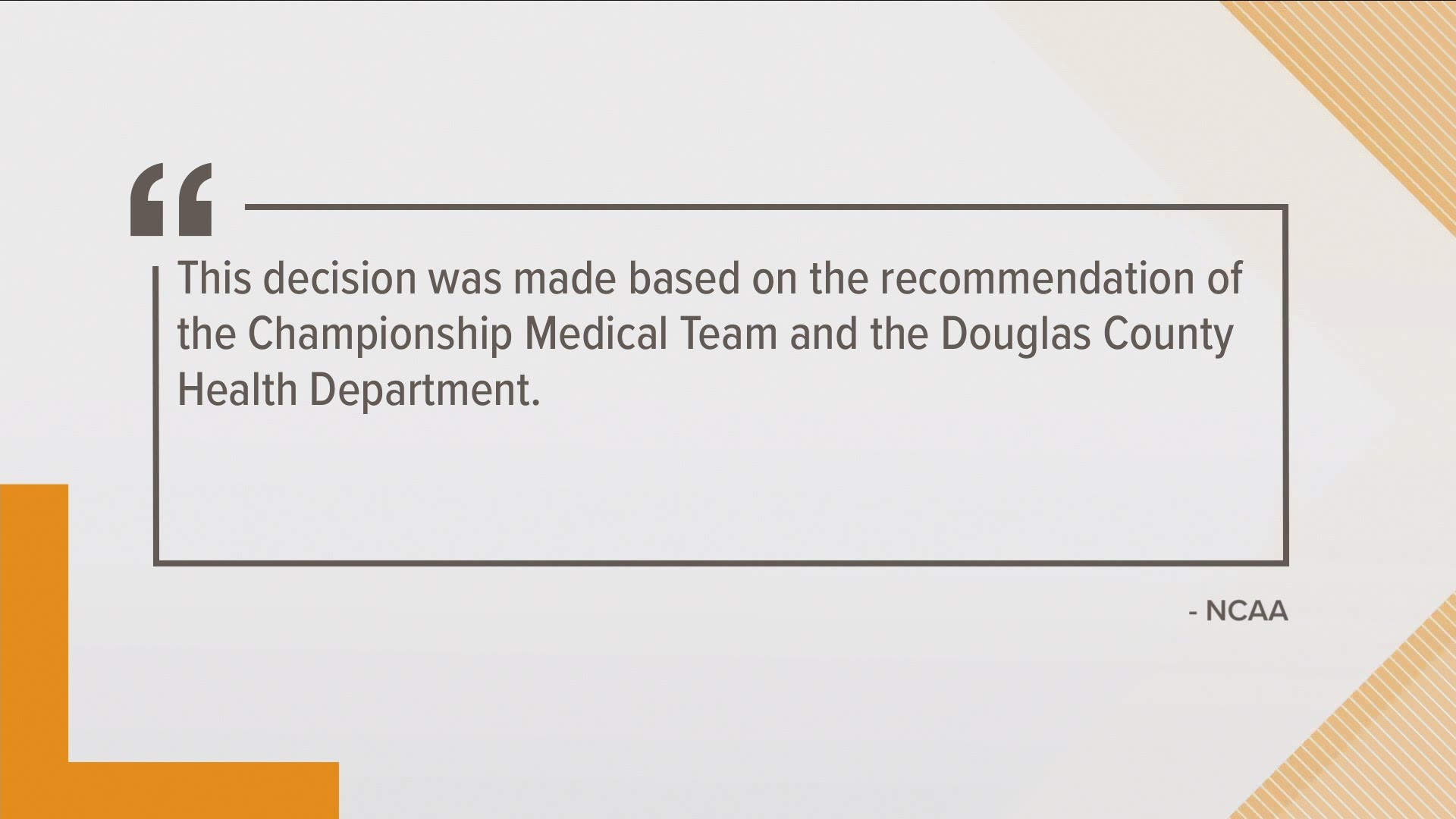 OMAHA, Neb. — In an unexpected turn of events, the Vanderbilt baseball team has made it to the College World Series Finals.

The NCAA announced early this morning that the game scheduled for today at 1 p.m. between Vanderbilt and NC State is a no-contest because of COVID-19 protocols.

Since Vanderbilt won the first game between the two on June 25, this means that the team automatically advances to the College World Series Finals.

The NCAA said in a statement, "This decision was made based on the recommendation of the Championship Medical Team and the Douglas County Health Department."

After NC state said that "several players" had entered COVID-19 protocol, the team only had 13 out of 27 players available during their first match against Vanderbilt.

The NCAA does not require athletes or coaches to be tested for COVID-19 if they are fully vaccinated and have no symptoms. Those who are not vaccinated must be tested.

Tests are done every other day, according to the NCAA.

The Tennessee Volunteers were eliminated from the College World Series after losing two games to Texas.

Texas won against Mississippi state on Friday, June 25. If they win again, they will play Vanderbilt in the finals.