Addy McCord has led the Beaver Creek Ski Patrol for half of her 40 years at the resort. Her team is made up of one-third women, 10 percent higher than the average. 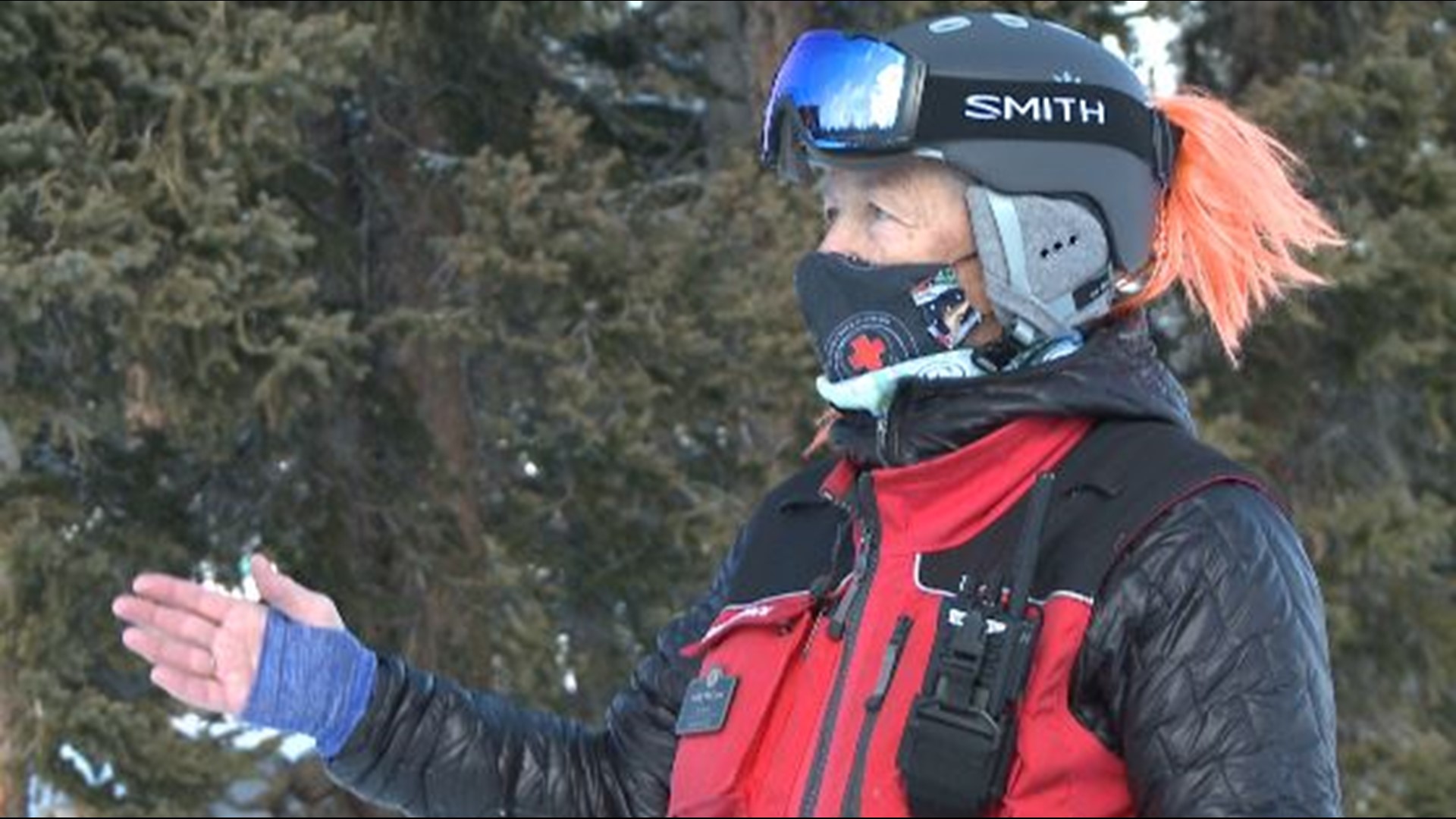 AVON, Colo. — For a field that's been dominated by a tradition of "men in beards" for decades, one resort in Colorado isn't just changing the game, it's actually been ahead of the curve from the beginning.

"This was our first year on ski patrol, the three women," Addy McCord said, pointing to a picture from 1982.

Beaver Creek opened only one year earlier in 1981.

McCord, now 64, only thought she would be a part of the ski patrol for that one season.

"I think it was rare," she said, of being a woman on ski patrol in the early '80s. "I grew up skiing in Colorado and I would see ski patrollers and it was always men. One time, I saw a female ski patroller in Vail and I stopped cold in my tracks and said 'there it is, I want to do that!'"

Now 39 years later, McCord is now the Director of the Beaver Creek Ski Patrol, and has been since 2000. She's not nearly the only woman in the room anymore. One-third of her 60-person team is made up of women, which is well-ahead of the 23 percent of the nationwide average of female ski patrollers.

"I think it's just really the industry and what the tradition has always been and the male charge for snow and skiing and kind of running into the fire mentality," patroller Amy Galipeault said. "I think there's becoming more of an acceptance amongst everyone really, for female patrollers and female presence in our knowledge and powerbase and everything like that."

Galipeault has worked for McCord for eight seasons along with her avalanche rescue dog, Raven. Seeing a woman at the helm has pushed her to pursue some different avenues, and eventually leadership positions.

"That is a woman who has inspired me to continue to go down these odd paths and to work to find your position, and your power, and your voice," she said.

McCord said she takes pride in consistently having the best patrol in the country, and that starts with hiring the best.

"The goal is to hire the best possible candidate and the bonus out of that is many times, the woman was the best candidate," she said. "We've been super fortunate that there's women out there that want and can do this job."

The job consists of much more than just first aid to fallen skiers and snowboarders. Their duties can also include maintaining the grounds, fences, as well as deploying explosives to lessen avalanche dangers. Galipeault is specifically trained in the latter. She said it's not just a privilege to be hired as a woman, but instead to know that she and the rest of the women are the best in the business and belong in that room.

McCord feels the magnitude of that power, and what she has consistently meant to this team for four decades.

"As cliche as it may sound, it really is a thing," she said. "I don't know if because of my leadership, they've chosen to stay and chosen to bring more women with them, but it's wonderful to say that we have a crew of women that can kick anyone's...at any time.

The degree of pride that I have in this team cannot even be measured. I am proud to be their leader."