This ski wax is made from plants — rather than petroleum

A Carbondale man came up with a ski wax that's 100% biodegradable and can be an alternative to petroleum-based wax. 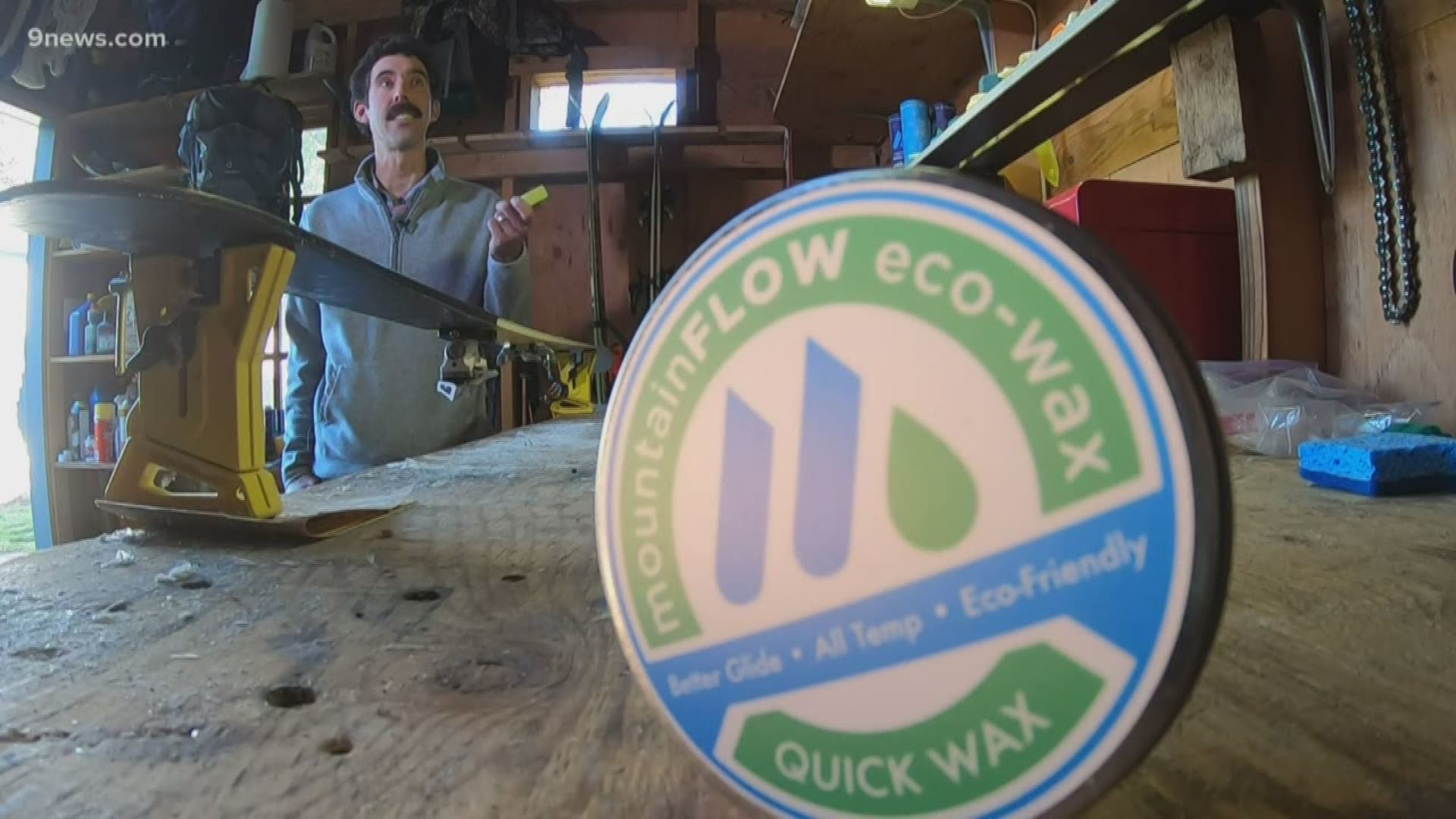 CARBONDALE, Colo. — Most of us don’t spend a lot of time waxing our skis, but Peter Arlein isn’t like most.

Arlein's spent the last two years working on a rare ski wax that’s made from plants and recently launched a company, MountainFLOW, to sell it.

He said the wax is a more environmentally-friendly approach than petroleum-based ski wax.

“We have made North America’s only plant-based ski wax,” Arlein said.

Most ski wax is petroleum-based and Arlein said when you look at the millions of people skiing every year, all that wax amounts to a lot of petroleum ending up on the snow and eventually in the water.

“When you are looking at [the] aggregate, it's millions of pounds of petroleum-based wax that gets introduced into the environment every year,” Arlein said.

Plant-based ski wax has been tried in the past with less-than-exciting results, but Arlein said he’s been working on the perfect formula, testing more than 200 variations before finding his current wax.

“It took us two years and over 200 formulas to get the wax just right," Arlein said. "Its fast, and it’s durable."

Arlein is trying to finish a kick-starter campaign to fund MountainFLOW. The campaign has raised about $18,700 so far and is 93% funded.

"Our target are ski resorts," he said. "Places like Vail Resorts, they have thousands of skis in their rental fleet and are tuning them every night."