19-year-old from Silverthorne competing in mountaineering competitions in Europe

Grace Staberg is racing on her own and winning national championships for the United States. 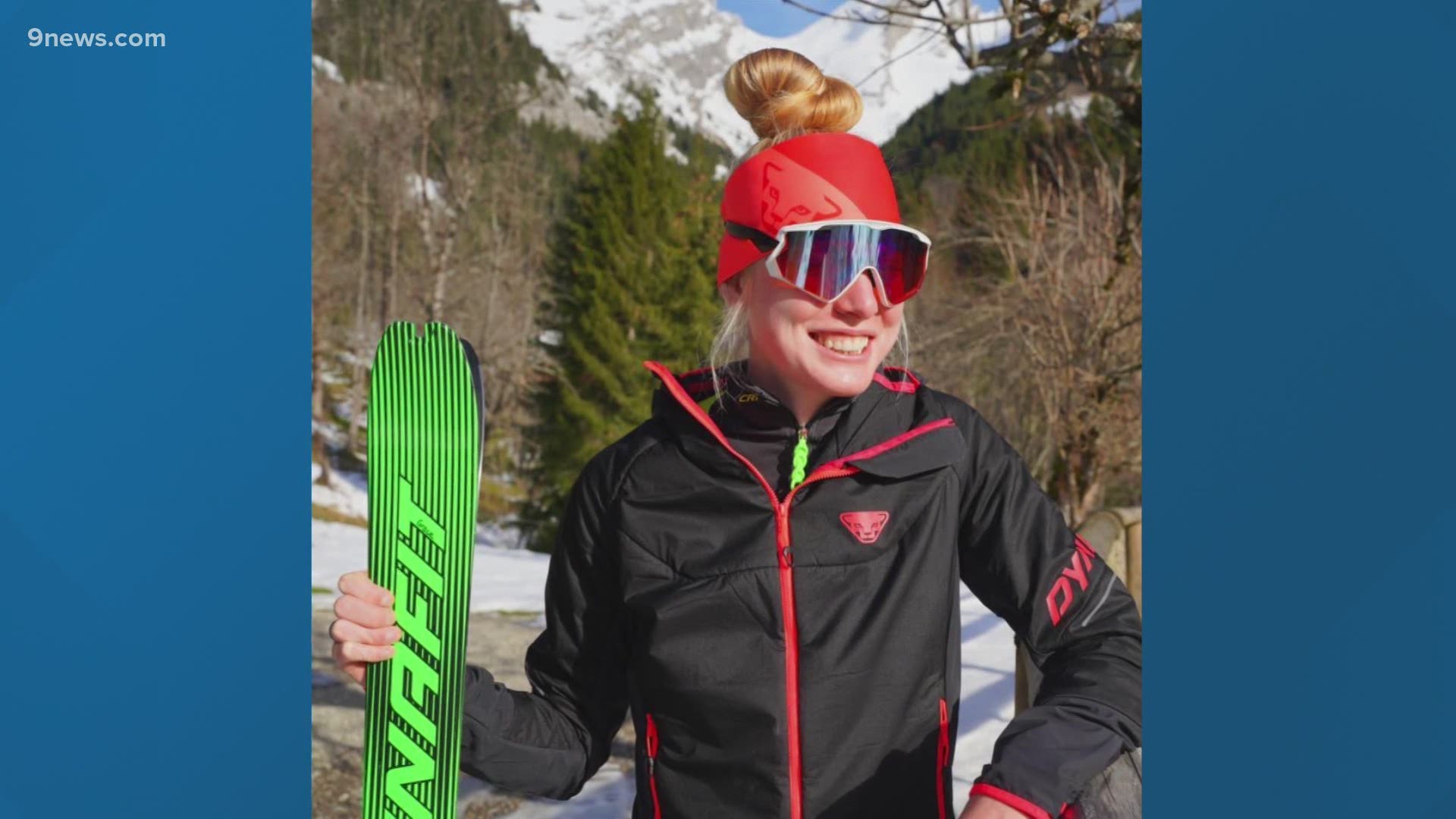 Staberg won the vertical race at the French Ski Mountaineering Championships on Jan. 9. Her teammates had to cheer for her from the other side of the world because the 19-year-old is the only American competing in ski mountaineering races in Europe this season.

In December, the U.S. Ski Mountaineering Association canceled the national championship qualifying events to keep people safe amid the pandemic. That meant the group couldn't pick a national team representing the U.S. in the World Championships in March.

Staberg, who grew up skiing in Silverthorne, chose to go it alone. She got a Visa to live and train in France. That also allowed her to compete in the World Cup circuit.

"I think this year I'm just grateful to be over here and racing at all," Staberg said. "This summer, all athletes had to really find a new motivation for training. I had no idea where my fitness was going into this season because of what this summer was like."

Staberg has been skiing since she was a child. She didn't consider ski mountaineering until high school, when her cross-country coach was creating a team. Now she's in her fourth season.

"I loved the endurance side of big mountain skiing, and I had always been a runner," Staberg said. "It was a great way to blend passion for endurance sports and skiing."

Ski mountaineering is the race version of backcountry touring. Racers 'skin' up the mountain by putting nylon or mohair fabric on their ski bottoms for traction. After the climb, the racers ski down the mountain. The length of a mountaineering race would equal climbing and skiing down Aspen's four mountains.

While it sounds crazy to some, the challenge is exhilarating to Staberg.

"On one hand, being able to explore the mountains," Staberg said. "On the other hand, just being able to see what I can do and how hard I can push myself even if it's not necessarily in races but also training."

Staberg trains every day in France. She works with her France-based coach four to five days a week, then on her own the other days. Now she has races to look forward to on weekends. Staberg said being alone helps her focus, but she misses the usual comradery.

"For sure, at the World Cups, it feels like there's something missing," Staberg said. "You're eating dinners alone and not cheering for your teammates at races. Luckily I can cheer for the French team, but it's not quite the same as cheering for my own teammates."

Last year, Staberg competed alongside about five other Americans depending on the race. The majority of U.S. team members are usually from Colorado.

Despite not having a team to cheer on this season, the 19-year-old takes pride in competing in Europe.

"You always want to be representing your country well," Staberg said. "I think this year it feels heightened because it's just me. The U.S. is still fairly new on the World Cup scene anyways, so I would really like to make a positive name for ourselves, help us solidify our spot on the World Cup scene."

Staberg expects a couple of other Americans will join her for the World Championships in Andorra in March. It's a race the 19-year-old is looking forward to after the growth she's had in the past four years of racing.

"I just remember going and watching the girls in the front and being like if I can ever keep up with them, that will be the only goal I feel I'll ever need to accomplish," Staberg said. "It's been really cool to be keeping pace with them at the World Cups. So I'm really excited to go back to World Championships and see where I can get myself this go around."

Staberg has four World Cup races before the World Championships.

When she's not racing or training, Staberg is taking online classes through the University of Vermont.