Search and rescue crews prepare for busy season in the backcountry

Four people have died due to avalanches in Colorado since Dec. 15. 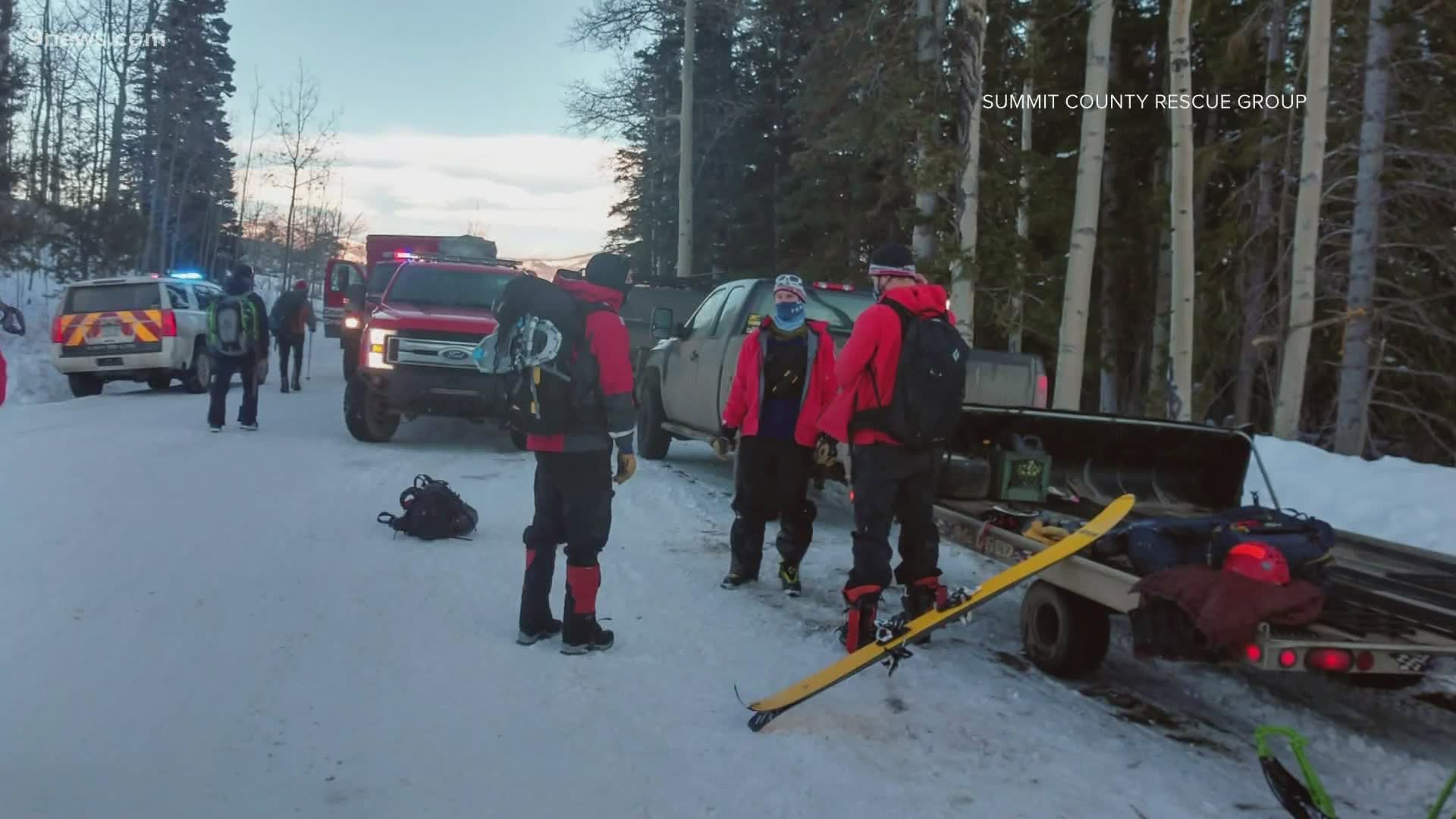 SUMMIT COUNTY, Colo. — Search and rescue crews in Colorado said they are concerned about what's shaping up to be a busy season in the backcountry.

"Not only because of all the newbies, but also because right now we’re at four avalanche fatalities across the state," said Anna DeBattiste, the spokesperson for the Summit County Rescue Group. "That’s more than half of what we had for all of last year.”

She said complacency is the enemy when it comes to accidents in the backcountry.

"Thinking just because you have experience and you have training and you have safety equipment, that you go and ski anywhere you want," she said. "That’s a concern.”

DeBattiste and the team of about 65 volunteers responded to their first call of the season on Dec. 21.

“A couple of snowmobilers came upon a slide up near Elliot’s Ridge, and at the toe of the slide was a mangled snowmobile," DeBattiste said. “It looked like there might be someone buried in that avalanche.”

A 911 call triggered a full response to the area south of Kremmling. DeBattiste said Summit County Rescue Group sent 22 volunteers. There was a medical helicopter in the air and search dogs were ready to be deployed, but DeBattiste said the call was a false alarm.

“We discovered that the slide had actually happened the day before," she said.

Sheriff's deputies tracked the registration of the damaged snowmobile to its owner, DeBattiste said. He had made it home safely with minor injuries. While the snowmobiler reported the avalanche to the Colorado Avalanche Information Center, DeBattiste said a simple phone call could have avoided an emergency response.

"The snowmobiler should have called the non-emergent number in the county that he was in which was Summit County and reported that there was an avalanche, but that nobody was buried," she said.

RELATED: Avalanche danger is high despite the lack of snow in Colorado

Communication could have saved time and resources, but DeBattiste still sees a silver lining.

"Everyone got there quickly," she said. "We had all the resources we needed, and so we considered it a training exercise, but of course, we wouldn’t want that to be happening every week.”

DeBattiste said calling 911 is the right thing to do if you witness an avalanche and aren't sure if someone is buried.

“If it’s an avalanche with a possible burial, it goes straight to an all-call for our entire team," she said.

As snow falls on weak layers on snowpack across the state, search and rescue crews are ready for the next call.

“This is going to persist throughout the season," DeBattiste said.

RELATED: Skier identified who died in avalanche near Berthoud Pass