Grace Staberg skinned up Copper Mountain and skied down for 24 hours, climbing a total of 56,153 vertical feet. 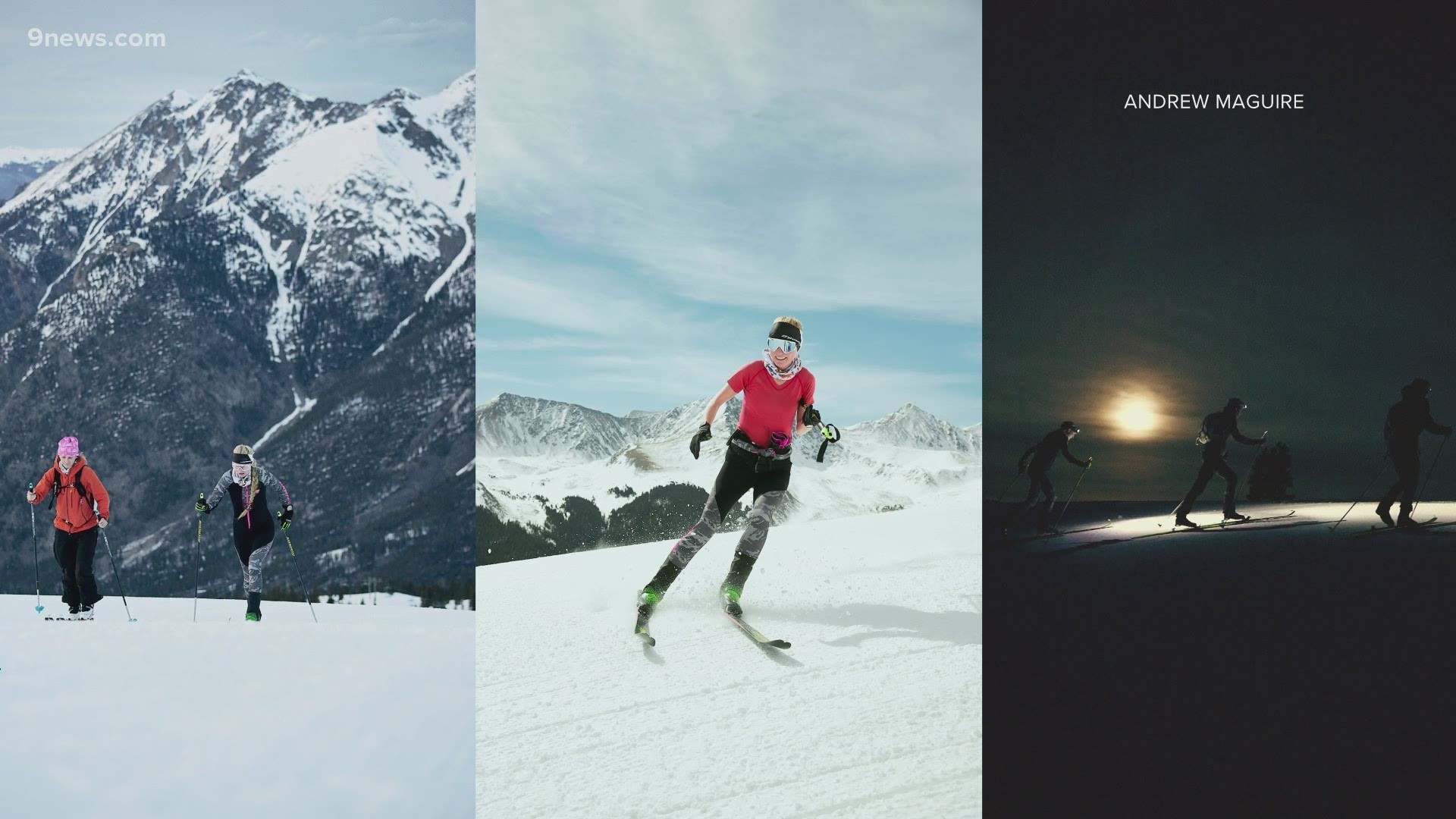 COPPER MOUNTAIN, Colo. — The fatigue Grace Staberg felt Thursday morning after getting her second dose of the COVID-19 vaccine may have had more to do with shattering a record than a shot.

“It’s nice to have a little excuse to relax," Staberg said. "Not complaining, but definitely tired.”

On Monday morning, Staberg,19, started what would be the longest day of her life. At 9 a.m., the endurance athlete from Silverthorne clicked into her skis at the base of Copper Mountain and started walking uphill.

“I skied from the bottom to the top of the mountain for 24 hours," Staberg said.

For 24 straight hours, Staberg repeated the routine of climbing up and skiing down. Staberg competes on the world stage in the sport of skimo racing, or ski mountaineering, but she'd never attempted to stay on her skis for an entire day.

"The route wasn’t particularly exciting," she said. "It was the same route to the top of the mountain every time, so I climbed the same climb just over 21 times.”

Staberg said she felt pretty good until about midnight. At that point, she may as well have been sleepwalking in the snow.

“In the middle of the night, I started just to get really groggy from not sleeping, so I was kind of starting to like stumble on my skis and fall asleep a bit," she said.

A team supported Staberg along the way as she continued a never-ending staircase on skis.

“Throughout the night when I was really tired, people were just talking at me to try and keep me awake which was really helpful," she said.

Staberg tracked her distance and elevation with a GPS watch, though she wishes she'd paid less attention to the time.

“Every time I looked at my watch and I thought about how much I still had left, mentally, that was challenging for sure," she said.

At 9 a.m. Tuesday, with a group cheering her on, Staberg reached the 24-hour mark and a new North American record for most vertical feet skied by a woman.

Staberg said she was about 1,900 feet short of the world record recently set in Italy. She came too close not to think about a second attempt.

“I think I would love to do it again eventually, but I may need to get myself some time to forget how much it hurt first," she said.