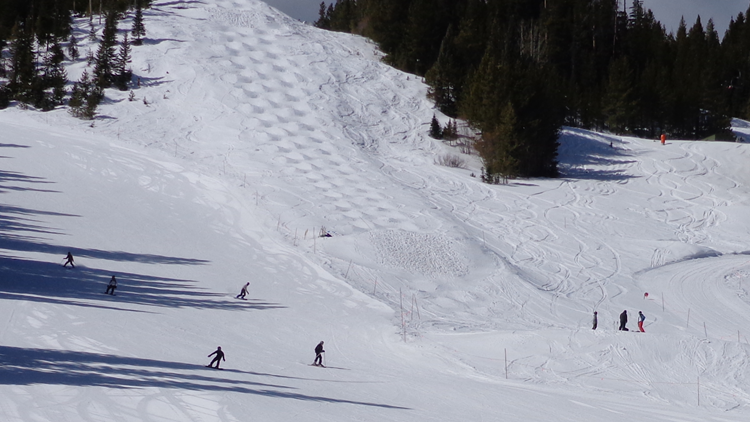 Photo by: KUSA
A file photo of Winter Park Resort

WINTER PARK, Colo. — A skier who was reported missing Saturday at Winter Park Resort was found and later died from an unknown cause, according to a statement from the resort.

Police said Ermilio was skiing with friends when they became separated near the Whistle Stop and Dormouse runs at around 4:20 p.m. His friends waited for him at the resort base and later contacted authorities when he did not arrive after some time, according to police.

Winter Park Ski Patrol immediately began searching and found the skier about 7:35 p.m. in the trees adjacent to the White Rabbit trail, which is an intermediate run at the resort.

Police said a preliminary investigation revealed Ermilio was not an experienced skier but was wearing a helmet when the accident happened.

Ermilio was found by authorities with head and facial trauma injuries, police said.

Ski patrol members began rescue efforts and transported the skier to the Denver Health Clinic at the base of the resort, where he was pronounced dead about an hour later.

The Grand County Coroner's Office will be investigating the cause of death.