Until this past winter, women in the sport of Nordic Combined were excluded from all high-level international competition, and are still excluded from the Olympics. 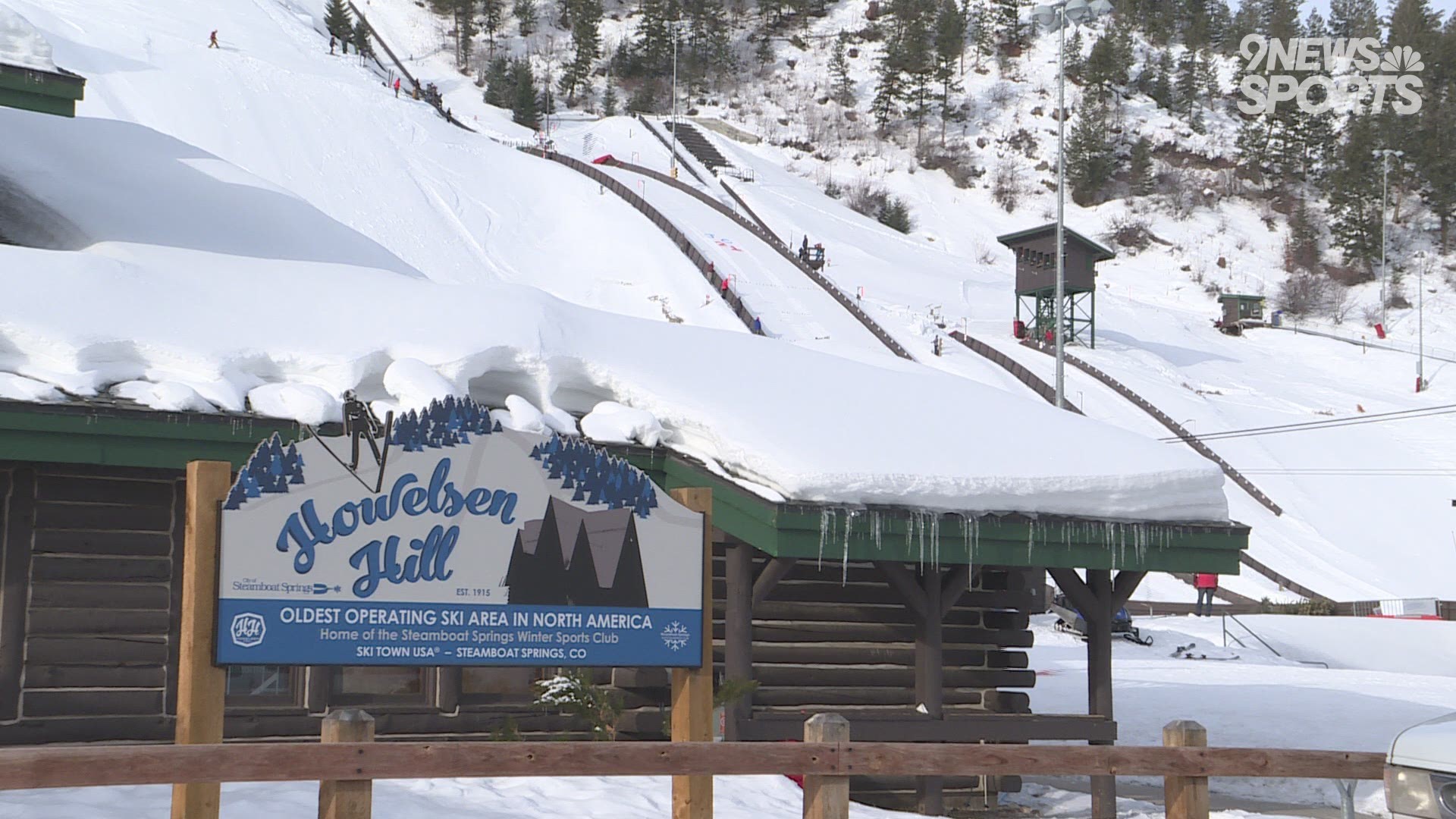 STEAMBOAT SPRINGS, Colo. — Jumping, flying, and cross-country sprinting, Nordic Combined is a sport that dates back to the 1800s, yet still has limitations on women competing in high-level international events.

"I think the biggest reason is, there's just not that many women doing it right now," Annika Malacinski said.

Nordic Combined competition starts with ski jumping. Later on the same day, the 5 km (3.1 mi) or 10 km (6.21 mi) cross-country races take place. The winner of the ski jumping competition starts at 00:00:00 and all other athletes start with time disadvantages according to their jumping score. The first to cross the finish line is the winner.

"It's almost a catch-22, people look for results and skiers standing at the ready before they want to fund a program or fund an individual athlete for a sport, but you need to fund the individual athletes in order to get them onto that level," Steamboat Springs Winter Sports Club U20 coach Karl Denney said.

Without any funding, there is no high-level competition for the athletes, which dissuades many young women from wanting to compete in the sport in the first place.

"It's difficult as an athlete to want to do a sport competitively when there's no competitions at the higher level that you can really look forward to," Alexa Brabec said.

"Since there wasn't a World Cup before this year, they really don't have that big shining light to shoot for," Denney said.

The International Ski Federation (FIS) allowed women to compete at the World Cup for the first time this year. The United States fielded a team of four women: Malacinski, Brabec, and Tess Arnone all from Steamboat Springs, as well as the first-ever Women's World Cup Champion, Tara Geraghty-Moats.

"It's just awesome to be going down in history and I can't wait to fast-forward 50 years and I'll be able to tell these stories all over again and show that we made history and how cool it is," Malacinski said.

With the first checkmark of the international recognition complete, the USA National Team is convinced that their road to the Olympics is nearly carved.

"There was some buzz about it being in 2022 Beijing Olympics, but it didn't happen, so we're hoping that the 2026 Milano will have our Olympics," Malacinski said.

"I think it will be and I really hope it will be," Brabec added. "We're seeing a lot of growth and that's a really good sign."

In the meantime, it was just nice to be back on home soil, helping the next generation of Nordic athletes take flight.

"When we come back home, everyone gives you that 'congratulations!' and it's kind of weird because you train with them and they're your teammates, but it's also really cool, as well," Arnone said.

"I grew up in this amazing place where I have the ability to ski jump and seeing all of these young athletes, and there's so many of them, I just love to reach out to them and be their friend because I know that it's hard," she said. "Especially if you want to make this sport into something really big and want to make dreams and push your limits, I think it's really hard. I think it's really important that us older athletes, role models, talk to them, encourage them, and all of it."