A video from a Reddit user showed ski patrollers using a rope to lower a skier from a chairlift on Sunday. 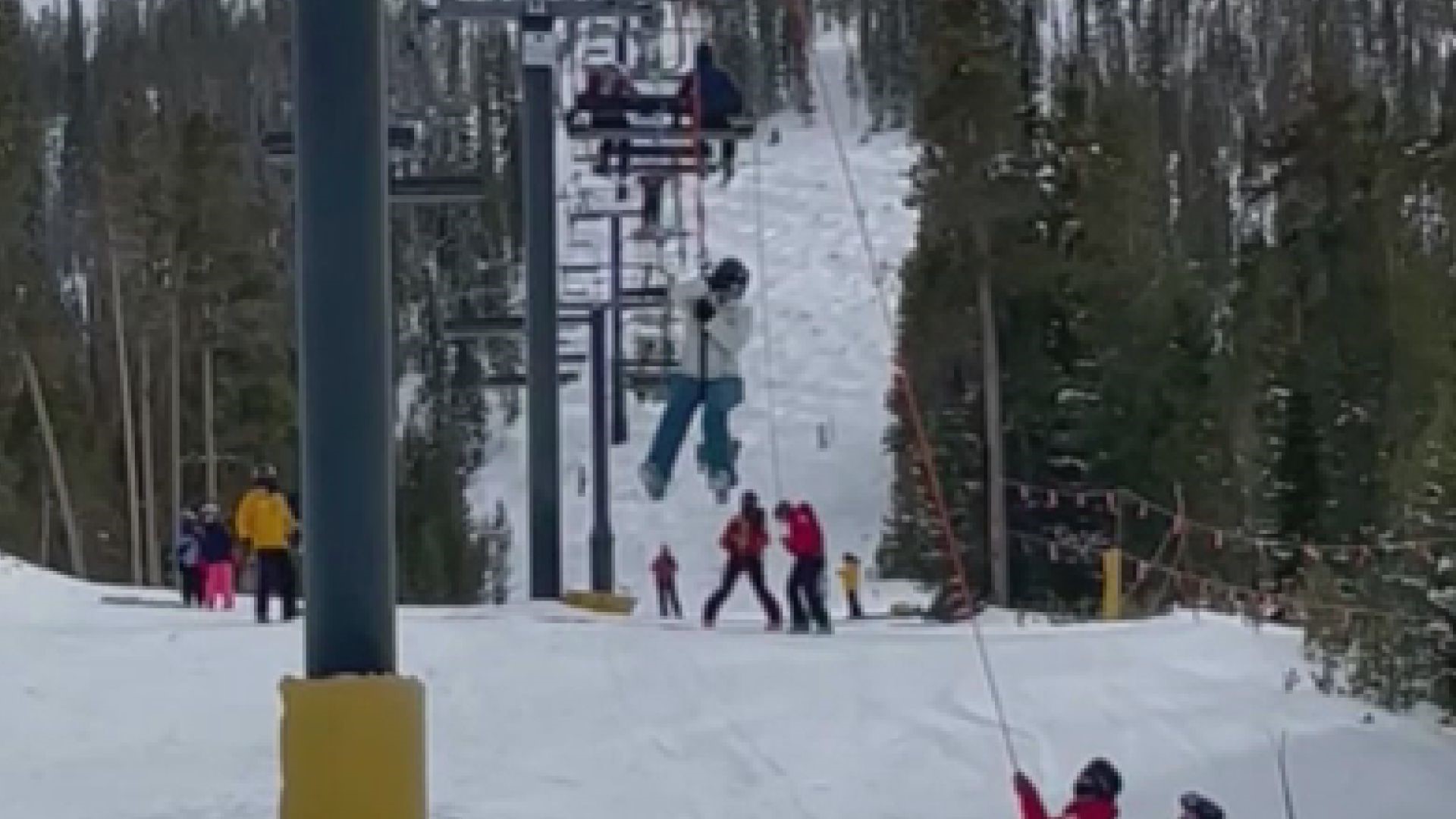 WINTER PARK, Colo. — Ski patrollers used ropes to lower people from chairlifts and were seen shimmying across the cables that connect them after the Pioneer Express Lift at Winter Park Resort stopped working Sunday.

The video above shows footage of the rescue, which a spokesperson for Winter Park said involved approximately 125 guests. The Pioneer Express Lift remained closed on Monday as crews work to conduct repairs.

“The resort teams are working to repair the mechanical issue.”

Miller said the guests who were rescued from the lift received vouchers that included a $5 coupon for “food or beverage for immediate use.” She said they will also be compensated for their experience in another way as well.

She said that manual lift rescues like this happen “infrequently,” and that it’s been several years since it last happened at Winter Park.

Nevertheless, it’s something ski patrollers train for. When a lift breaks down, Miller said ski patrollers go underneath it to check how many people are there and to tell them they’ll be evacuated. They’ll also determine if certain guests are in distress or need extra care.

From there, ski patrol begins the evacuations at the top of the lift and work their way down the mountain to the lower chairs.

According to Winter Park’s website, the Pioneer Express lift is 1,215 feet long and typically takes around 6.5 minutes from the bottom to the top.

It took about three hours to evacuate the entire lift, Miller said, and people were evacuated depending entirely on how far they were from the top.

The lift is located on the eastern end of the resort and doesn’t connect directly to the base, meaning that some of the skiers who were evacuated had to take another lift to reach the runs that do.

Reddit user Hilo260, who allowed 9NEWS to use video of the rescue, said being stuck on a lift was a cold endeavor … especially since skiing back to the base was the only option.

“If you've ever tried to ski with no feeling in your toes, it's quite hard,” a message to 9NEWS read.