The uniform unveiling comes as the latest milestone on the road to a spring 2021 debut for Austin's only professional sports team. 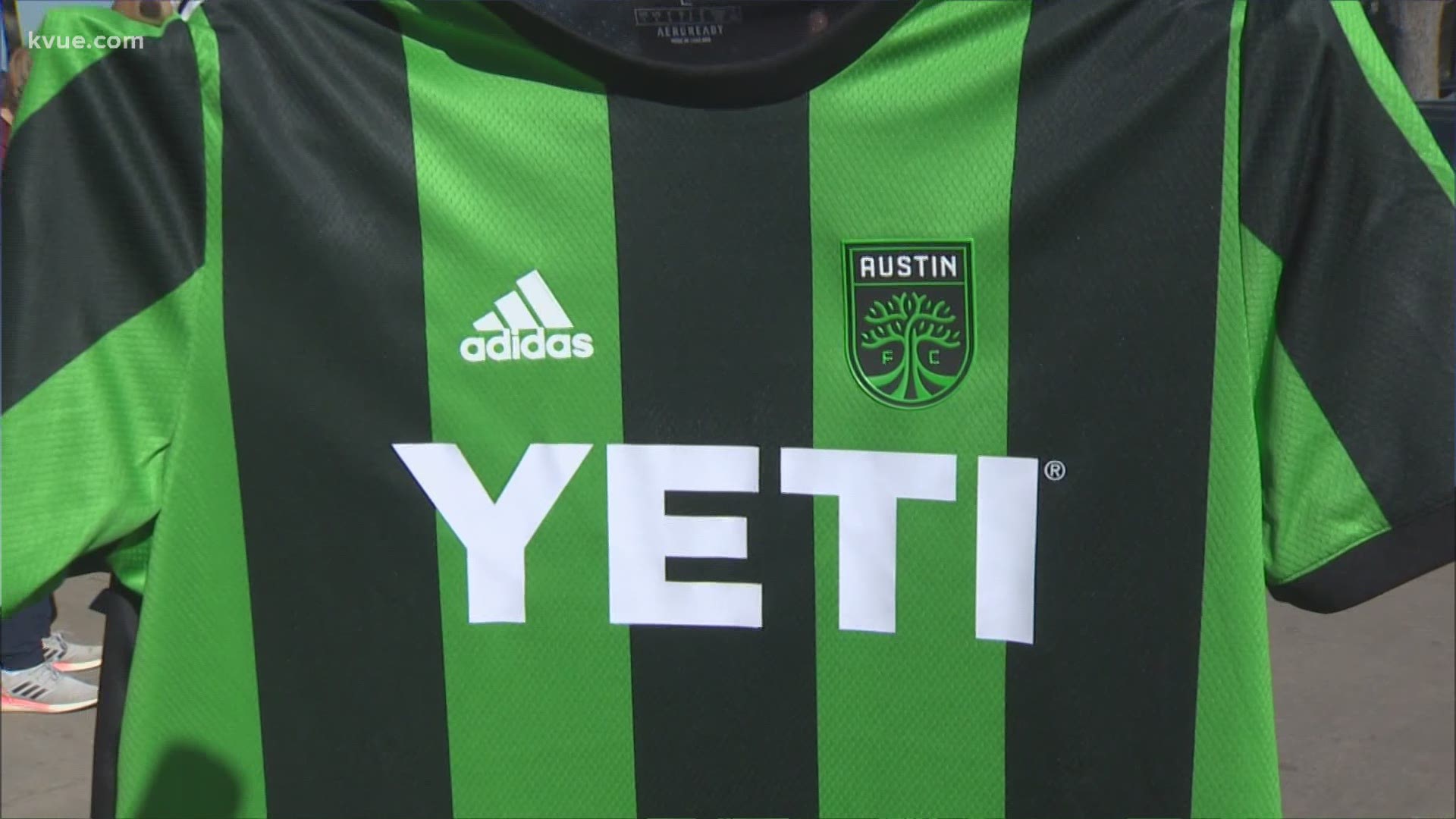 AUSTIN, Texas — On Nov. 18, Austin FC unveiled the club's kits that they'll play in during their inaugural season in the Major Soccer League (MLS).

The unveiling comes as the latest milestone on the road to a spring debut for Austin's only professional sports team.

In an email to Austin FC fans earlier in the week, the club announced that the mobile merchandise "Verde Van" would be at numerous locations around the city on the day of and days after the uniform unveiling. By Wednesday night, all of the Verde Van slots were full, but fans can still buy the jersey online.

JUST IN: @AustinFC's first jersey is available on the @adidas store! Here's a first look! #VERDE abd Black Stripes with a big @YETICoolers logo across the front #LISTOS #GrowTheLegend pic.twitter.com/F0lbOmQRj1

KVUE got a construction update for Austin FC's stadium at McKalla Place on Nov. 10. Team officials told KVUE the stadium was nearly 75% complete and still on track for its slated spring 2021 start date in Major League Soccer (MLS).

The first Austin FC jersey has been sold.

"One thing that has remained incredibly consistent is a commitment to on-time construction here at the stadium," Austin FC President Andy Loughnane said.

RELATED: A look at the Austin FC stadium construction progress ahead of spring 2021 MLS season

The stadium at McKalla Place will also – at some point years in the future – feature a public transportation station as a part of the City's multi-billion dollar transit plan, Project Connect. CapMetro, Austin's public transit service, shared renderings of what the Austin FC stadium station would look like in October.

Next, Austin FC will add to its roster in the coming weeks after partaking in the MLS Expansion Draft scheduled for Dec. 15. As of Nov. 18, the club has signed two players to its roster. Austin FC will be able to add five more players in the expansion draft, according to team officials.