After more than a year of speculation, it's official: Charlotte will be home to the 30th Major League Soccer franchise.

The announcement was made by MLS Commissioner Don Garber. The team will be owned by David Tepper, who made it clear from his first day as Panthers owner that Charlotte would be the home of professional soccer.

"All of us and all of you have worked so hard to create this reality, this dream all of you had to bring MLS to Charlotte."

Tepper beamed as he stepped to the podium for the official announcement, and wasted no time laying down a challenge to Atlanta.

"There's a team a little down the road, to the west. Screw that city" Tepper said. "We're going to have one hell of a rivalry. I'm counting on you [the fans] and we're going to get it done."

Mayor Lyles thanked Tepper for his commitment to bringing MLS to the Queen City.

"He always keeps his word," Lyles said. "He said we would have soccer and here we are today with Major League Soccer and a team."

Tuesday's announcement comes after years of speculation and some unsuccessful attempts to bring an MLS club to the Queen City. In 2017, Charlotte was a contender for MLS, led by Charlotte Motor Speedway's Marcus Smith. That bid fell apart when Charlotte City Council balked at taxpayer funding for part of the cost of a stadium. 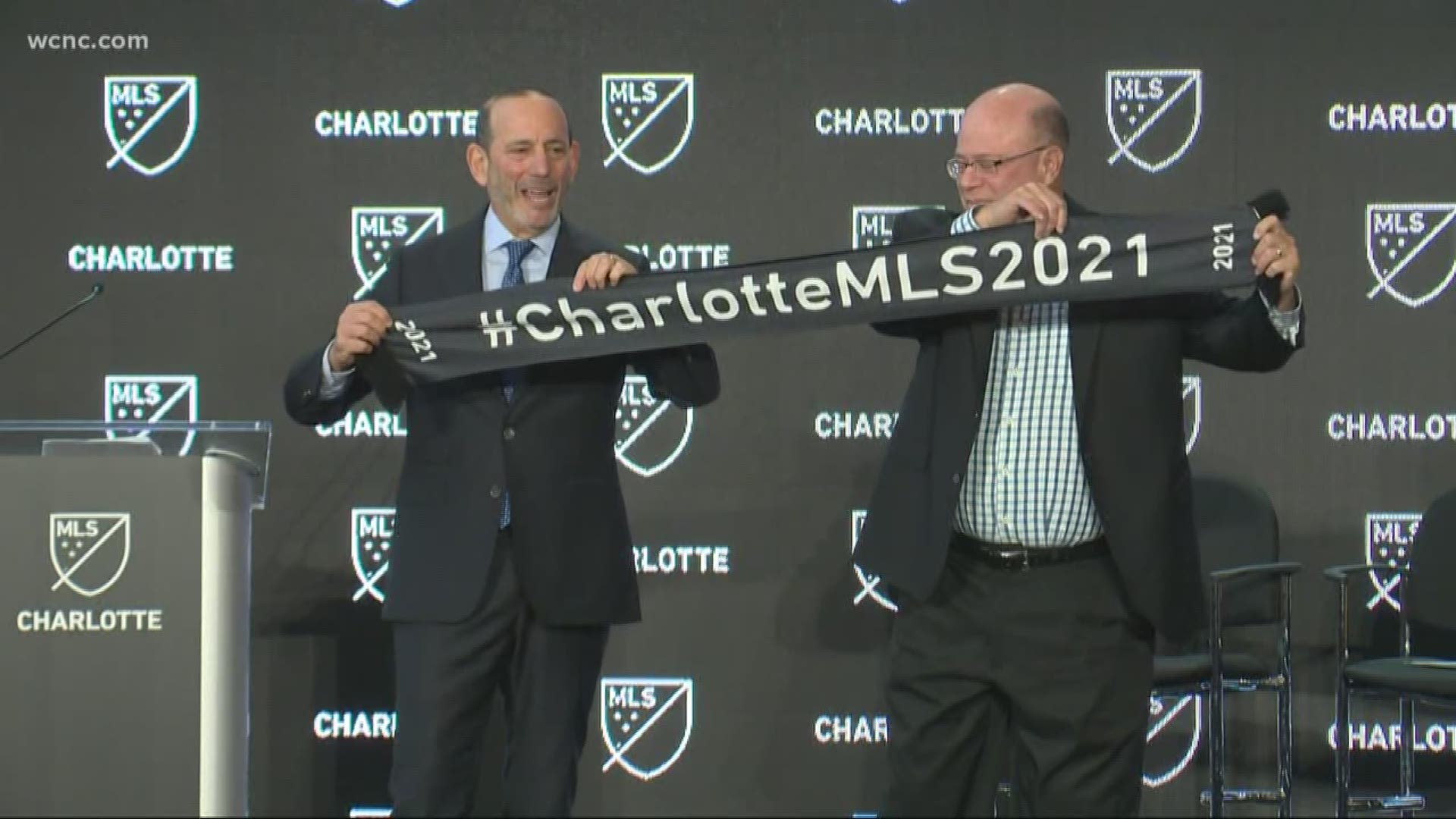 In a letter to MLS commissioner Don Garber from November, Lyles included the old Eastland Mall property for the team's headquarters and practice facilities. Stakeholders in Charlotte's campaign to land the franchise met with MLS leaders in New York earlier this month and it was believed the last hurdle to clear was stadium renovations. 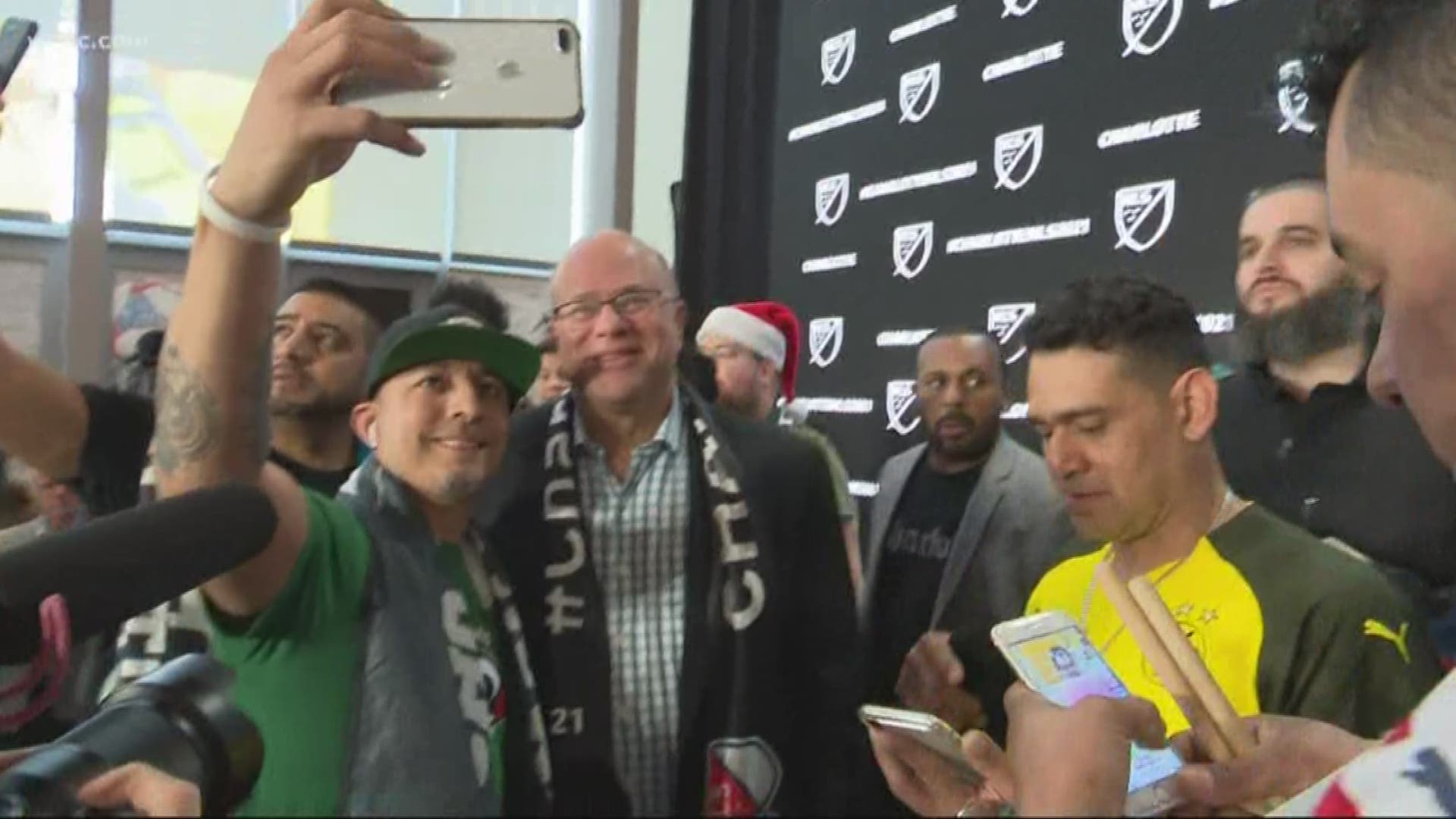 Other cities reportedly in the running for the franchise were Phoenix and Las Vegas. Tom Glick, president of the Carolina Panthers, told NBC Charlotte's Nick Carboni they were confident Charlotte would be chosen.

"They know now, from us, how well Charlotte supports soccer," Glick said. "They're really excited about the idea of an investor like David Tepper becoming an owner in the league."

At the time of those meetings, Garber would only confirm the league was in "advanced" talks with Charlotte officials. He was hopeful the city would make the money available for the necessary stadium upgrades.

The team still hasn't been officially named but the Panthers did file several soccer-related trademarks that have been speculated to be potential names. In total, DT Soccer, LLC filed eight trademarks with the U.S. Patent and Trademark Office on December 6. Six of the trademarks include the use of Charlotte in the name, while two had "Carolina" or "Carolinas," like the Panthers. It's unclear if any of those trademarks will be the name of the team. 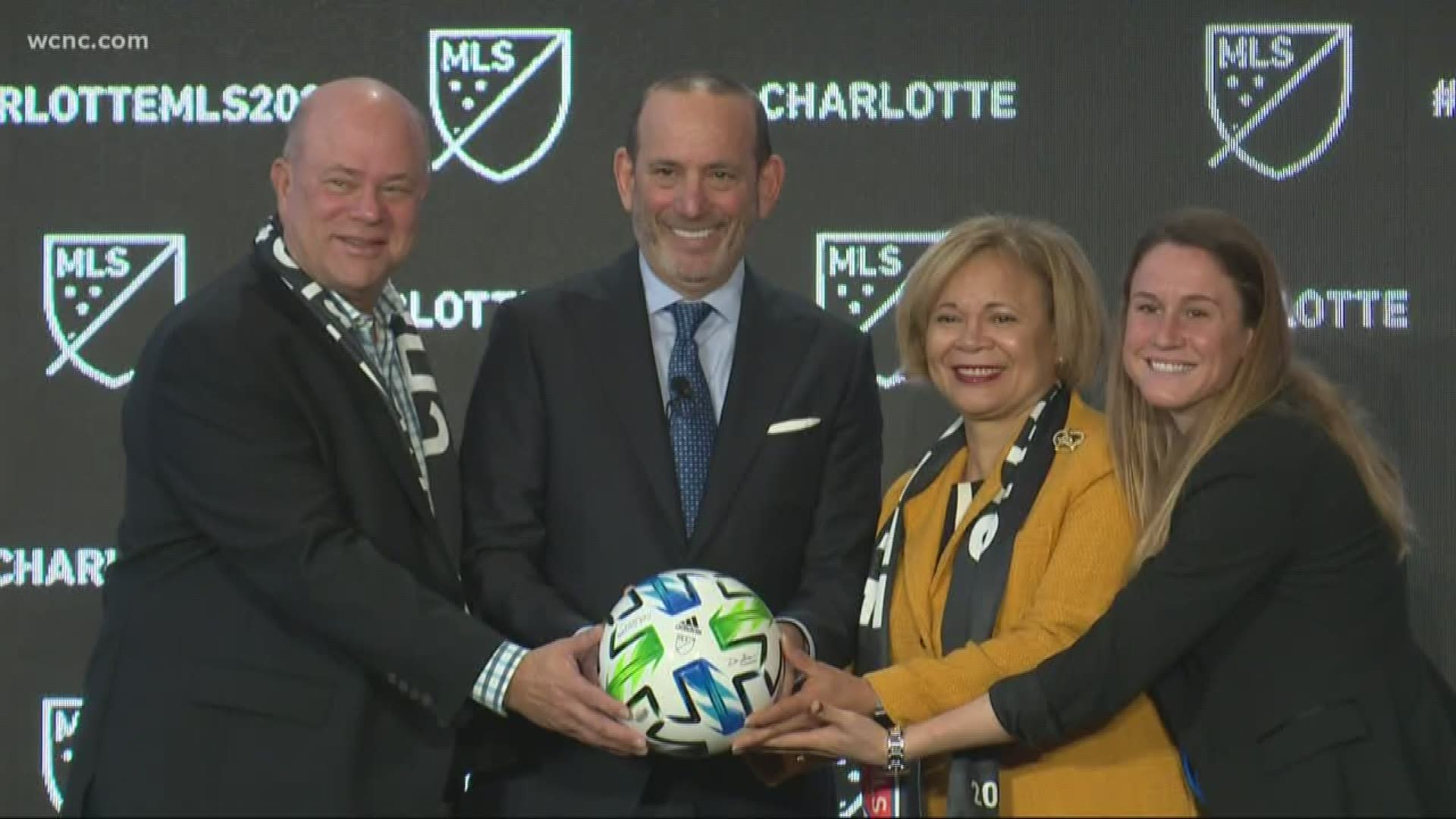 Chapter one: 'It's something that belongs in Charlotte'

Over a year ago, Charlotte's name was floated as part of potential MLS expansion.

"We are intrigued by Charlotte," Garber said during a social media Q&A during MLS All-Star Weekend in August of 2018.

Going back to David Tepper's introductory press conference, it was obvious he had his eyes on an MLS franchise at Bank of America Stadium.

“We open it up for other things. I could make an investment in MLS and I bring that here, I bring that much more dollars into the community," Tepper said.

It wouldn't be long before MLS formally announced expansion and Charlotte was widely speculated to be in the thick of it.

In April, MLS announced it would be expanding to 30 teams. With three expansion franchises already announced (Miami, Nashville and Austin), the push was on to get one of the final three slots. 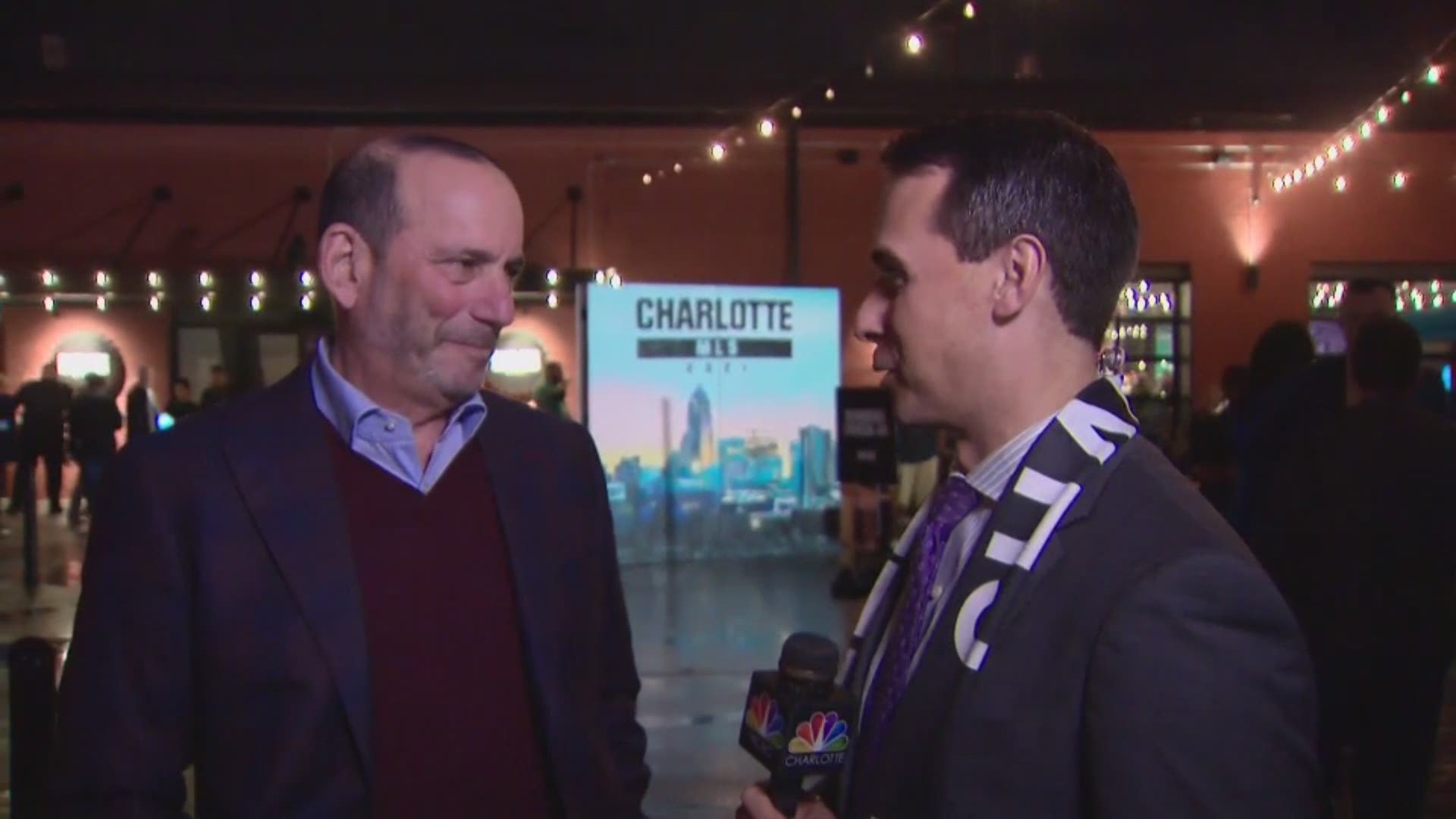 The first two went to St. Louis and Sacramento, leaving just one opening. After taking ownership of the Panthers in 2018, David Tepper made it clear he wanted to bring MLS to Charlotte, going as far as sending out surveys to Panthers season ticket holders to gauge interest about a soccer team.

"I personally believe it's something that belongs in Charlotte," Tepper said.

In June, a report from Sports Illustrated stated that Charlotte was "very much in play" for expansion, mostly due to Tepper's persistence with MLS officials, who toured Bank of America Stadium in February. In July, Charlotte's bid got another boost when Ally Financial threw its support behind it, pledging to be the lead sponsor if the city landed a franchise.

That's where the money from City Council comes in, because without a soccer-specific stadium, MLS wouldn't consider Tepper's bid. Now that the funding is all but a guarantee, Charlotte is ready for its next pro sports team.

During a charity event in August, Tepper told reporters his team was "optimistic" they could get the team.

“We have been in continuous conversations,” Tepper said. “We’re optimistic, and we’ll see. I haven’t made any secret from day one that I think this is a great area for soccer.”