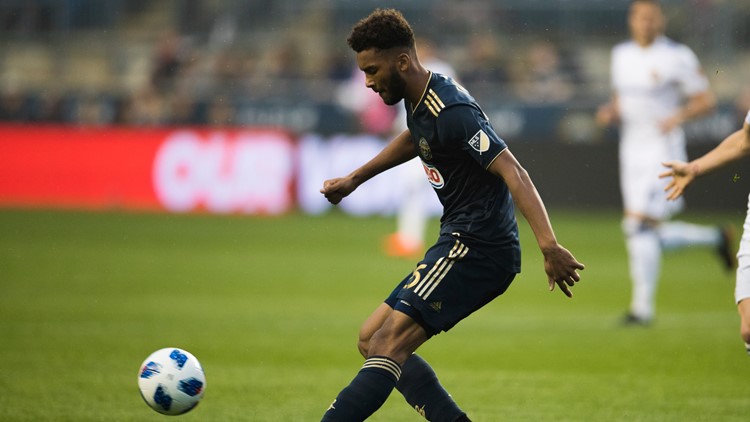 Photo by: AP
Philadelphia Union's Auston Trusty in action during the first half of an MLS soccer match against Real Salt Lake, Saturday, May 19, 2018, in Chester, Pa. The Union won 4-1. (AP Photo/Chris Szagola)

Trusty spent the past four seasons with the Union.

“Auston is one of the best young defenders in MLS and we’re excited to have him join the club,” said Pádraig Smith, Colorado Rapids Executive Vice President & General Manager. “Despite his young age, he has already gained significant experience in our league and has demonstrated his ability to compete at the highest level and we expect him to fit right into the young, dynamic core of players we are building our roster around.”

Abubakar previously joined Colorado on loan from Crew SC midway through the 2019 season making 22 appearances for the Rapids. Abubakar was selected as the club’s Defensive Player of the Year.

“We couldn’t be more thrilled to welcome Lalas back,” said Pádraig Smith, Colorado Rapids Executive Vice President & General Manager. “Since joining us last year, Lalas has been an integral part of our team and has established himself as a top defender in MLS. We’re excited to have him with us from the start next year and build on the exceptional season he had in 2019.”