The midfielder’s message for people that don’t understand what is happening in our world surrounding social injustice is a simple one. 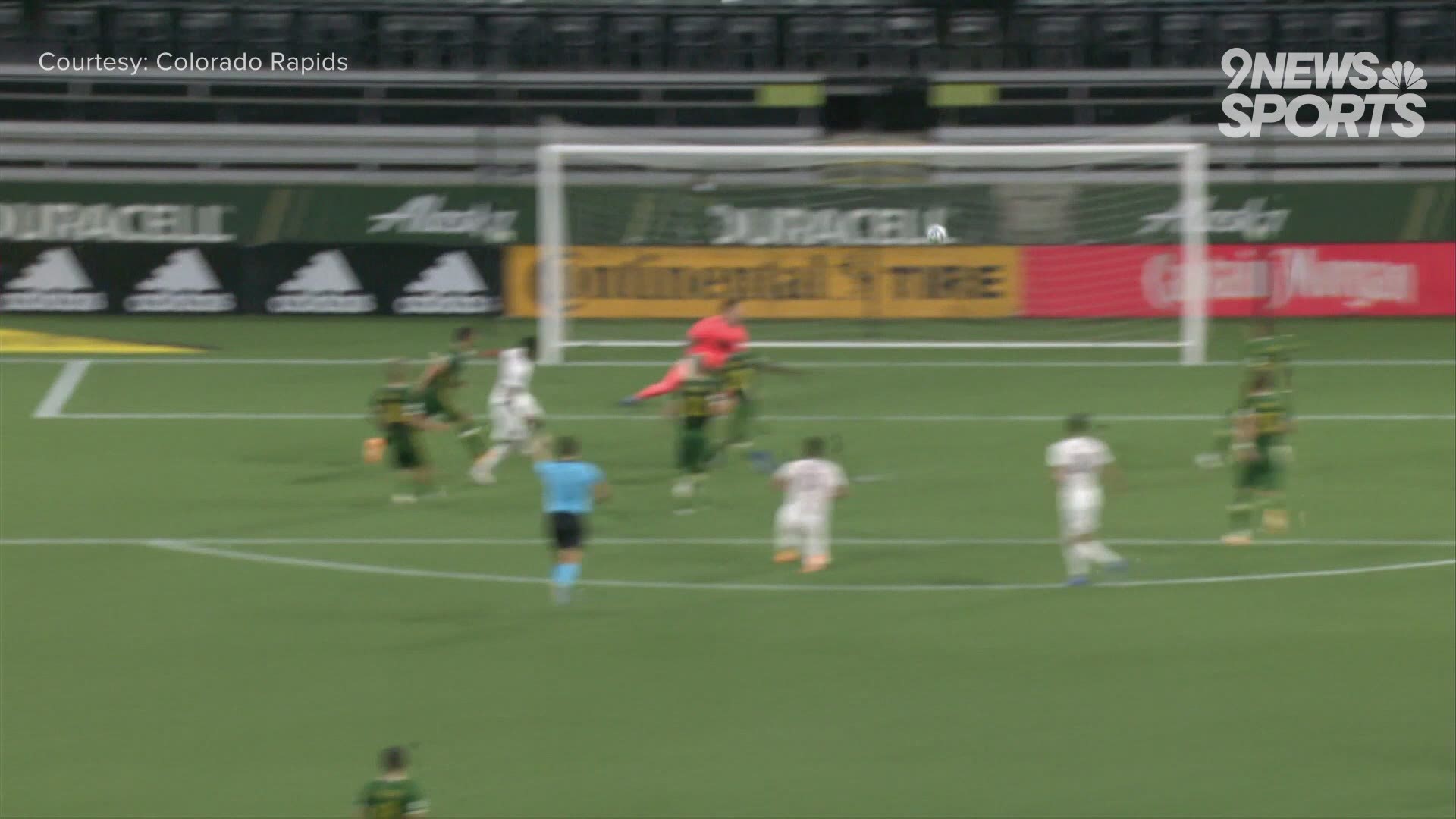 In 2020, Acosta finished his third season with Colorado, starting in 14 of the team’s 15 games. The midfielder is also coming off a U.S. Men's National Team cap last month, marking his 25th appearance with the team.

This month, Acosta is focused on Black History Month, something that is very personal to him, as he is African-American.

“Black history for me is definitely huge. It’s special for people like myself and people that look like me. I think it’s not something that we should dedicate a month to. I think it should be an everyday thing. As I was growing up, I didn’t have that person to look up to that looked like me," Acosta told 9NEWS.

Acosta has unfortunately experienced his fair share of social injustice.

“If I act like I’m educated, people say ‘oh you’re not black’ or ‘you’re the whitest black guy.’ That one kind of stings a little bit. It’s very frustrating but like I said before it’s just one of those things that we’ve kind of just gotten used to. It’s just been instilled and that’s why it’s imperative for us to have these conversations, to educate. I’ll put it in a soccer analogy. You’re starting a game down 1-0. And it’s like an uphill battle from there," Acosta said.

During the MLS Is Back Tournament in July, Major League Soccer made a statement before the first game, holding a Black Lives Matter protest with players wearing T-shirts that said “Silence is Violence.”

After participating in the protest, Acosta talked about the experience.

“It was the most powerful moment I’ve ever been a part of. It was definitely huge and for us as players to use our platform in peaceful display was awesome," Acosta said at the time.

The midfielder’s message for people that don’t understand what is happening in our world surrounding social injustice is a simple one.

“You can’t be so naïve and stubborn like we are trying to let you guys know that this is what’s happening. You need to open your eyes, open your ears, open your heart. We’re not making this up," Acosta said.

And when asked who his favorite historical civil rights figure is?

“I mean it has to be either MLK or John Lewis. Seeing how they were so selfless, and I’m forever grateful because I wouldn’t be able to live the life I live today without people like that," Acosta said.

Knowing just how important this next generation is in fighting social injustice, Acosta will have to learn how to have these conversations as a father figure. His son Emerson is two-years-old.

As a father, how does Acosta plan on teaching Emerson about black history?

"Just trying to well groom him. I want to do all that I can to help better his life so he can have the best life possible," Acosta said.

And when asked what he will do to continue fighting this fight?

“Showing face. I think that’s the biggest thing is...being available. I want people not only to see me as a soccer player, but see me as a friend. See me as a father," Acosta concluded.

RELATED: So how did the Colorado Rapids land Kellyn Acosta?