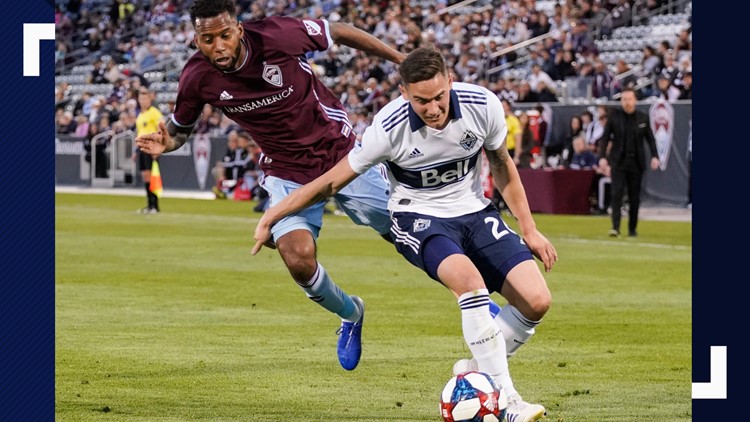 Andy Rose scored in the 87th minute to help the Vancouver Whitecaps hold off winless Colorado 3-2 on Friday night, spoiling the interim coach Conor Casey's debut with the Rapids.

Colorado (0-8-2) broke a tie for the second-longest winless stretch to start a MLS season. The Rapids fired head coach Anthony Hudson on Wednesday and replaced him with Casey.

Kei Kamara pulled Colorado to 2-1 in the 38th minute on a penalty kick and tied it early in the second half from the same spot for his seventh goal of the season. The Rapids were reduced to 10 men in the 77th when Diego Rubio received a straight red card for high contact with defender Doneil Henry.